Lisbon is just one of those places that all of a sudden became unbelievably popular to visit. It appeared into the ‘Lonely Planet’s Best in Travel Book for 2017’ and the #lisbon is popping up everywhere you look on Instagram. The Portuguese capital is hotter than hot at the moment! I however was able to visit the city way before it turned out into one of Europe’s most visited places, so here are my Lisbon highlights.

The Baixa district is the heart of Lisbon. It consists of several magnificent plazas, grand avenues and boutique shopping boulevards. Wandering through this neighborhood is an ideal way to get to know the city. Today Baixa has a lively and vibrant atmosphere, but that wasn’t always the case. On the 11th November 1755, one of the world’s strongest recorded earthquakes devastated the district and killed thousands of people. After the earthquake the buildings were rebuild in a neoclassical style, which lead to Lisbon as we know it today.

The main hub of the Baixa district is Praça do Comercio. In my opinion this is Lisbon’s most beautiful square. It was constructed in 1755 after the great earthquake on the location where the royal, Ribeira Palace, was standing. Inside the arcade of the square you will find many restaurants and bars where you can enjoy a lovely glass of Mateus in the sun. From Praça do Comercio you have a lovely view on the Tagus River, the Christo Rei Statue and the Ponte 25 de Abril, the second largest chain bridge in the world. 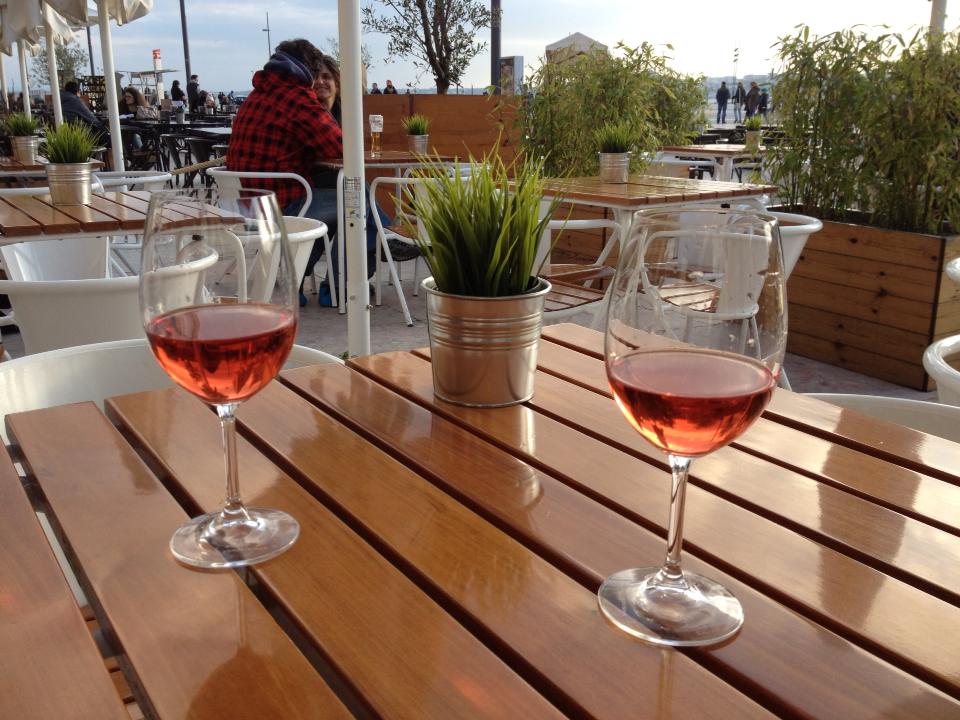 The eyecatcher of the Praça do Comercio is the Arco da Rua Augusta, which marks the entrance to the Rua Augusta, Lisbon’s grandest avenue. At the end of this street you’ll find the Praça Dom Pedro IV (or Praça Rossio as the square is also called), where the National Theater is located. The many fountains, terraces and street performers make sure that there’s always a nice ambiance. 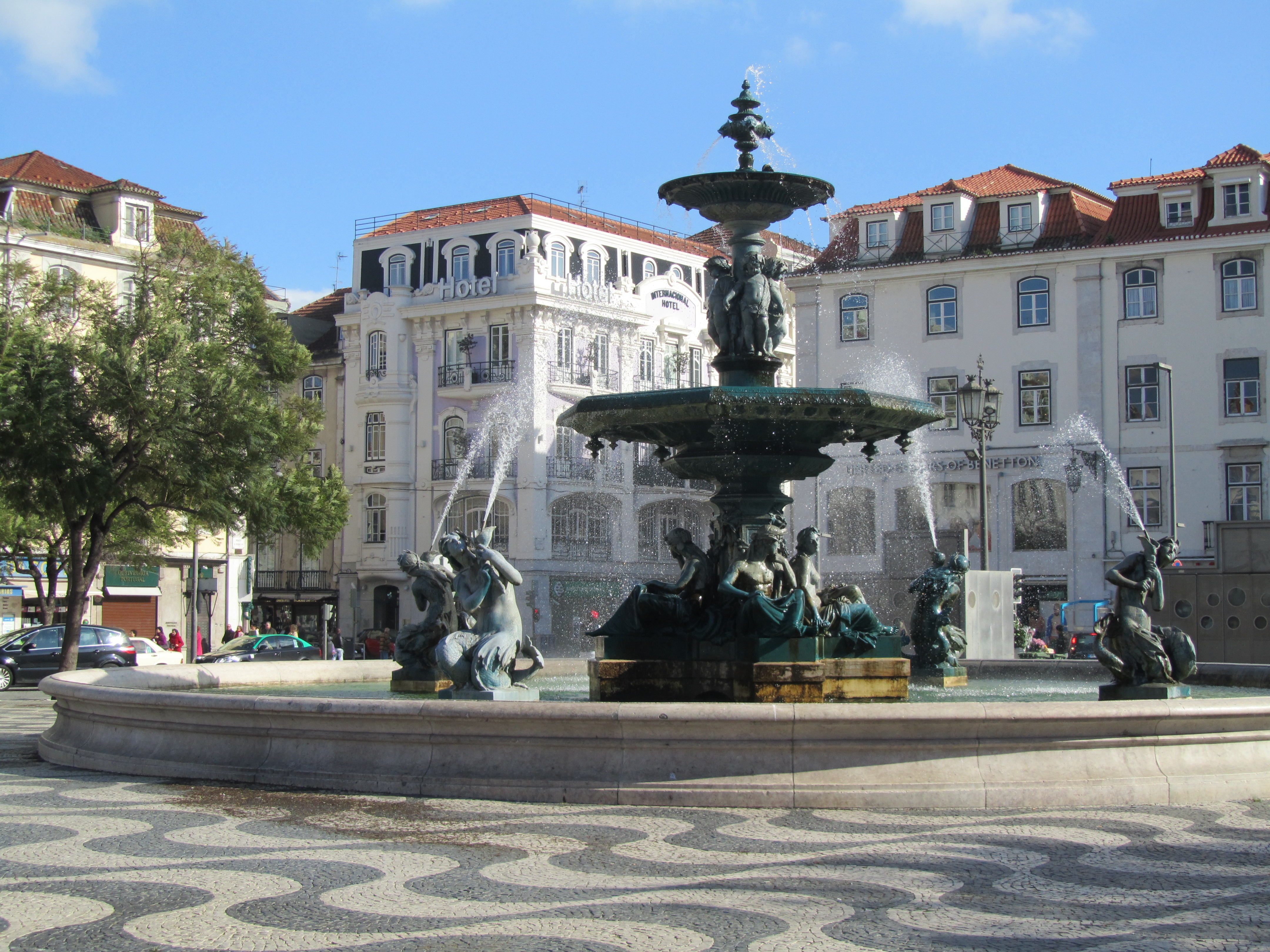 The not to miss landmark of the Baixa area is the Elevador Santa Justa, located in the Rua do Oro. The lift was built between 1900 and 1902, by a Portuguese student of Gustave Eiffel. From the viewing platform you have a wonderful view upon Baixa. When you exit the platform you enter the Chiado area, while passing by the ruins of the Carmo Church, which are a constant reminder of the 1755 earthquake. 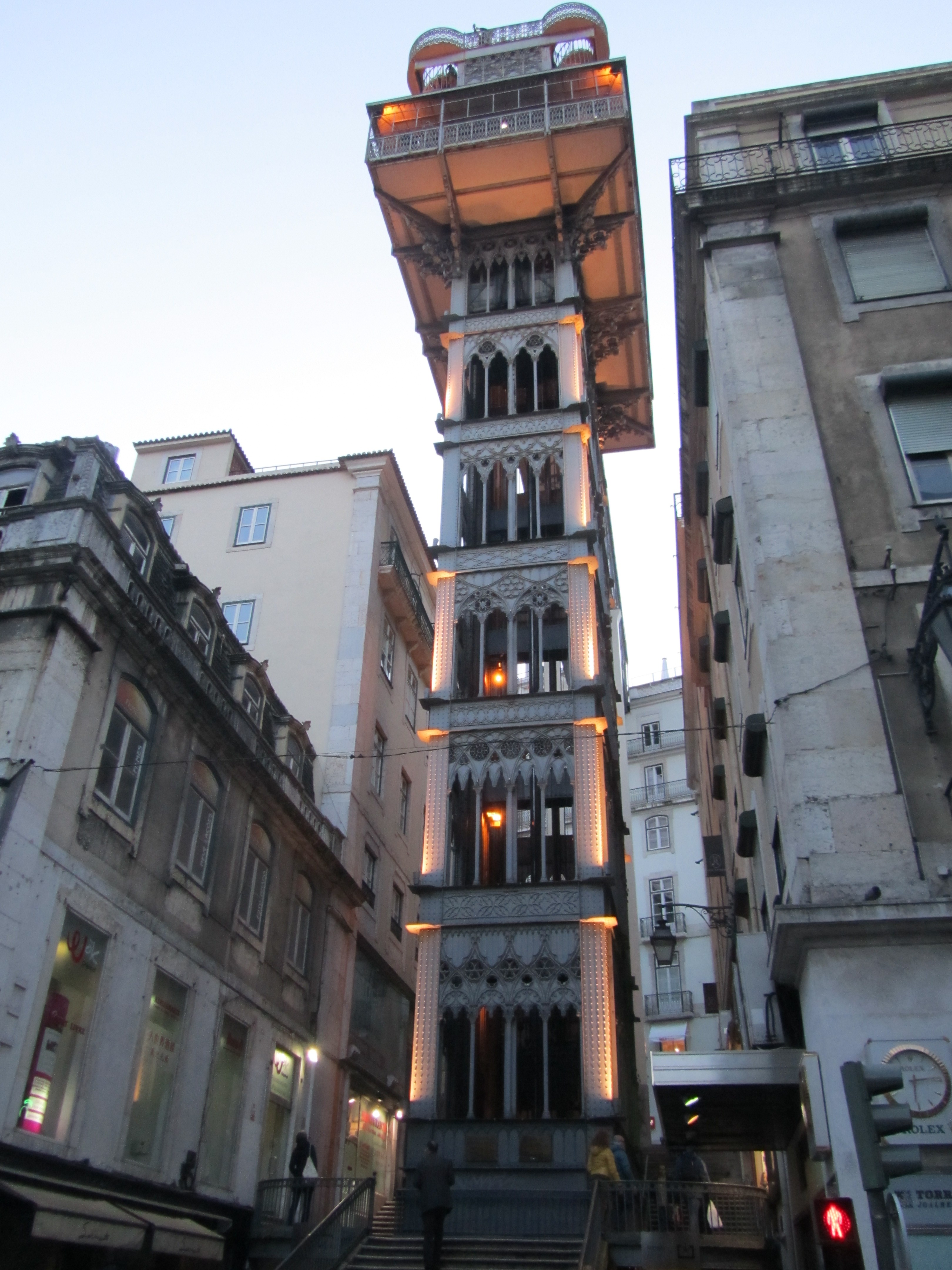 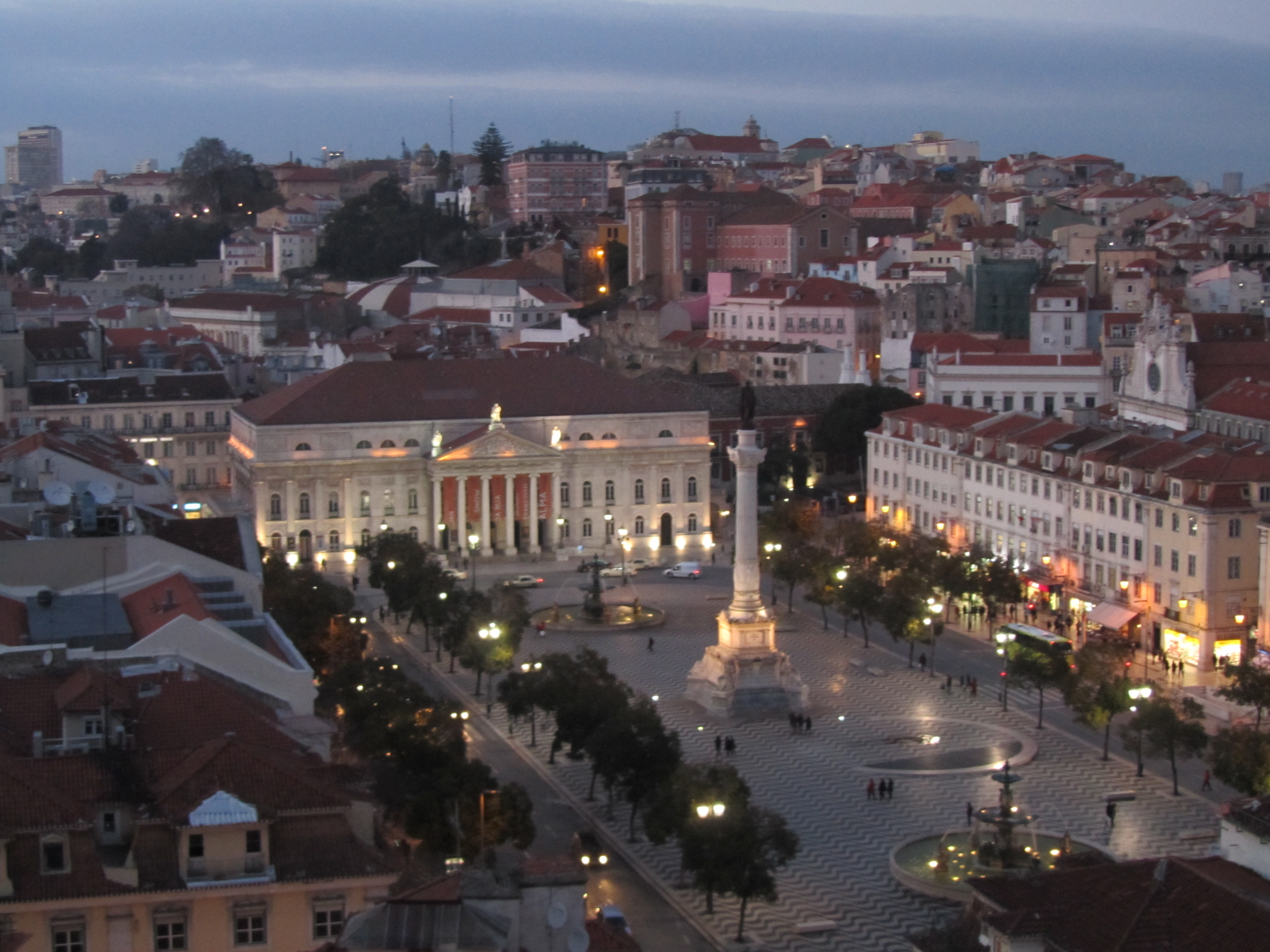 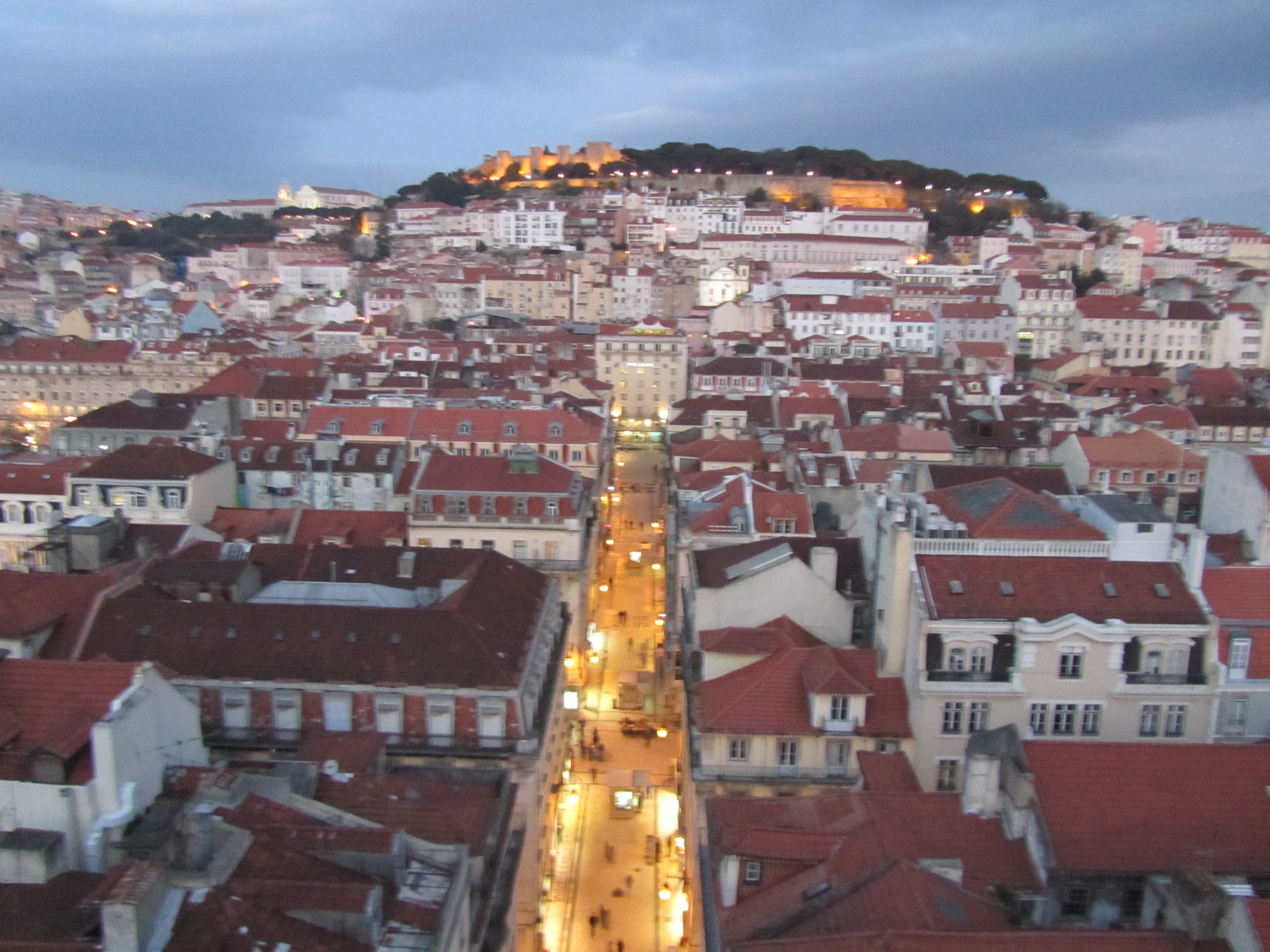 Lisbon’s steep terrain has led to the funicular railroad complementing the city’s network of public transport. The funiculars or elevadores are a popular mode of travelling to the city’s panoramic viewpoints, known as miradouros. One of the most popular funicle attractions is Elevador da Bica, which passes behind the city’s central market and through an authentic neighborhood before reaching the popular viewpoint, Miradouro de Santa Catarina. 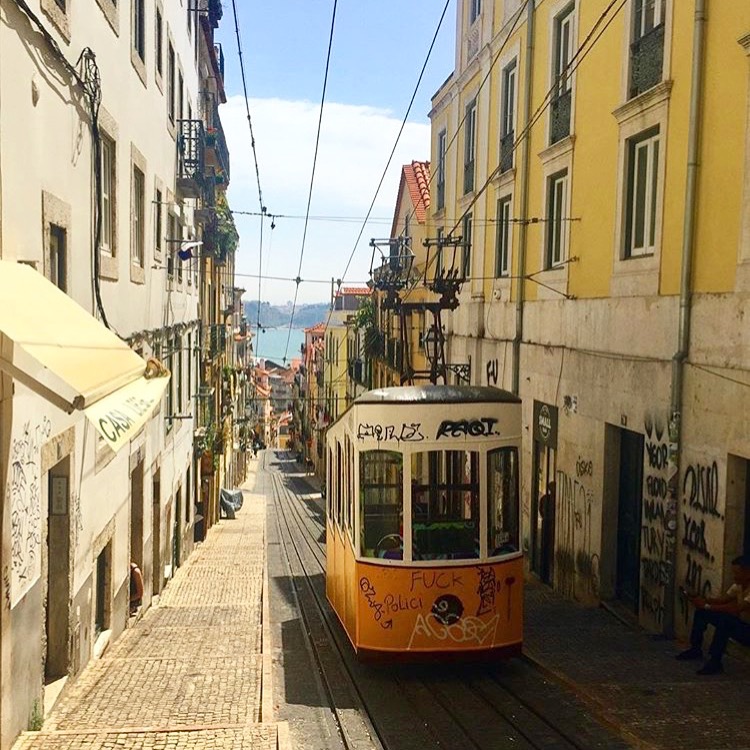 Bairro Alto and Chiado are the parts of the city that are higher up. Chiado is the popular shopping and theatre district of Lisbon, while neighboring Bairro Alto comes to live at night when the numerous bars open.

Although I really loved discovering the streets of Baixa and Chiado, the most beautiful part of Lisbon is Belem. So make sure to spend a full day there. In Belem you will find many of the landmarks where Lisbon is so famous for, beautiful parks and beautiful views upon the Tagus river.

We started our day with a visit to the Mosteiro dos Jeronomos. This breathtaking monastery was built with the revenue the explorers brought back from the New World. It’s a symbol for the colonization and power of Portugal in the 16th century. The site has a close connection to the early explorers, as Vasco da Gama spent his last night here before his epic voyage to India. Later the church was the location that sailors wife’s would come to, to pray for the safe return of their loved ones. As it’s one of Lisbon’s most popular attractions, the lines to get in, can be quite long. Unfortunately you cannot buy the tickets online, so I’d advise you to go early, like we did. 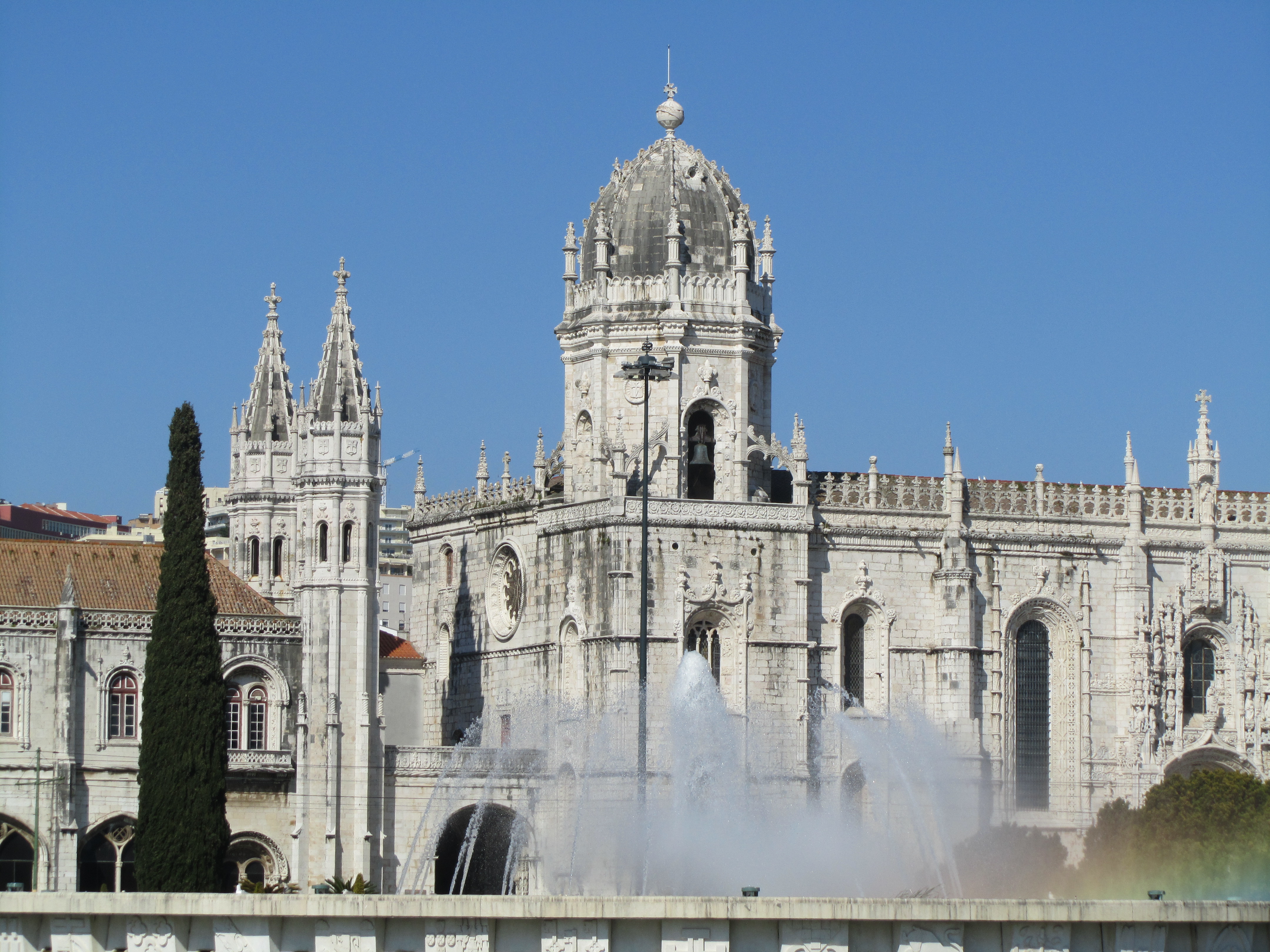 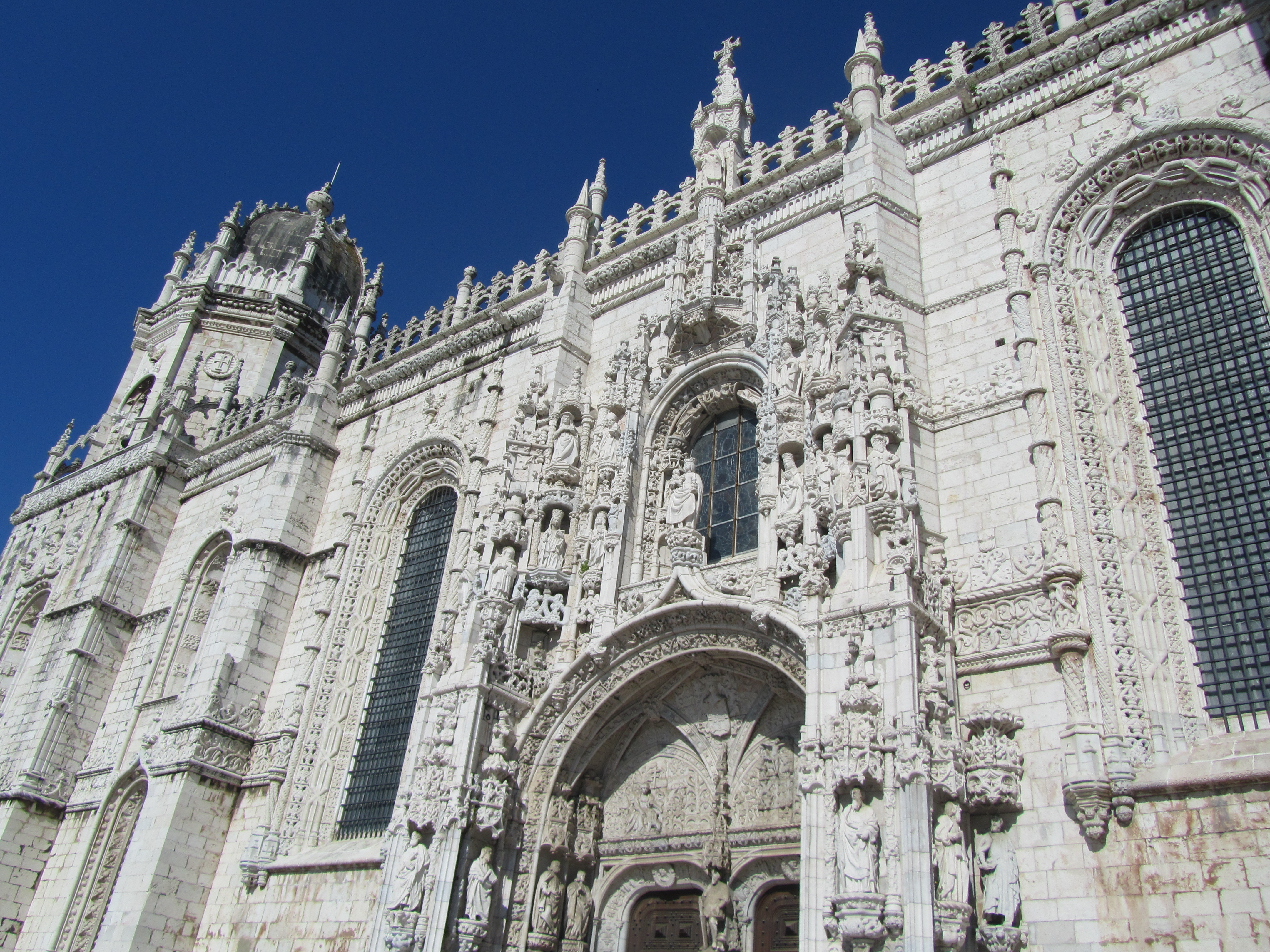 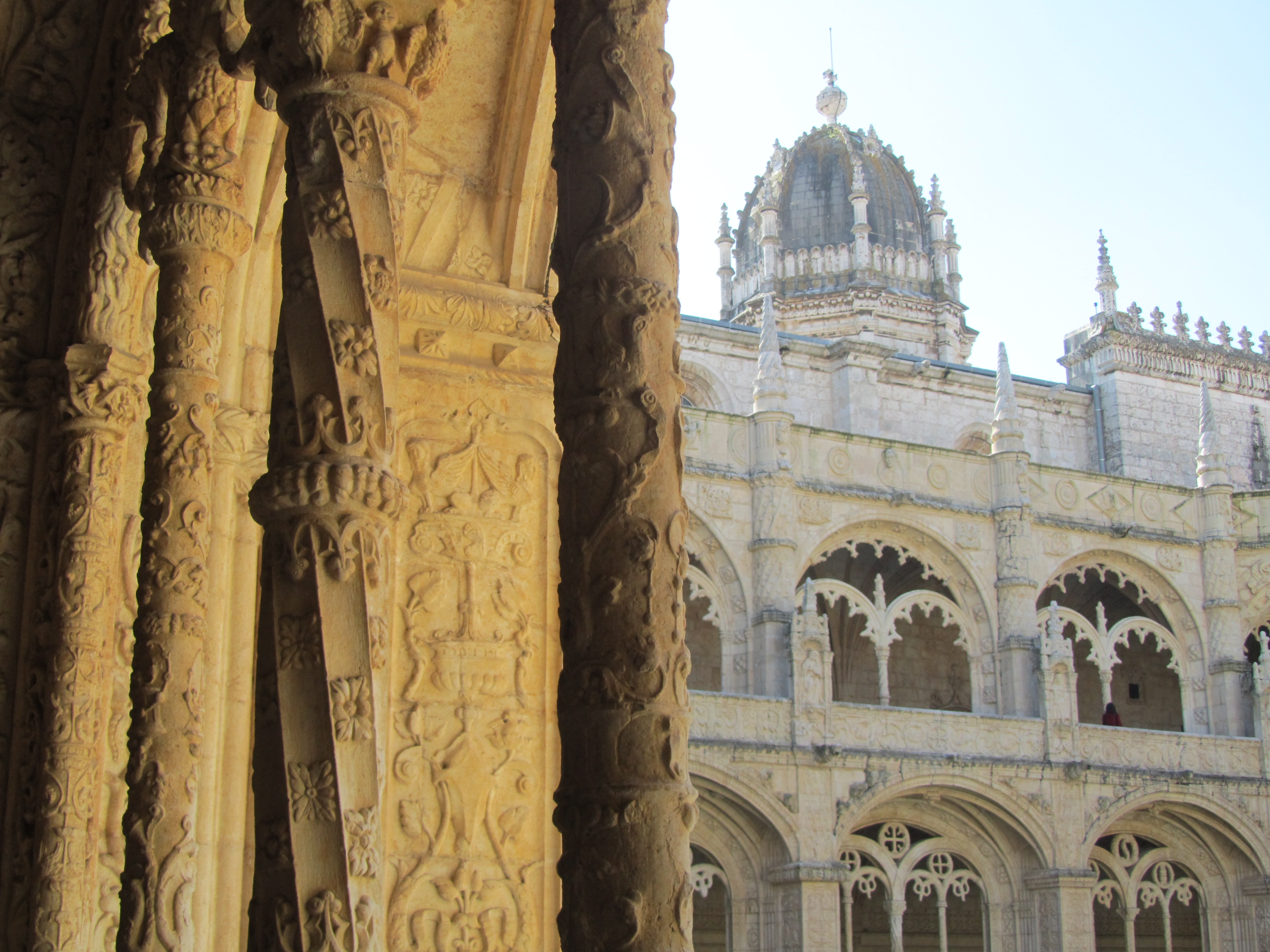 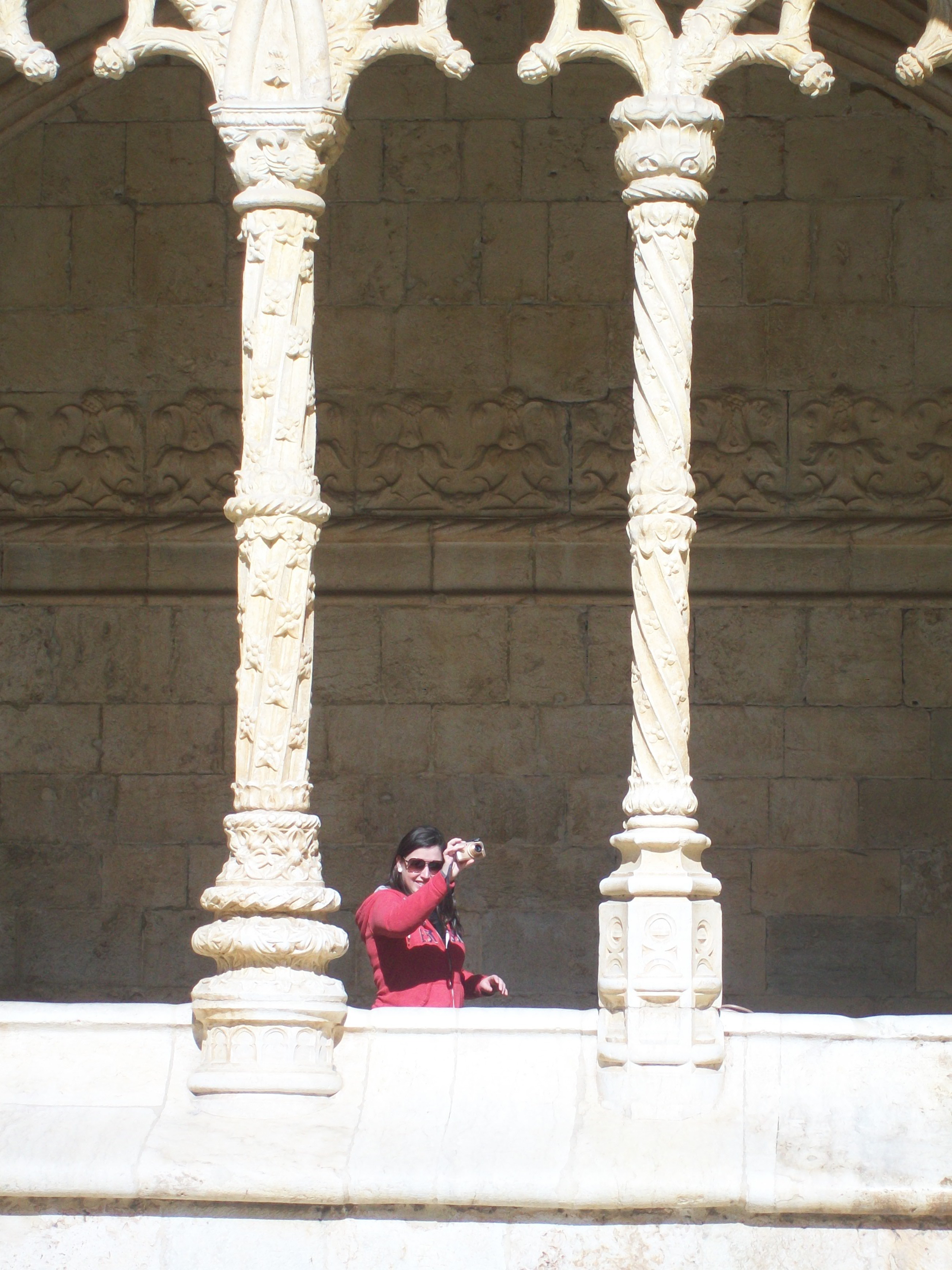 Another must see in Lisbon, is the Torre de Belem, which was built in order to defense the Mosteiro dos Jeronomos from the enemy. 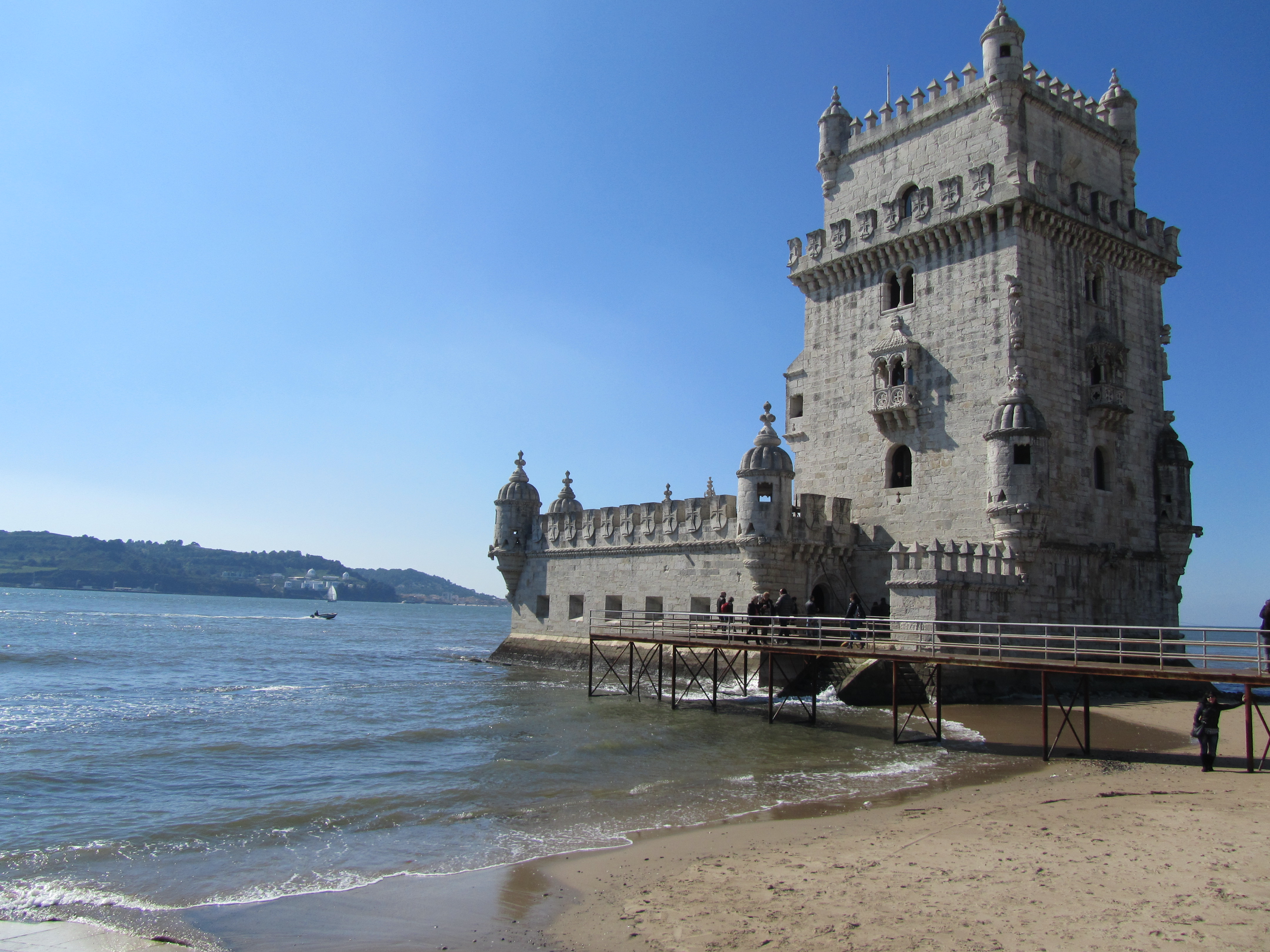 My favorite landmark of Lisbon is Padrão dos Descobrimentos! Well what can I say, I’ve always been very much intrigued about the explorers. Just like them, I’m always eager and exited to discover new lands (well countries in my case), but you guys get the picture. 🙂 The Discoveries Monument was built to honor the great Portuguese explorers. But it wasn’t just built to look at! It also offers a panoramic view upon the Mosteiro dos Jeronimos, the Tejo Estuary and Belem. In front of the monument is a map, which shows the extent of the Portuguese influence around the world in the 16th century. 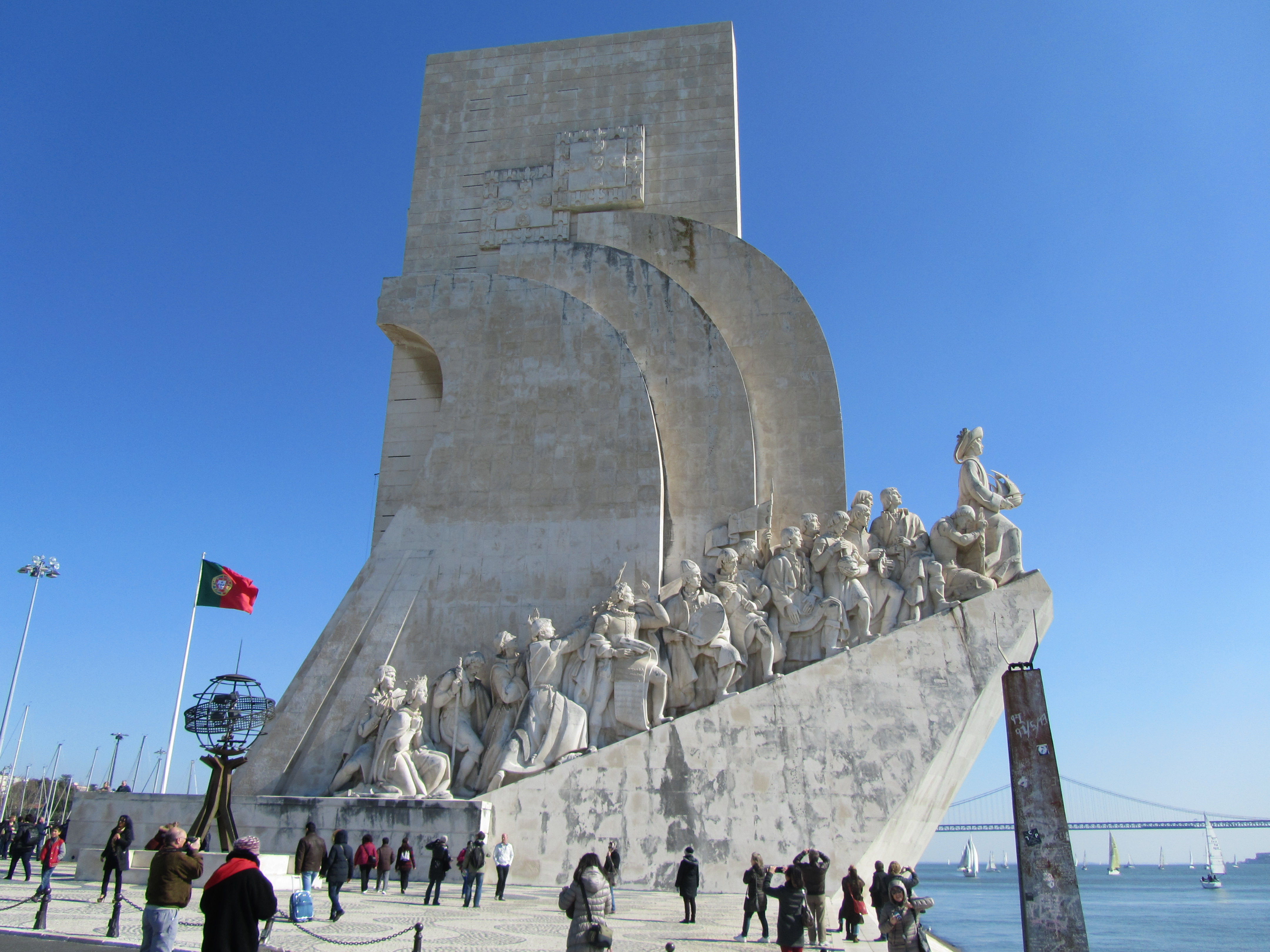 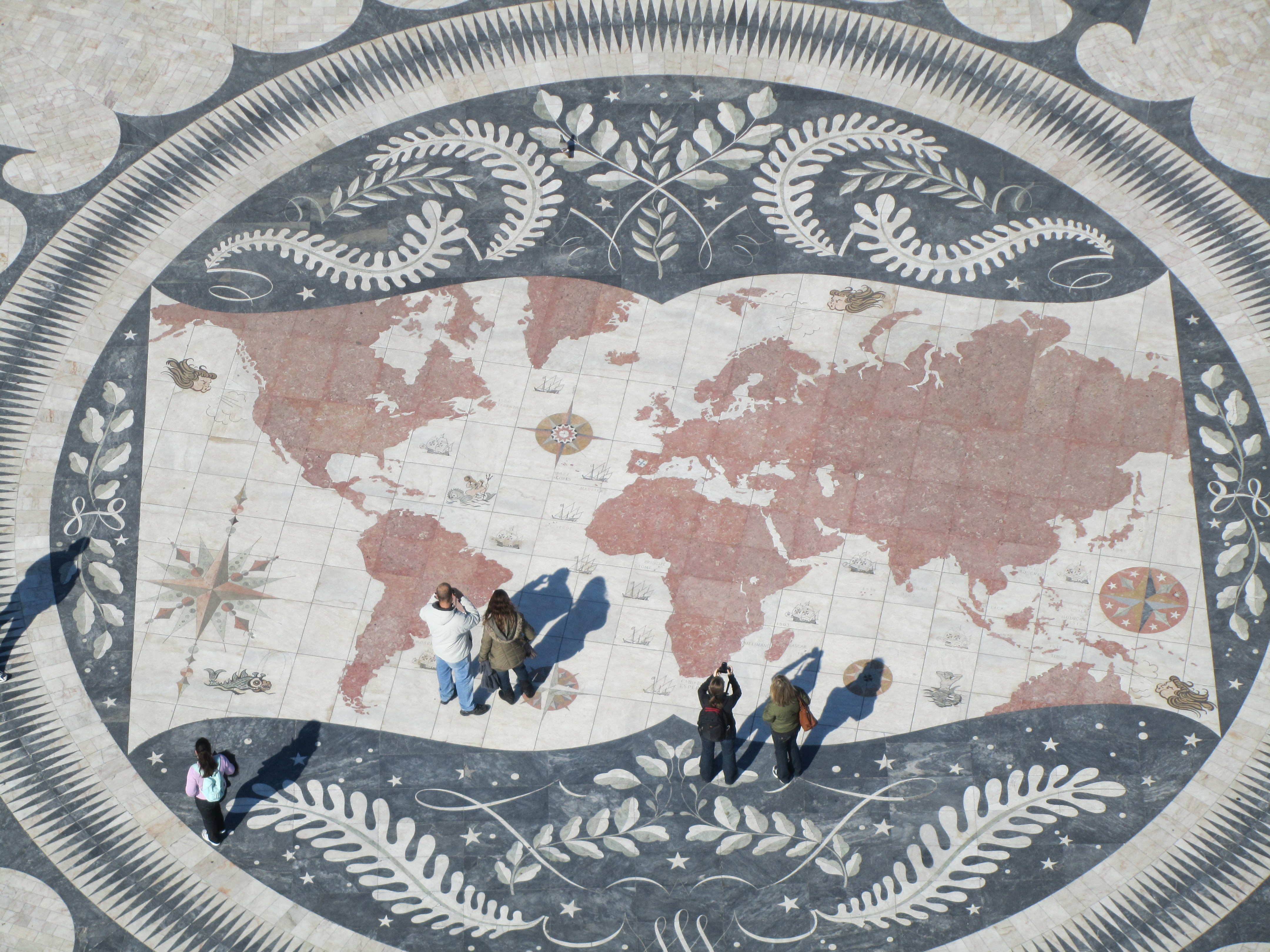 When in Belem, you have to try the famous Pasteis de Nata. You can buy them everywhere, but head to the Pastéis de Belem Bakery, the traditional home of the delicious custard tart. Lines can be long, but believe me, it’s so delicious, that it’s worth the wait. You can eat in, but we decided to buy a few (#sorrynotsorry) and sit in the park. We loved the Belem area so much that we decided to stay there the afternoon as well and enjoy the sun and the beautiful views of the waterfront. 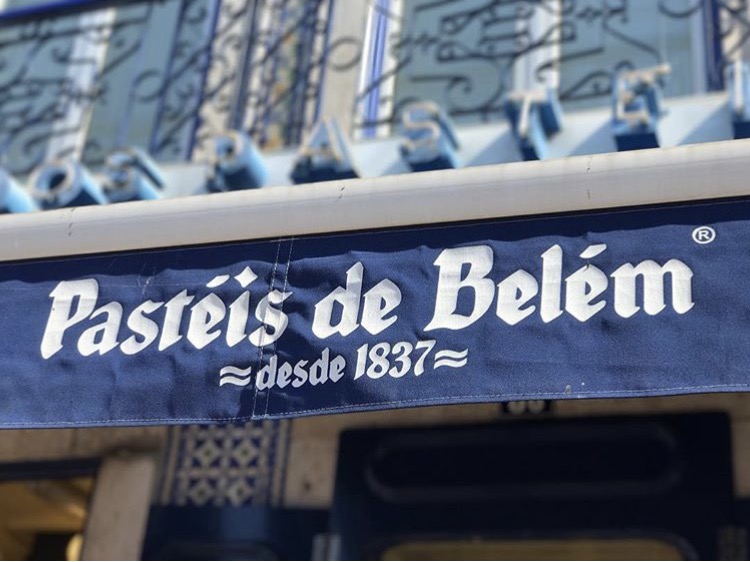 During our walk around Belem, we stumbled upon an oh so pretty pink building! Turns out that it was the Belem Palace, aka the official residence of the President of Portugal. I thought living in a ‘White House’ was pretty cool, but a pink one; even better! When can I move in Mr. President? 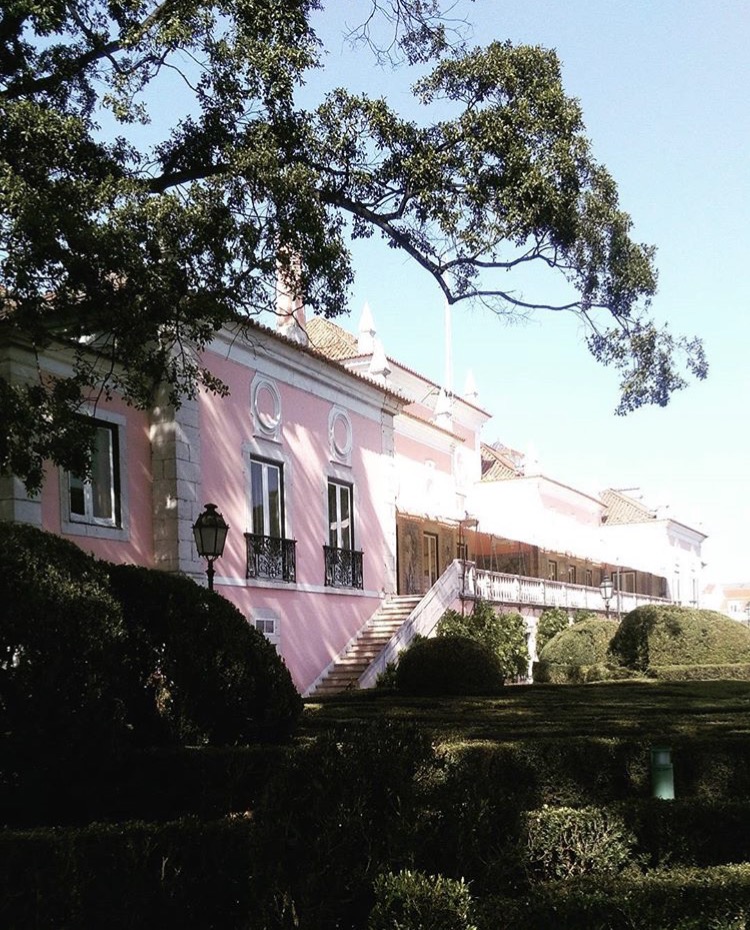 The Alfama neighborhood is one of the oldest districts in Lisbon. Back in the days, Alfama, was located outside of the city walls and was associated with poverty and squalor. Nowadays it changed into a fashionable, arty part of town. If you really want to experience that part of Lisbon, I’d suggest you get lost in its maze of cobbled streets and ancient houses. But make sure the prepare yourself for a work out, because you will be climbing cobbled streets or descending stair cases the entire time in Alfama. Also the climb to the Castillo de Sao Jorge is quite the challenge, but once you’re there the beautiful views make up for it! The castle dates back to 1147, when the Christian Crusaders defeated the Moors. 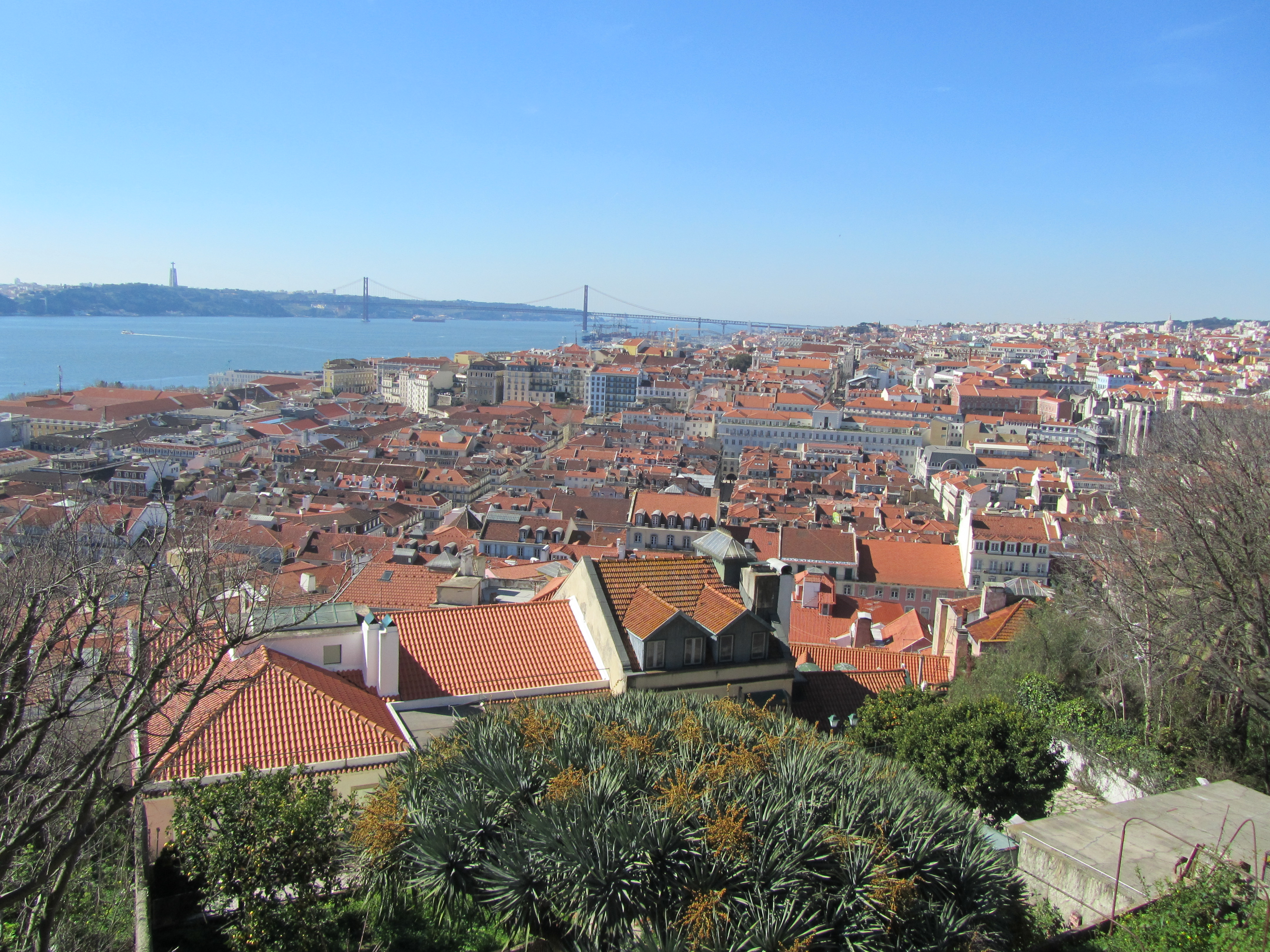 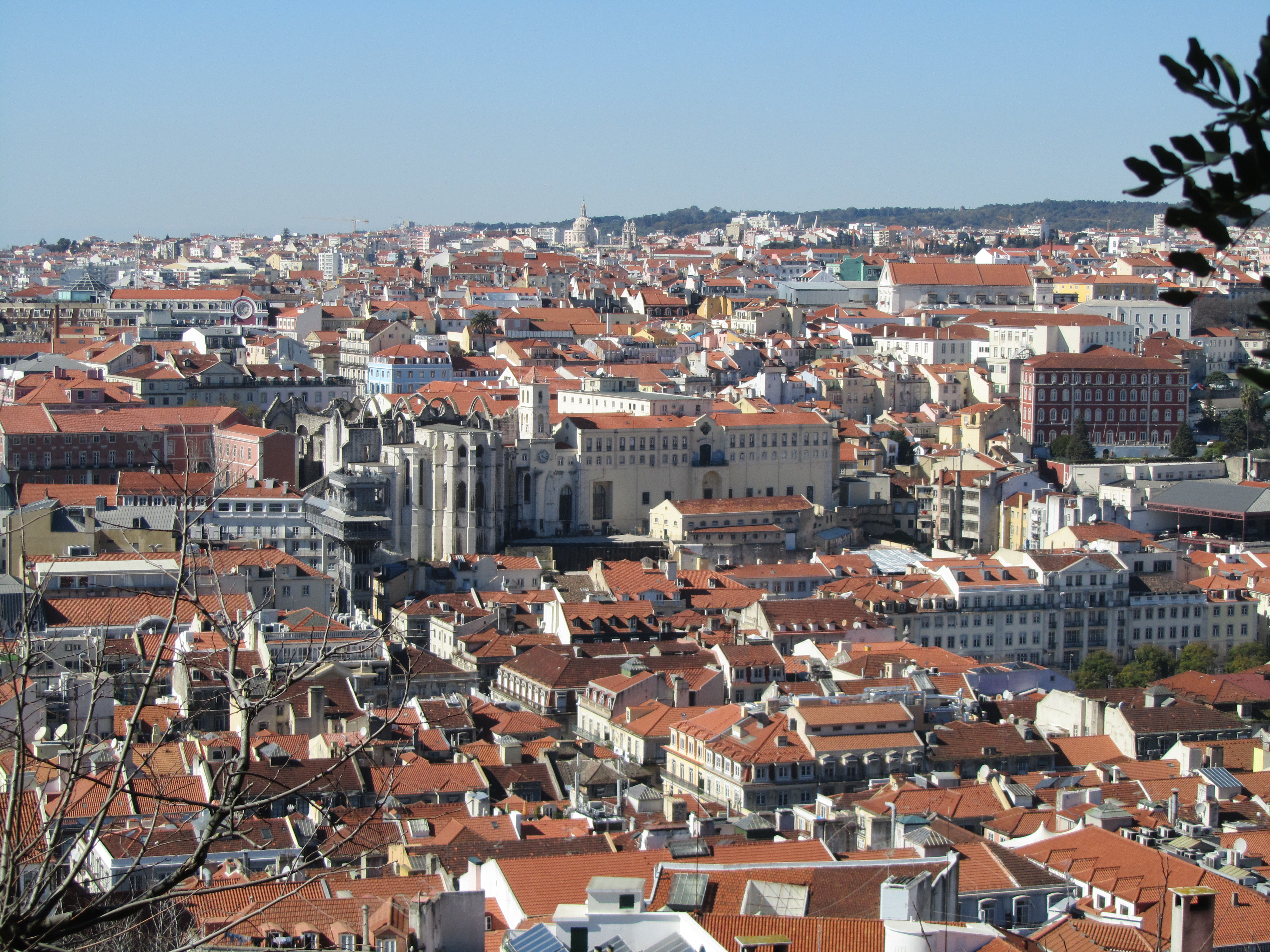 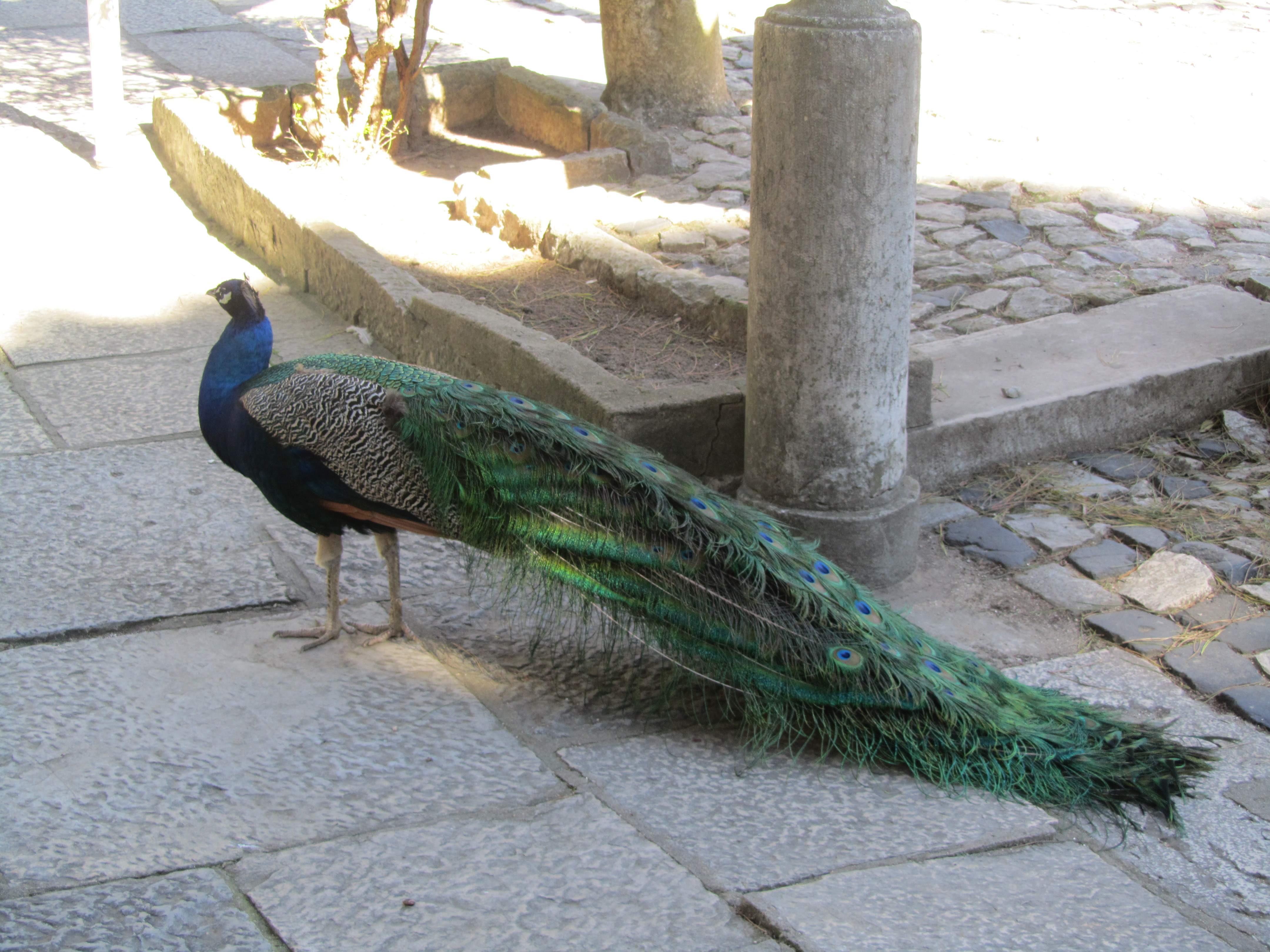 The best view point of Alfama is the Miradouro das Portas do Sol, which you will pass as you walk from the castle to the Sé Cathedral. From thereout you can admire the beautiful National Pantheon, where many important Portuguese are buried, such e.g. Vasco da Gama. And by the way, the Miradouro is also a great spot to get a drink. 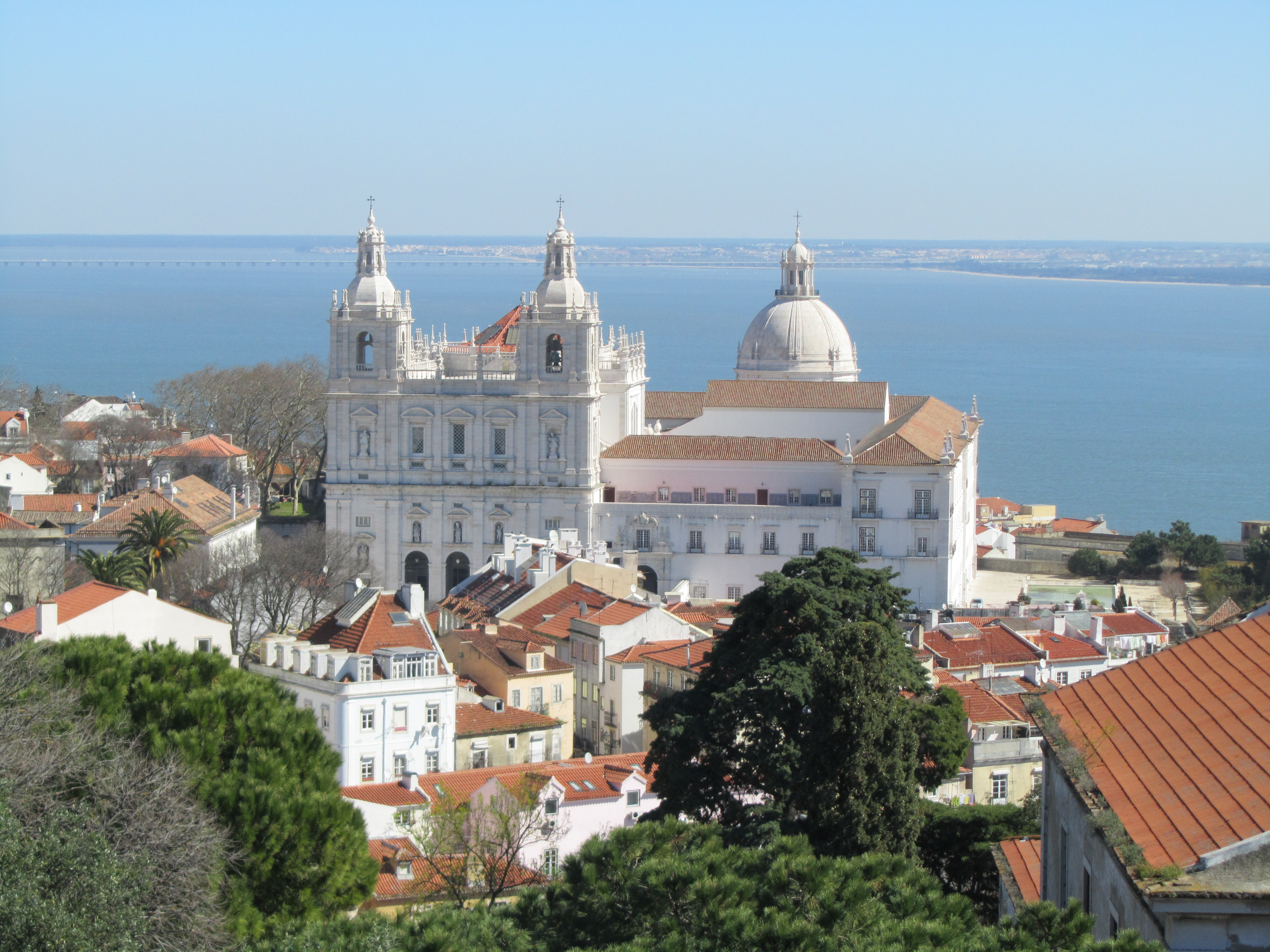 The Sé Cathedral was the religious heart of Portugal. It was built in the 12th century on the site of an important Moorish Mosque.

Probably the most enjoyable activity in the Amalfa district is a ride on the famous tram 28. A ride along the entire 28 tram route provides one of the best tours of the capital and is often a highlight of any holiday to Lisbon, so I can only recommend this. Sometimes I was really surprised that the trams were able to pass through the small little streets. And bonus: it’s also a very cheap way to explore the city! 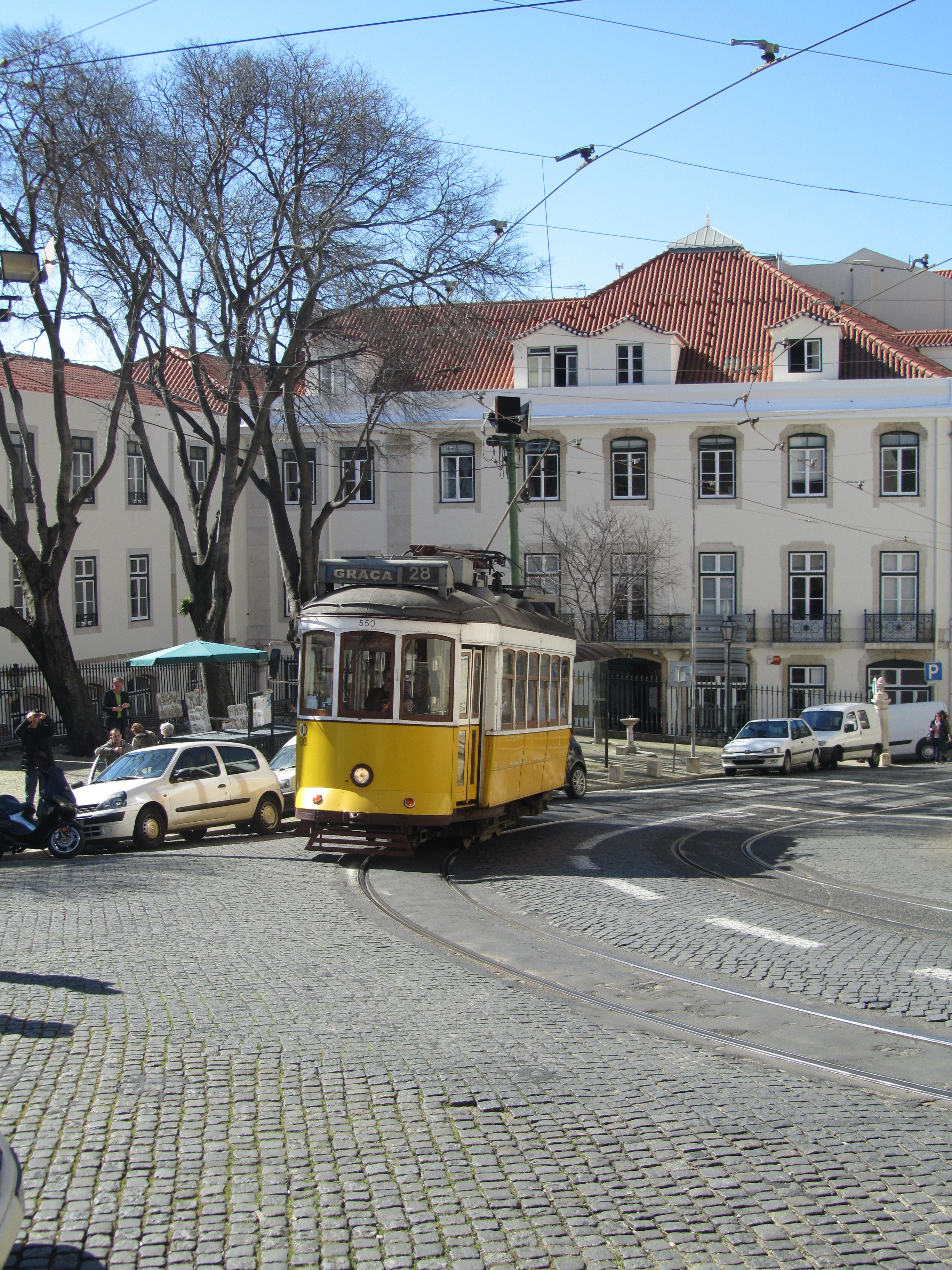 Lisbon is a great citytrip destination. It’s a mix of modern and old fashioned, sightseeing and beaches, lovely shopping streets and yummy food, so what more do you want? It’s a city that offers something for everyone.