On the second day of our little road trip through South-Holland we planned to visit Leiden. As it was Sunday and raining cats & dogs, we kind of had a slow start. But hey, we still managed to see the city’s highlights. Leiden played an important role during The Netherlands’ Golden Age. The city center is surrounded by canals and therefore Leiden is very often called Little Amsterdam. But that’s not the city’s only nickname, Leiden is often referred to as the City of Keys, because of its Coats of Arms and patron saint and the City of Discoveries thanks to Leiden University. So are you ready to discover the city of discoveries?

When I think of the Netherlands I think of windmills so our visit wouldn’t have been complete without seeing at least one, therefore our first stop was Molen De Valk. The windmill was built in 1785 and is still grinding grain today. In 1966 the first and second floor were adapted into a museum, which will teach you a lot about the history of grain grinding. 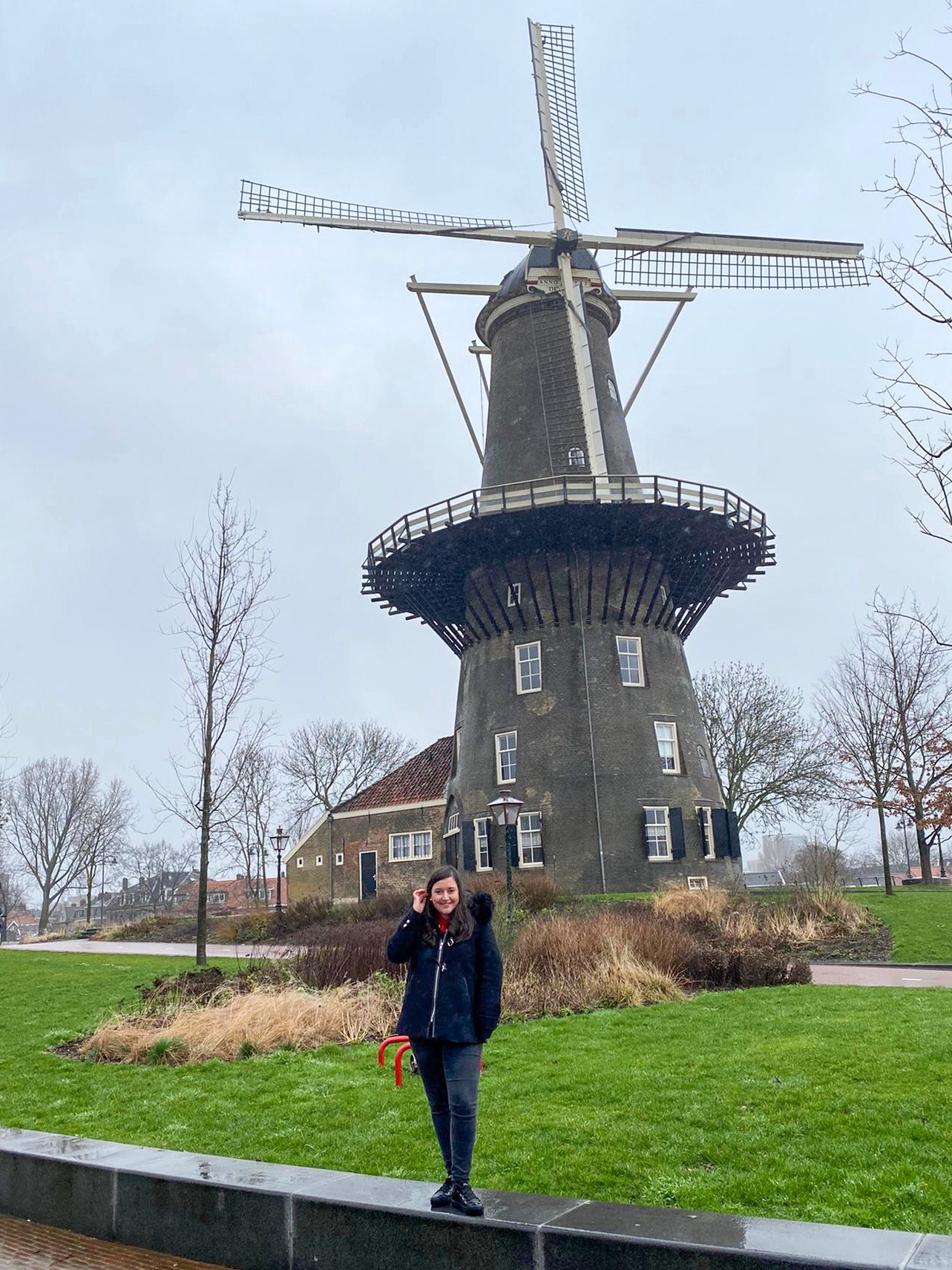 Coffee break at Lot & the Walvis

After our little visit to the windmill, the weather was getting worse, so we drove closer to the center (this turned out to be not such a good idea with all the one-way streets). Eventually we parked the car near Lot & the Walvis, located in the building of the old steamboat company ‘De Volharding’. Lot & the Walvis is one those hotspots which is popular all day around. The warm and vintage interior is not only welcoming but also very cozy. This making it our perfect hangout spot to seek shelter from the rain while enjoying a cup of black gold. 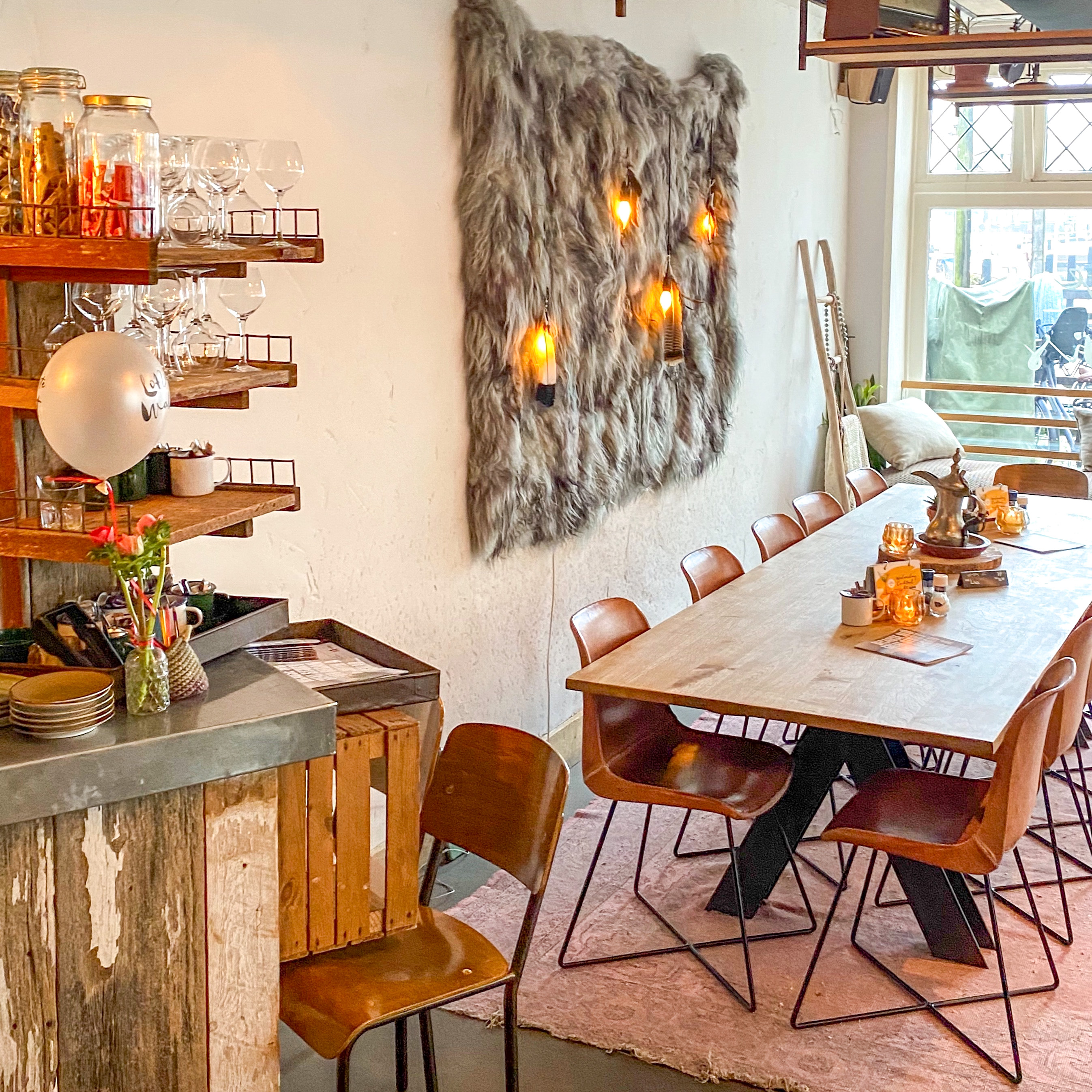 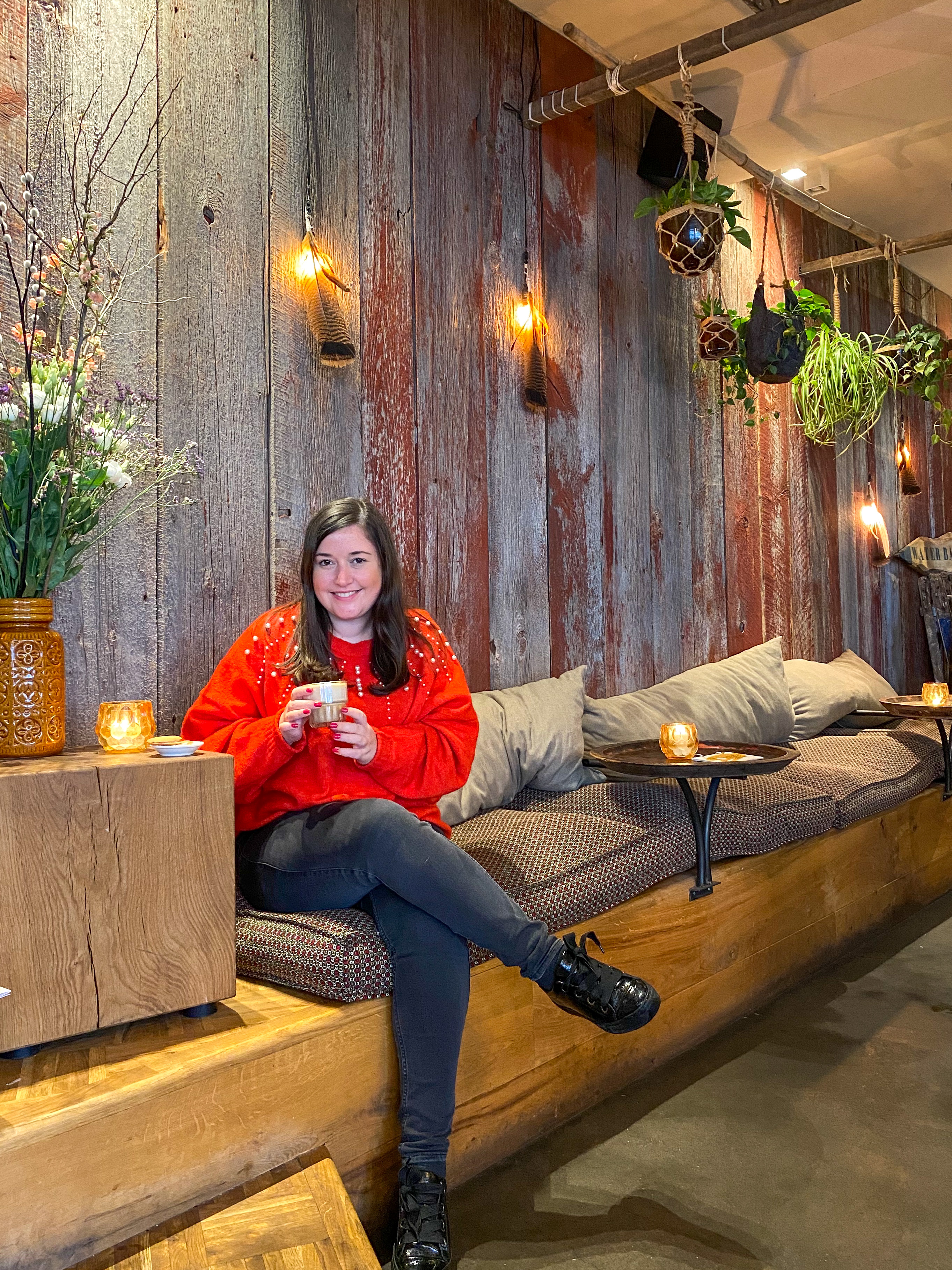 At some point we had to face the music and get our umbrellas out if we wanted to see some of that Leiden charm. One of the city’s highlights is the fortress. Dating back to the 12th century, the fortress played an important role in the defense of the city. Make sure to climb the hill and walk along the battlement of the ring wall for gorgeous 360° views upon Leiden. Can you spot the Pieterskerk and the Hooglandse Kerk? 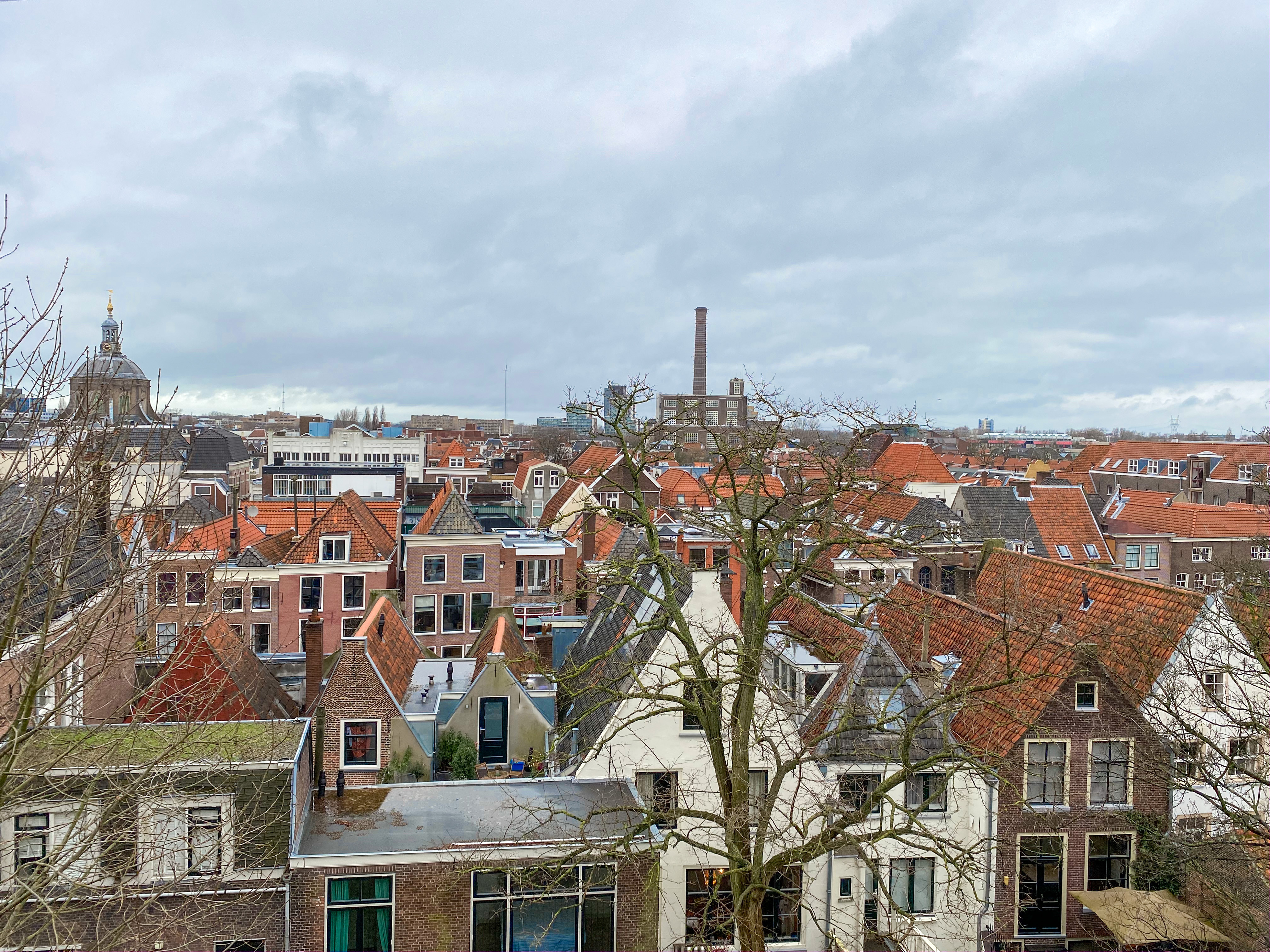 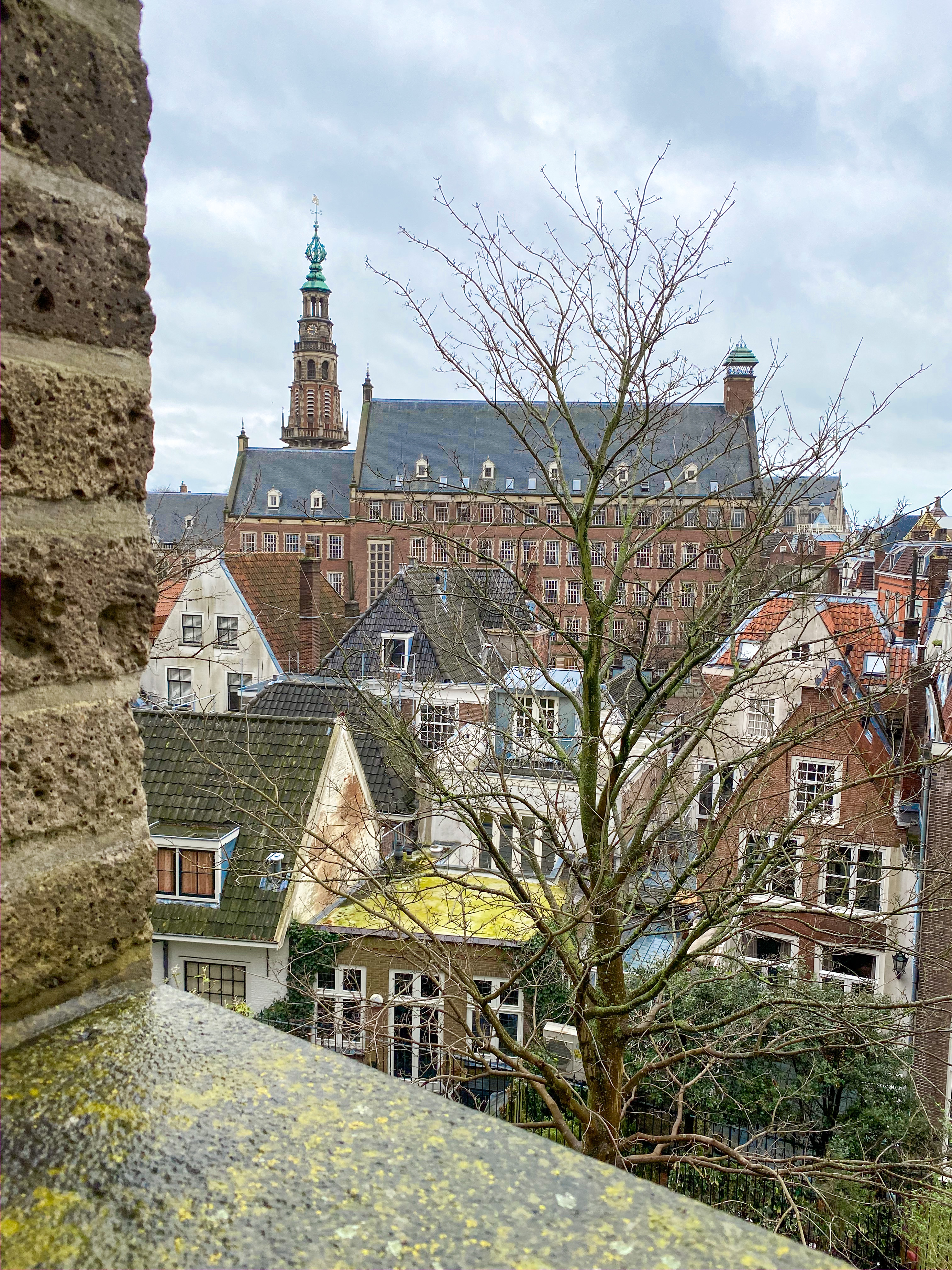 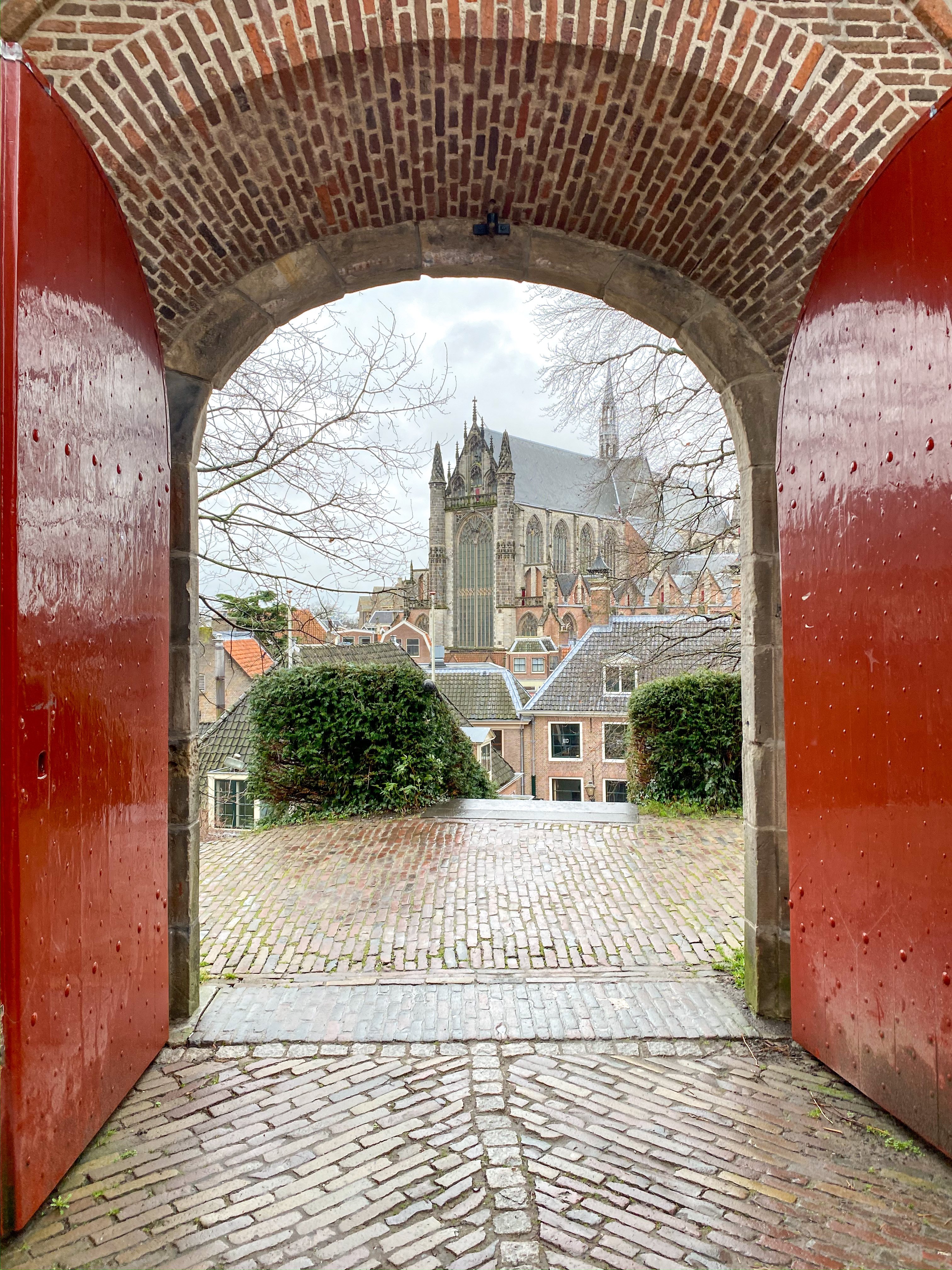 For a healthy and yummy lunch head to Yoghurt Barn. Where of course you have to order one of their delicious yoghurt recipes (what else?). There are also organic soy, almond and coconut yogurt options, so there is something for everyone. I ordered the ‘Choco Caramba’ with banana, coconut, chocolate and hazelnut and it was so good! When are you guys coming to Belgium, hurry up please! 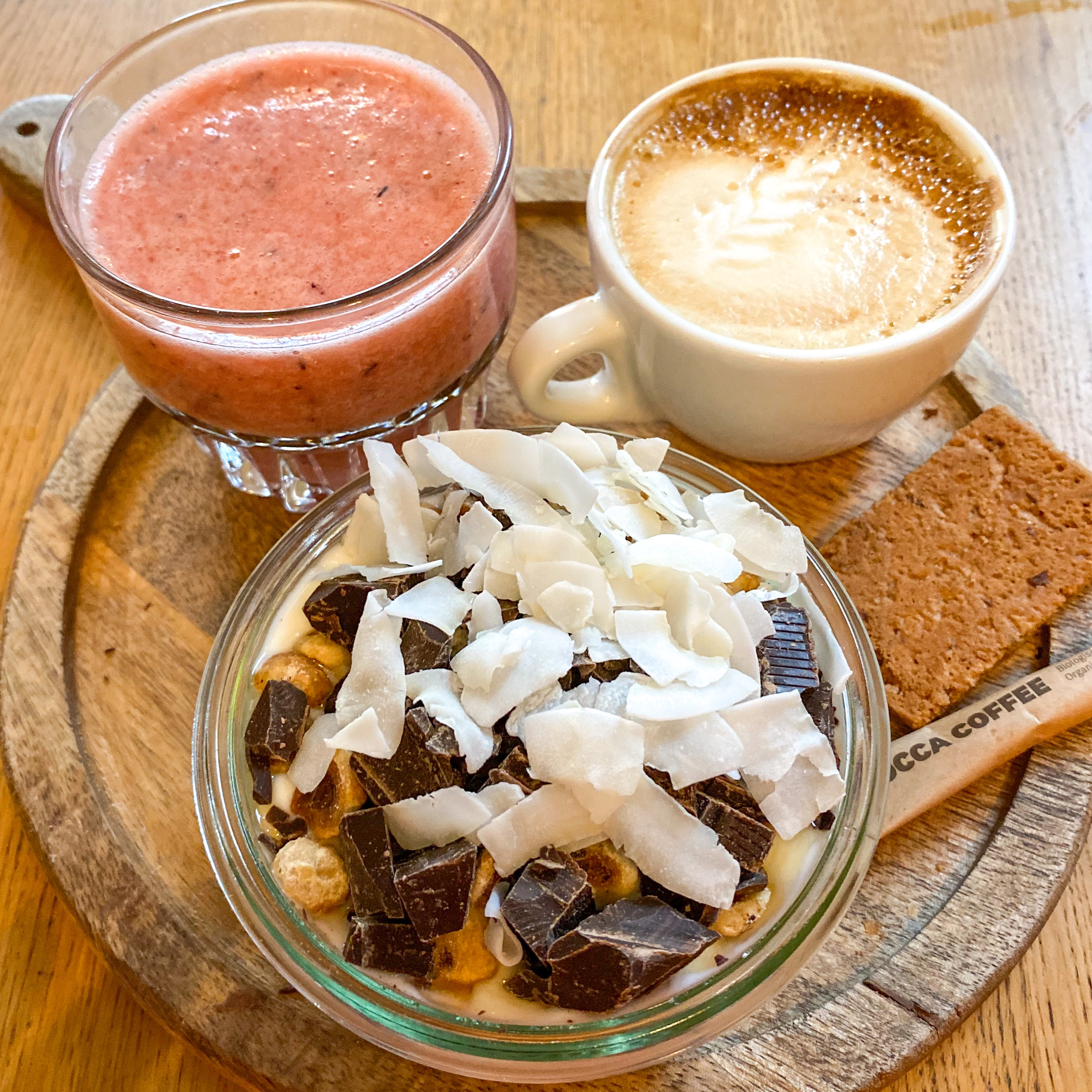 Wander around the historic center

In Leiden, you can stroll through 800 years of visible history. Just like in many other cities in the Netherlands, Leiden’s historic center revolves around its canals. Because of that it goes without saying that you can easily explore the city by boat. I bet that’s amazing during spring and summer, but as we were not so lucky with the weather, we discovered the city on foot. Nevertheless, simply walking along the waterways and enjoying the picturesque views was great! Especially the areas around the Oude Vest, Oude Rijn and Nieuwe Rijn are super pretty! 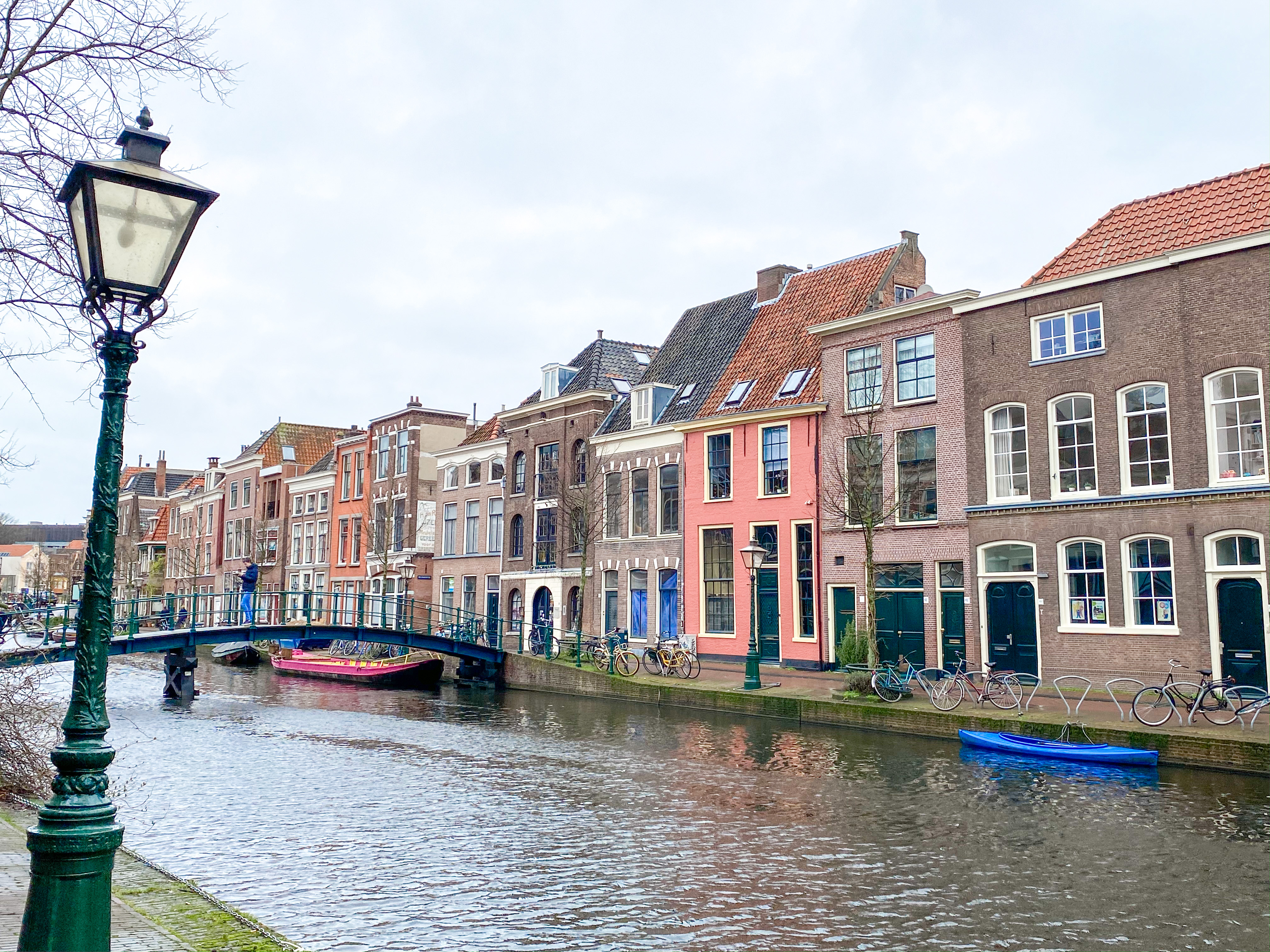 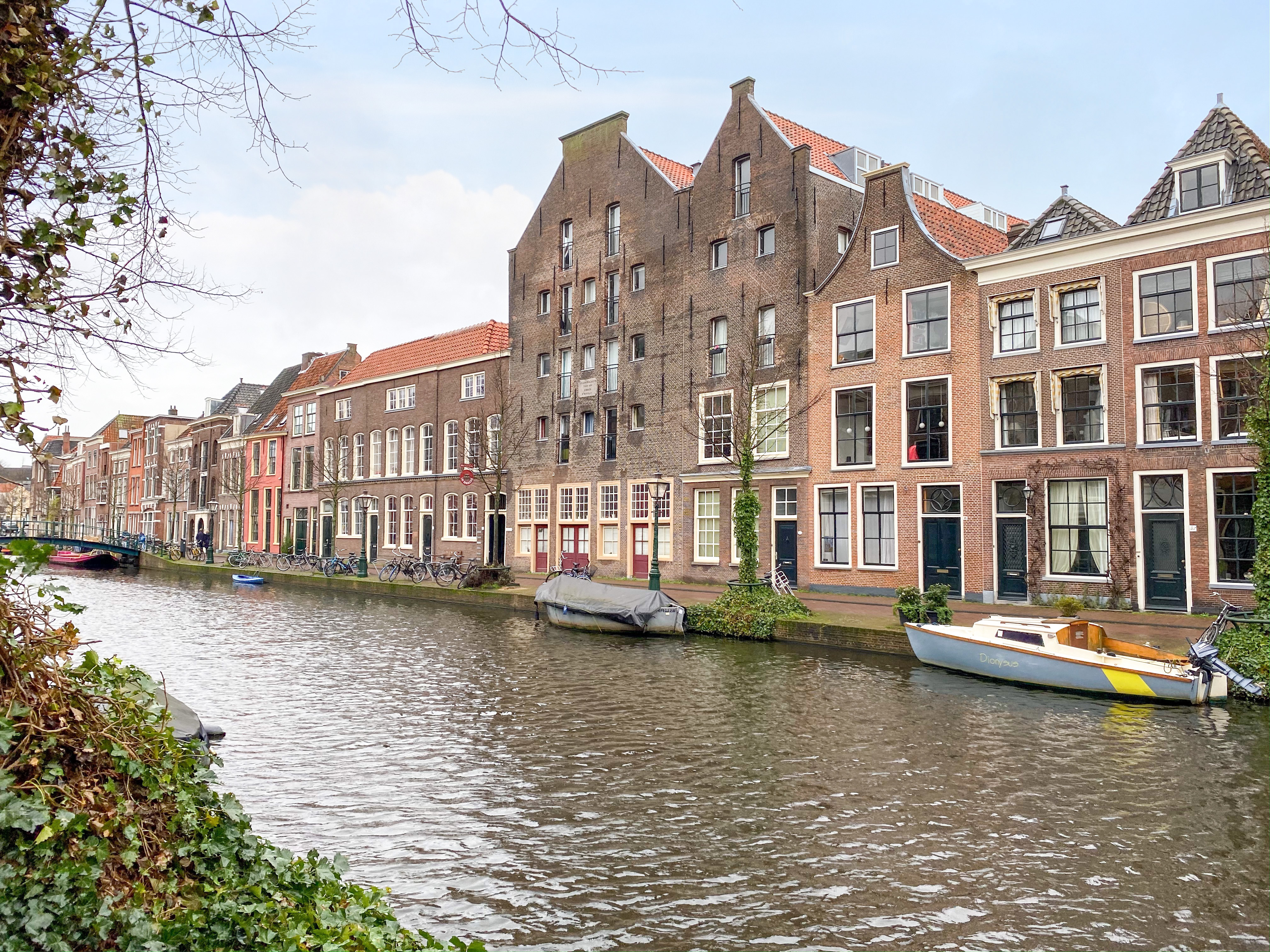 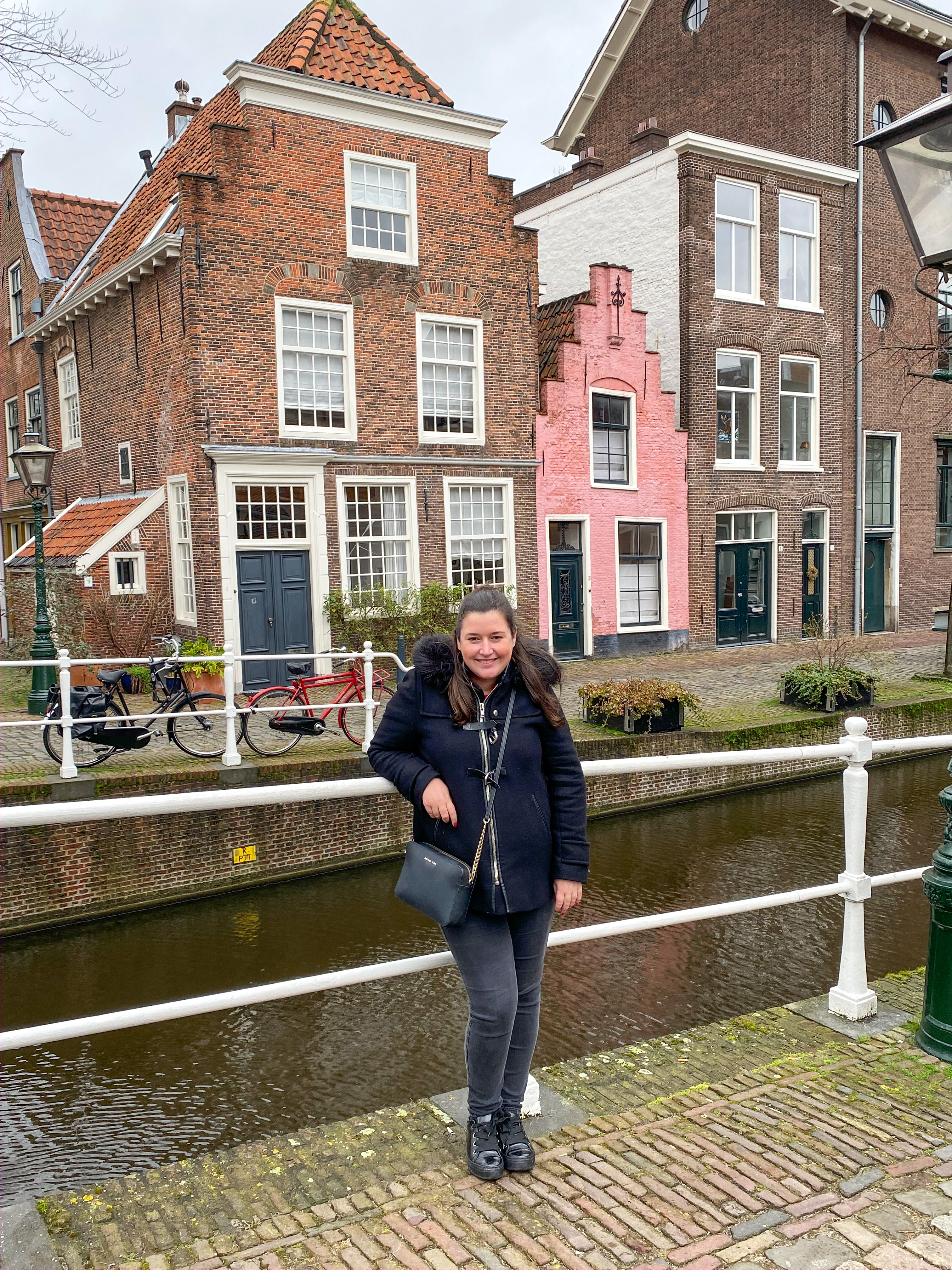 Leiden’s City Hall is one of the most fabulous buildings in the city! It was originally built in 1600, but in 1929, a fire destroyed the majority of the building. The facade along Breestraat was the only piece that remained and the rest of the building was rebuilt in 1940. 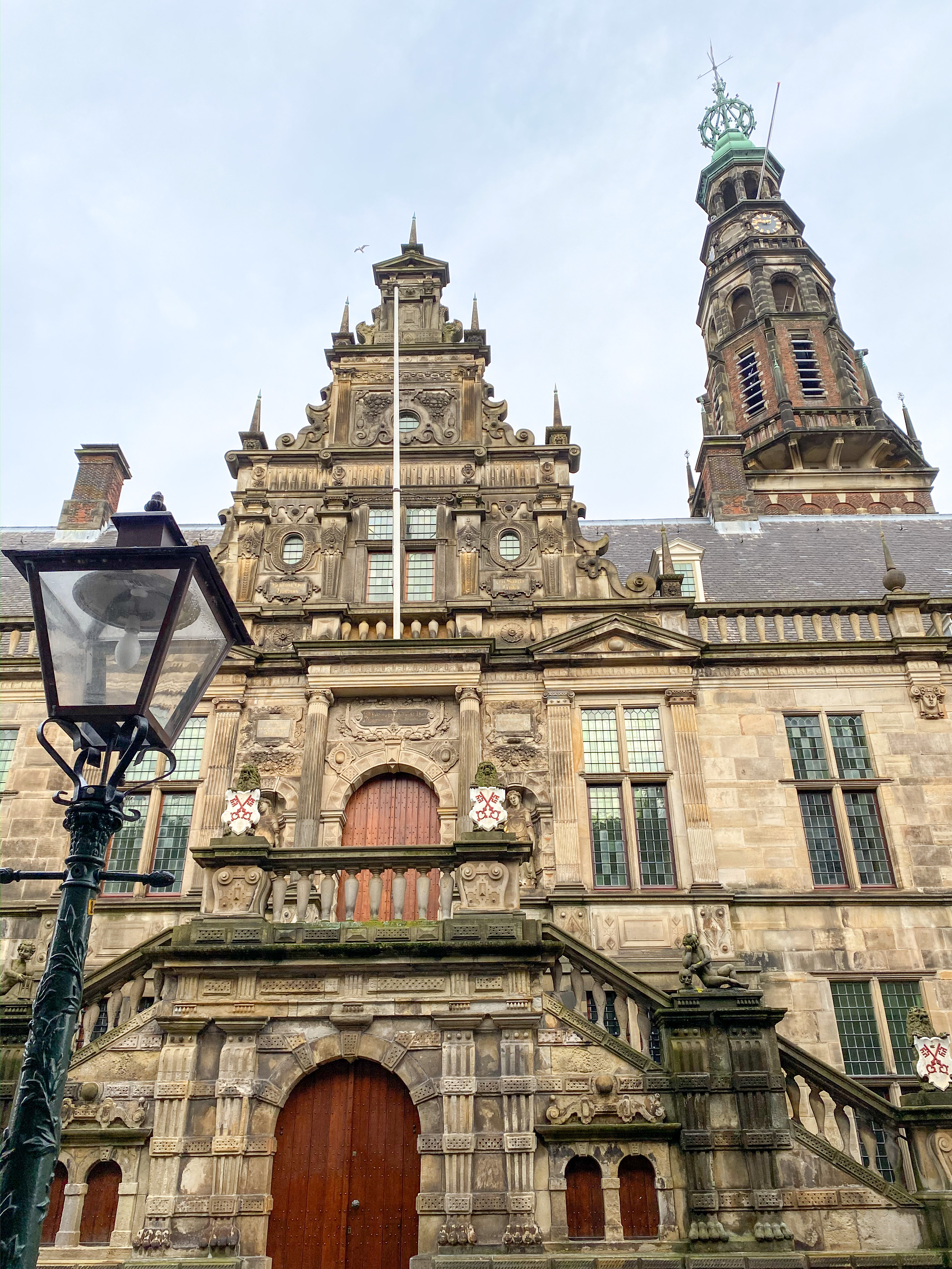 Further down the street you will come across the City Theatre, for sure equally as impressive! Breestraat is also where you will find lots of deli, wine, book and antiques shops. And as we are talking shopping, from here it’s about a five minute walk towards the Haarlemmerstraat, Leiden’s main shopping street. Who’s ready for some shop till you drop fun? Oh and while there, make sure to also catch a glimpse of the Hartebrugkerk, it’s a beauty! 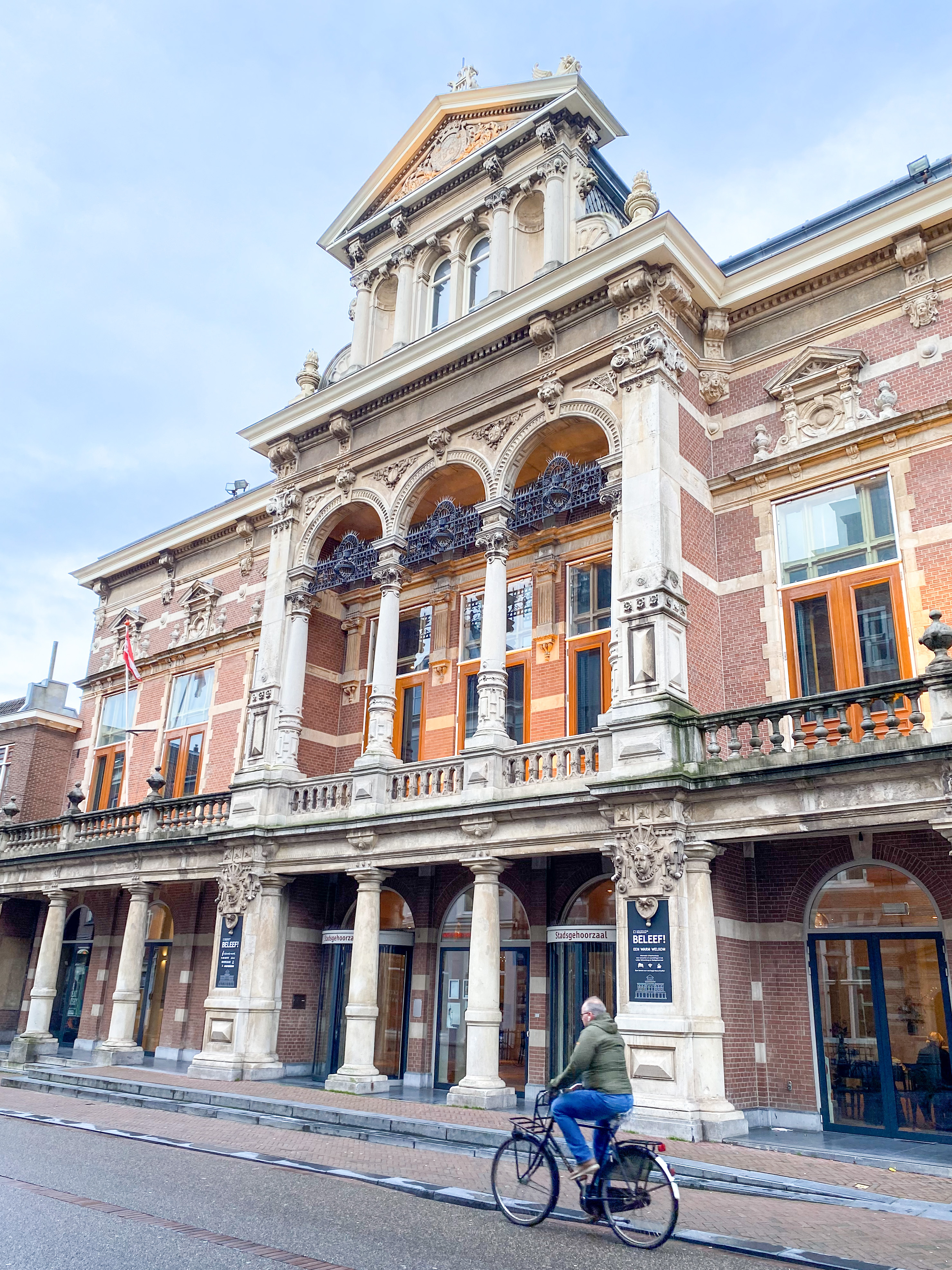 Our next stop was Galgewater (Gallows Water). And yes indeed this area is named after the field where executed corpses were placed upon public display! Luckily nowadays you get a much happier feeling when walking there, this thanks to the many houseboats that line up this part of the canal. Make sure to look out for Carpenter’s House, one of Leiden’s most stunning buildings. At the end of this street you will also find the replica of the 17th century Molen De Put. 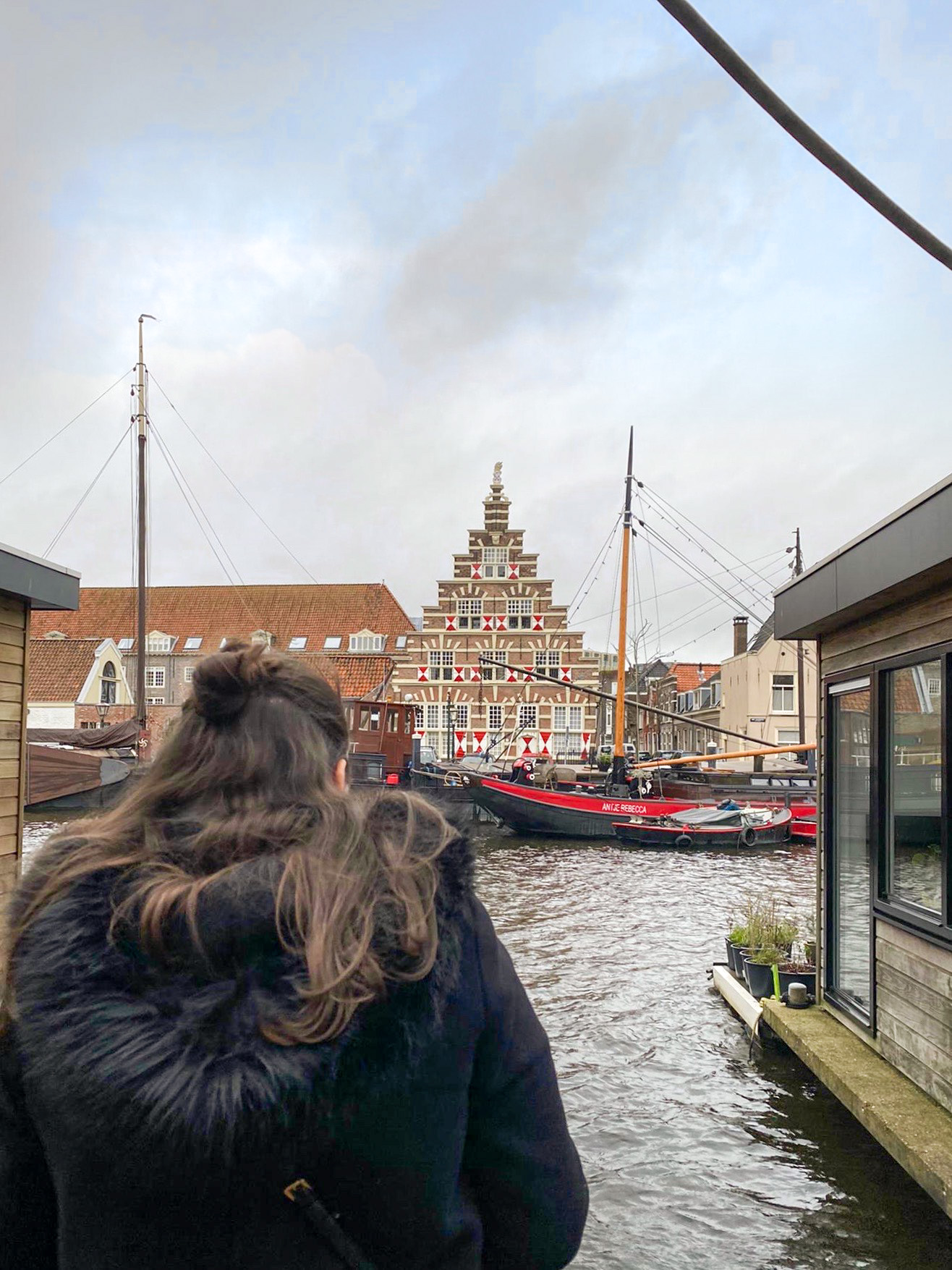 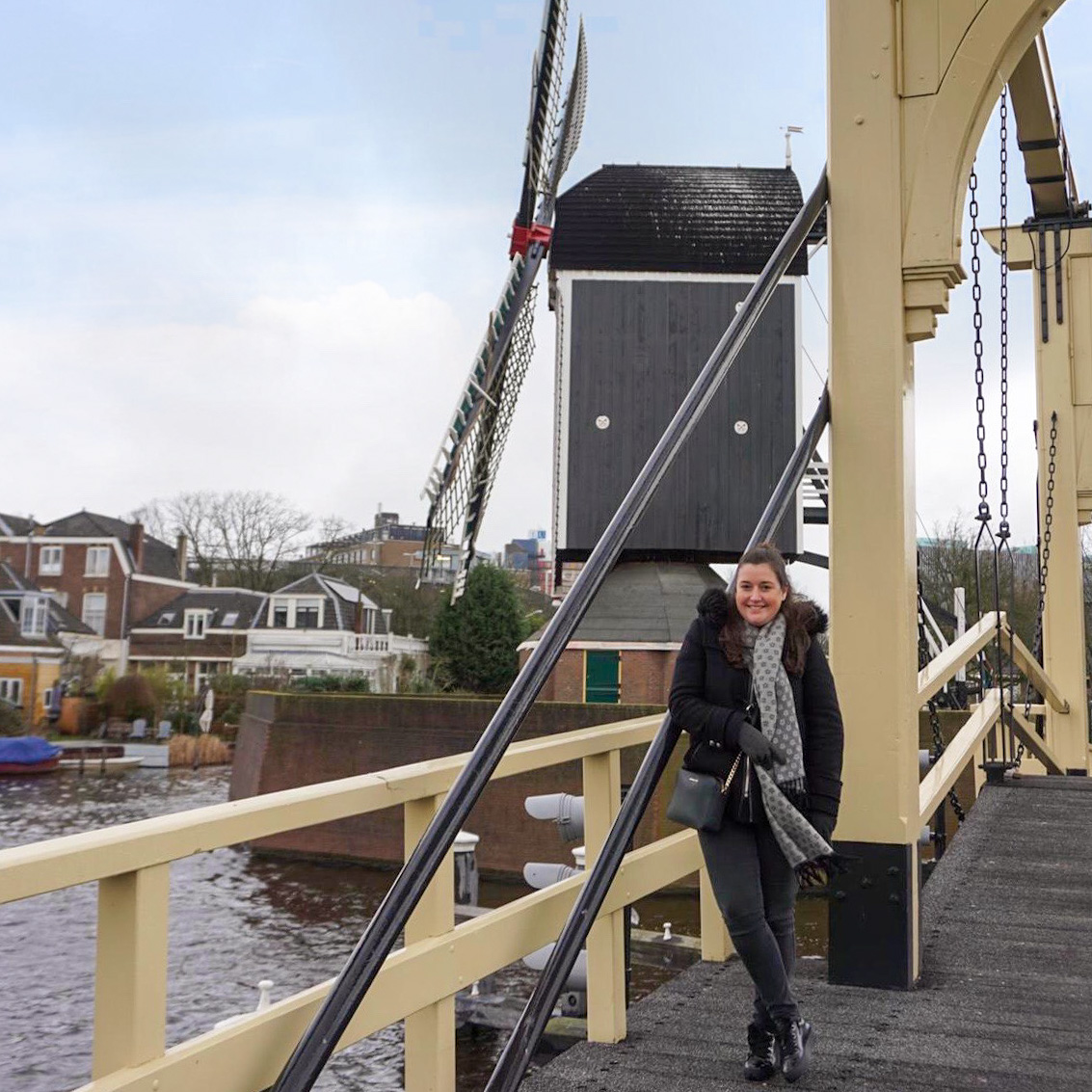 We ended our day in Leiden with a wonderful dinner at De Waag. This atmospheric restaurant is located in an impressive monumental building from 1657. De Waag used to be the place where goods that came in by boat from other cities were weighed and checked. Doing so the city of Leiden was able to collect tolls and check the quality of the goods. Nowadays De Waag has turned into a fabulous restaurant with delicious food. I had an amazing steak with fries and my friend called her veggie burger the best she ever had. So this one is definitely worth trying, but make sure to make a reservation as things can get pretty busy! 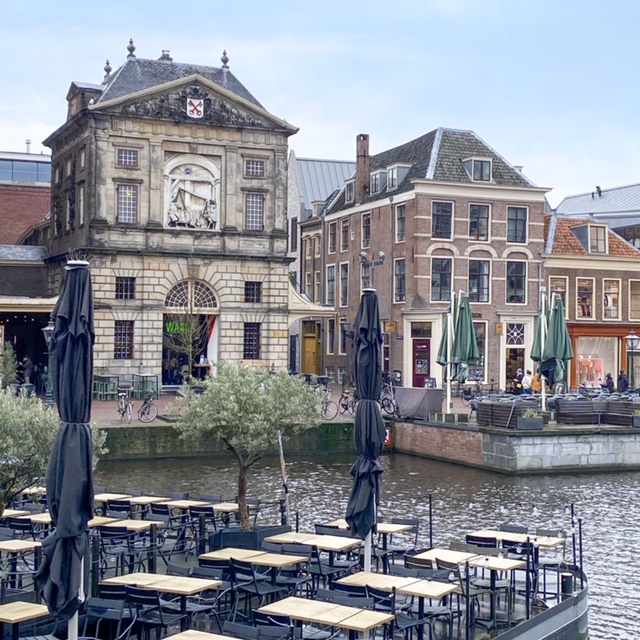 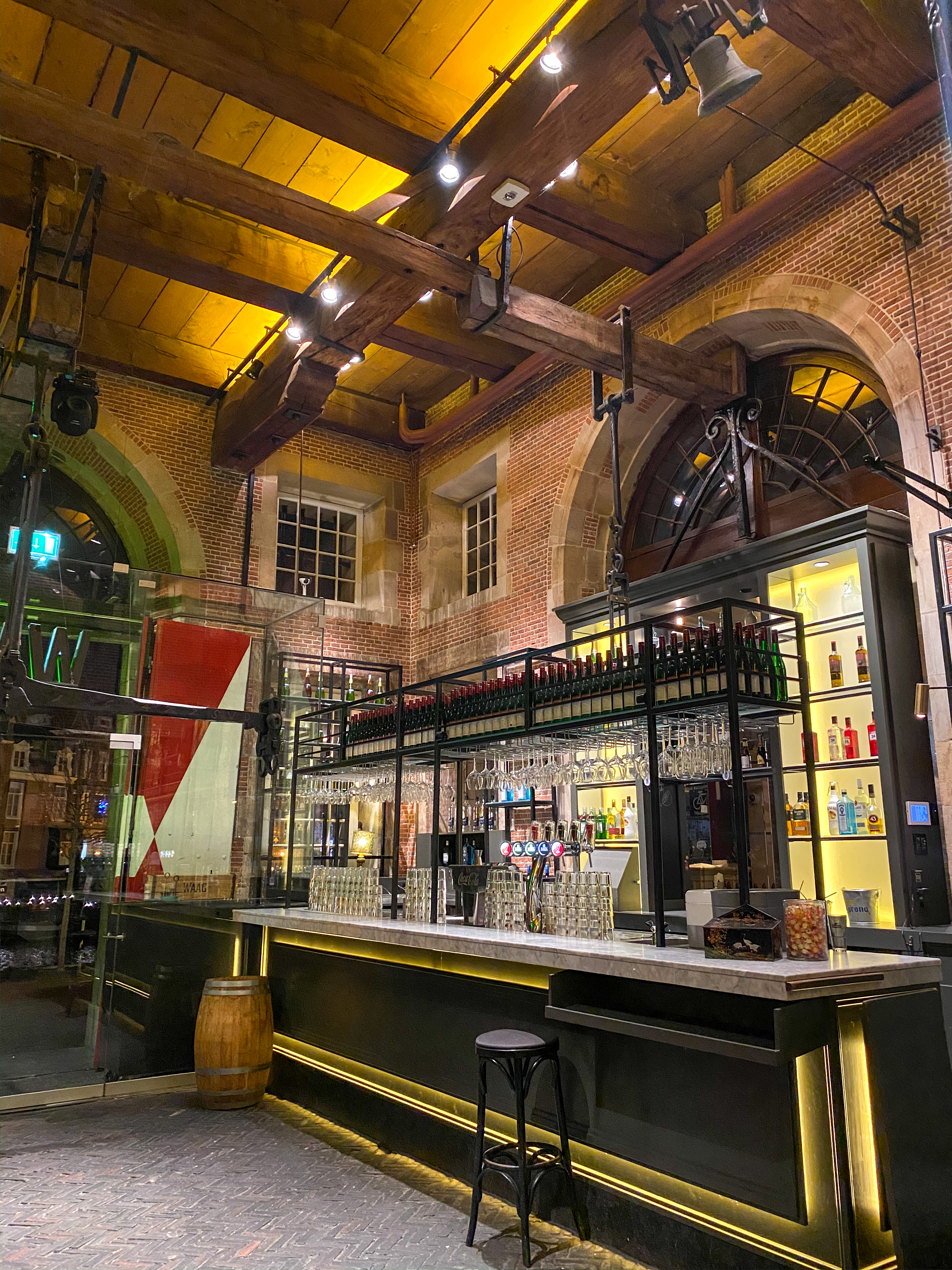 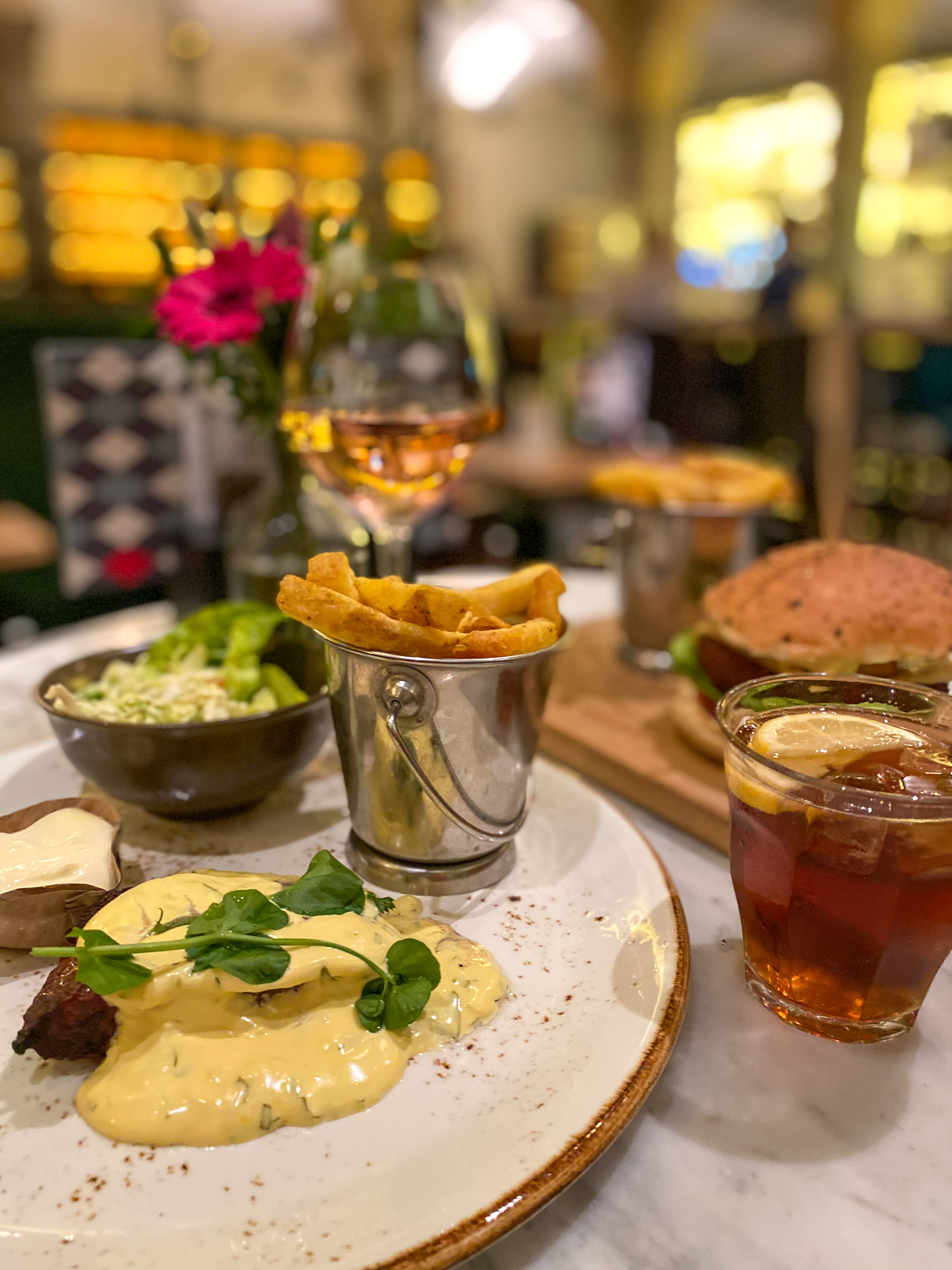 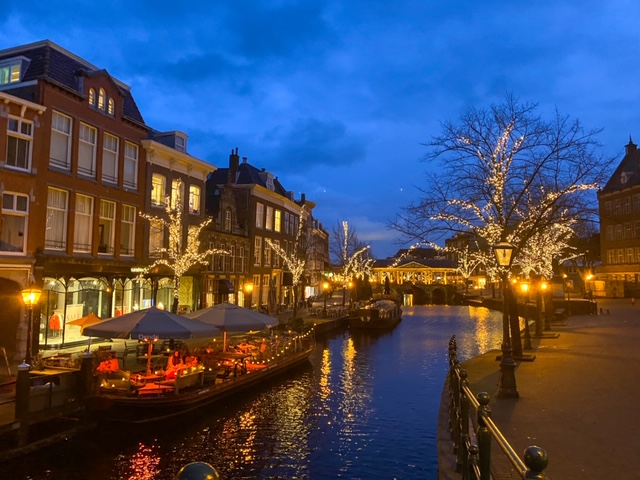