Earlier this week I visited Mechelen. I had not been there for many years, so I barely recognized the city. With its location in the heart of Flanders, Mechelen is the perfect destination for a daytrip from Antwerp, Ghent or Brussels, so I gladly share with you guys my itinerary, just in case you want to pay the city a little visit too!

Although the weather was nice outside, I really wanted to visit Kazerne Dossin (#historybuff), therefore we decided to visit it first, so we could later enjoy a sunny day in Mechelen. 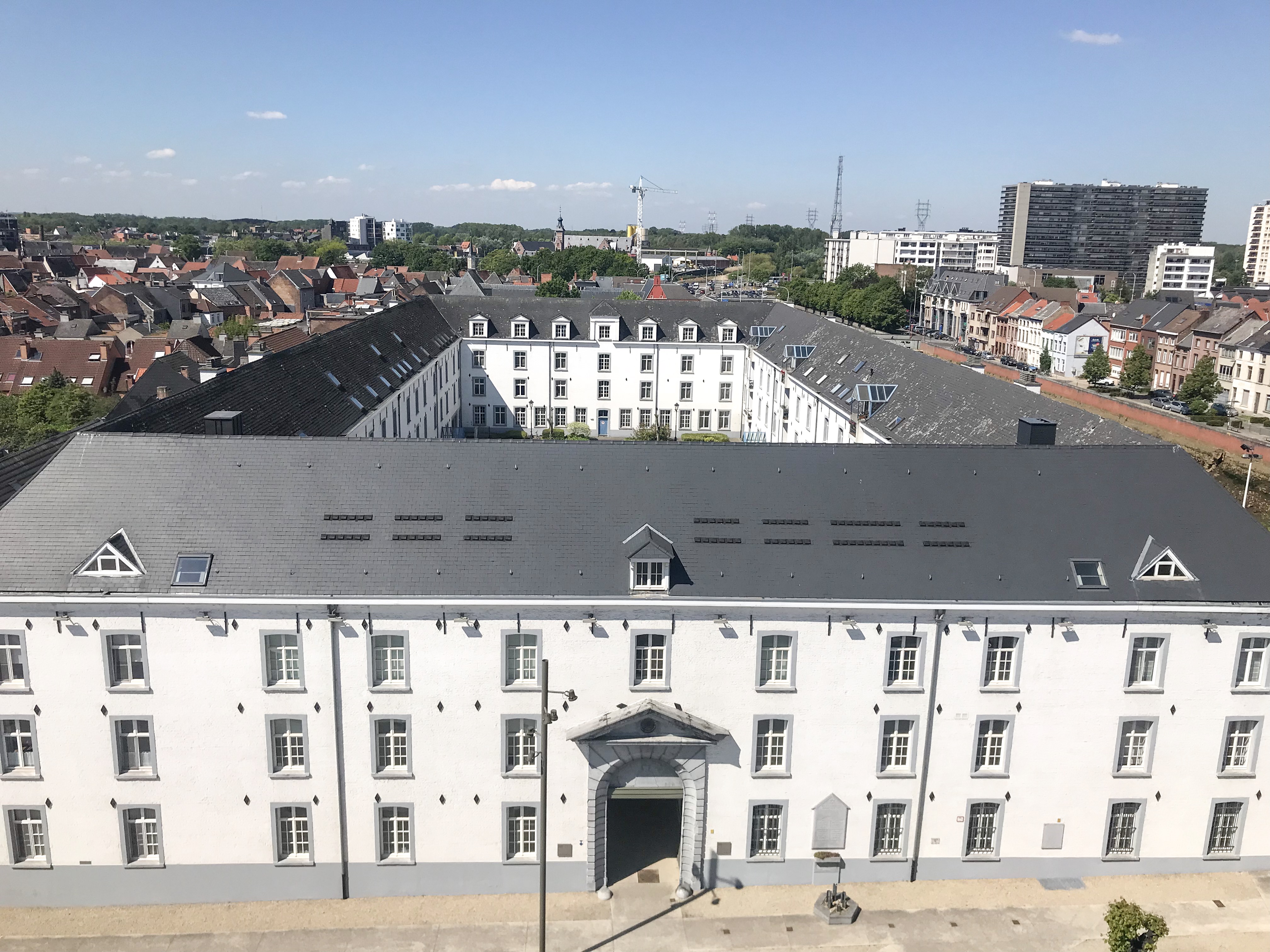 Kazerne Dossin is a museum and memorial site that not only commemorates the time this army casern was used by the Germans and used as a detention and deportation camp during WO II but also reflects on racism, exclusion, human rights and genocide. Through a historical perspective the museum deals with the persecution of Jews and gypsies in Belgium in the 1940’s in a very serene and informative way. 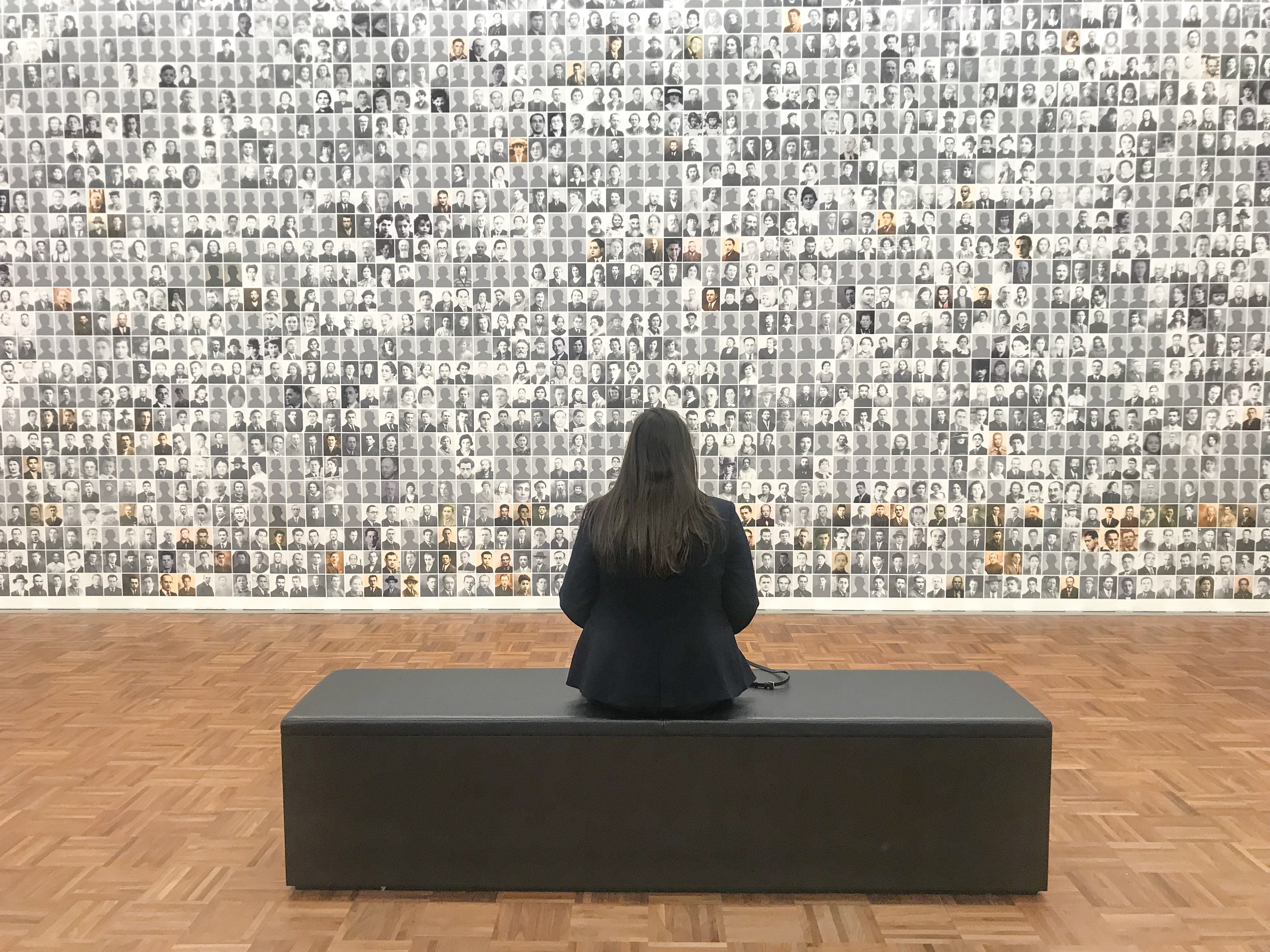 Have lunch at Foom

Hungry we went back on our way to the city center. As you know by now I have a list with foodie hotspots for the cities I am going to visit in the near future and for Mechelen, Foom had been on the top of that list for a while! At Foom the food is homemade and the interior is small but cozy. Rumour has it that the pancakes are legendary, but unfortunately breakfast is only served until noon and as we arrived half an hour late I was not able to try them out myself. What I can do tell you is that lunch is pretty amazing. We both ordered the Sandwich with chicken, red pesto, red onions, bacon and parmesan cheese and it was absolutely delicious! 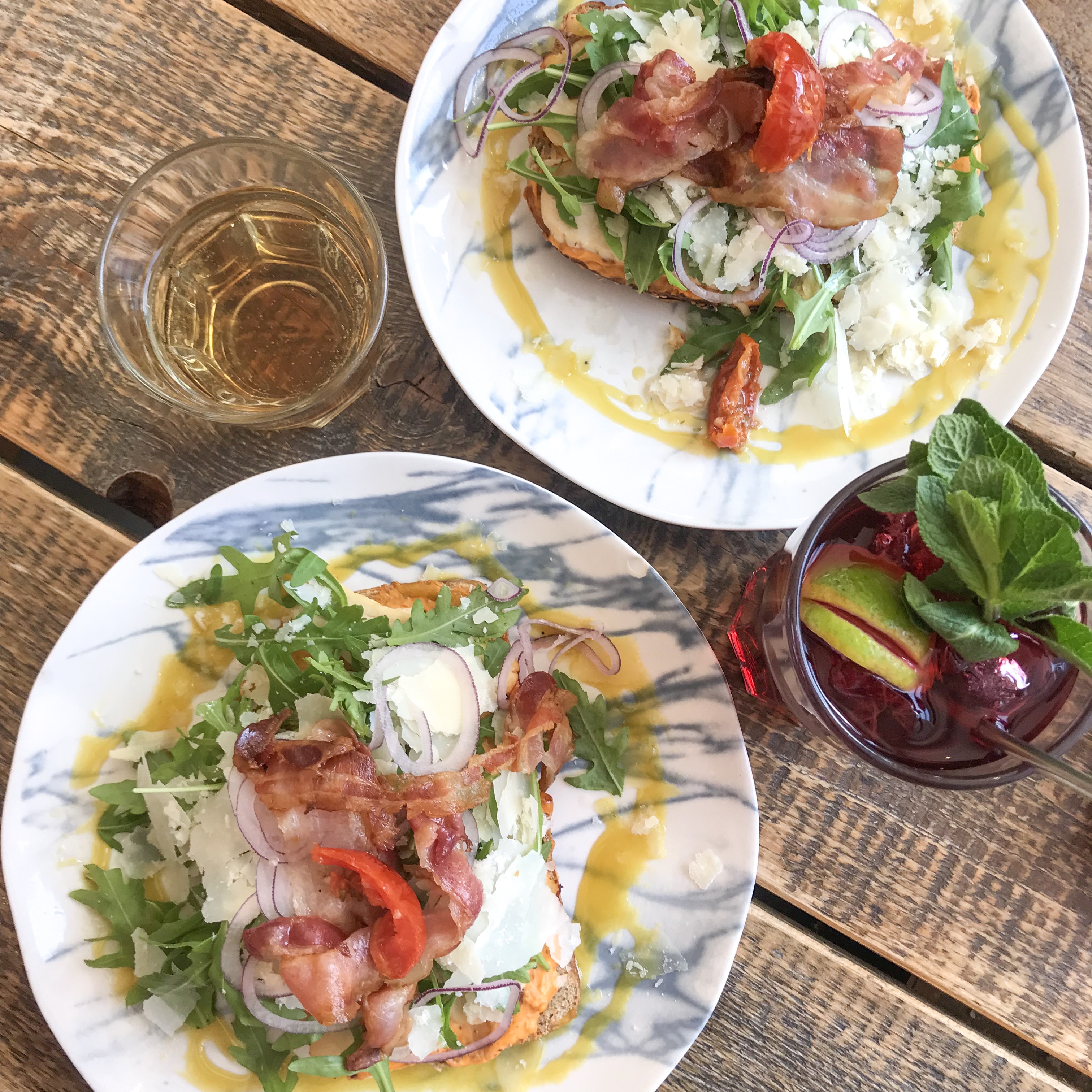 The Saint Rumbold’s Tower is the symbol of the city! The tower, which is actually a belfry, offers a fantastic view from the skywalk over the city. However don’t forget to also take a look inside the cathedral. 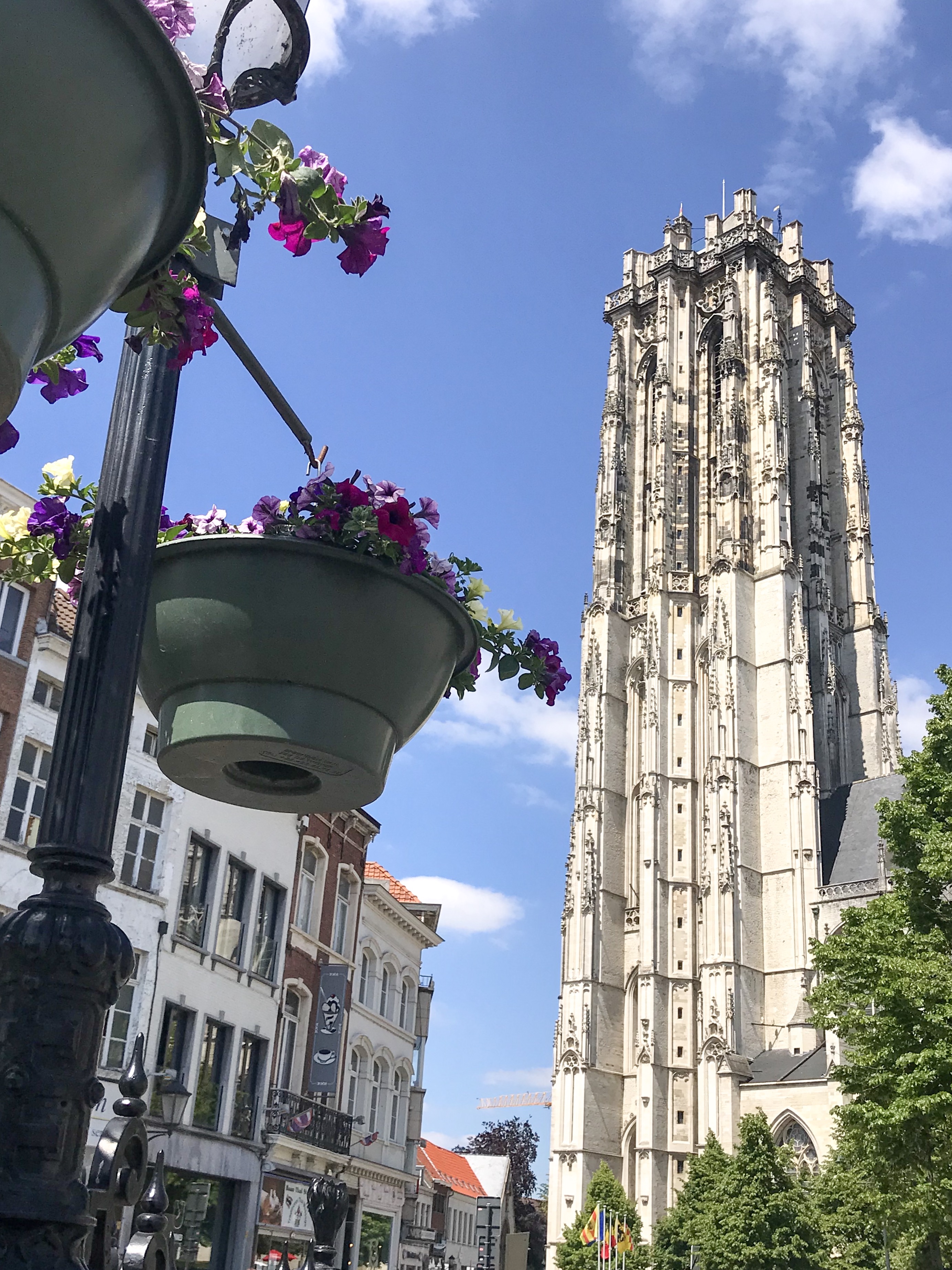 Are you guys familiar with the famous legend attached to the Saint Rumbold’s Towe? The legend goes that on the night of January 27-28, 1687, there was a full moon and low hanging clouds. When a man left the bar late at night, he saw a glow coming from the tower and smoke rising up from it. He thought the tower was on fire and so he alerted the rest of the city.

It wasn’t until the entire city had carried buckets of water up the (514!) stairs of the tower that they realized the glow had come from the moon shining through the windows of the tower, making it look like it was on fire and as if the clouds were smoke. The people of Mechelen tried to cover up that they had actually tried to extinguish the moon, but the story spread and until this day they are called the “Maneblussers” or “Moon Extinguishers”.

A visit to Mechelen is not complete without spending some time at The Grand Place, the city’s most important square. The main landmark on The Grand Place is the gothic City Hall, part of the UNESCO World Heritage sites. 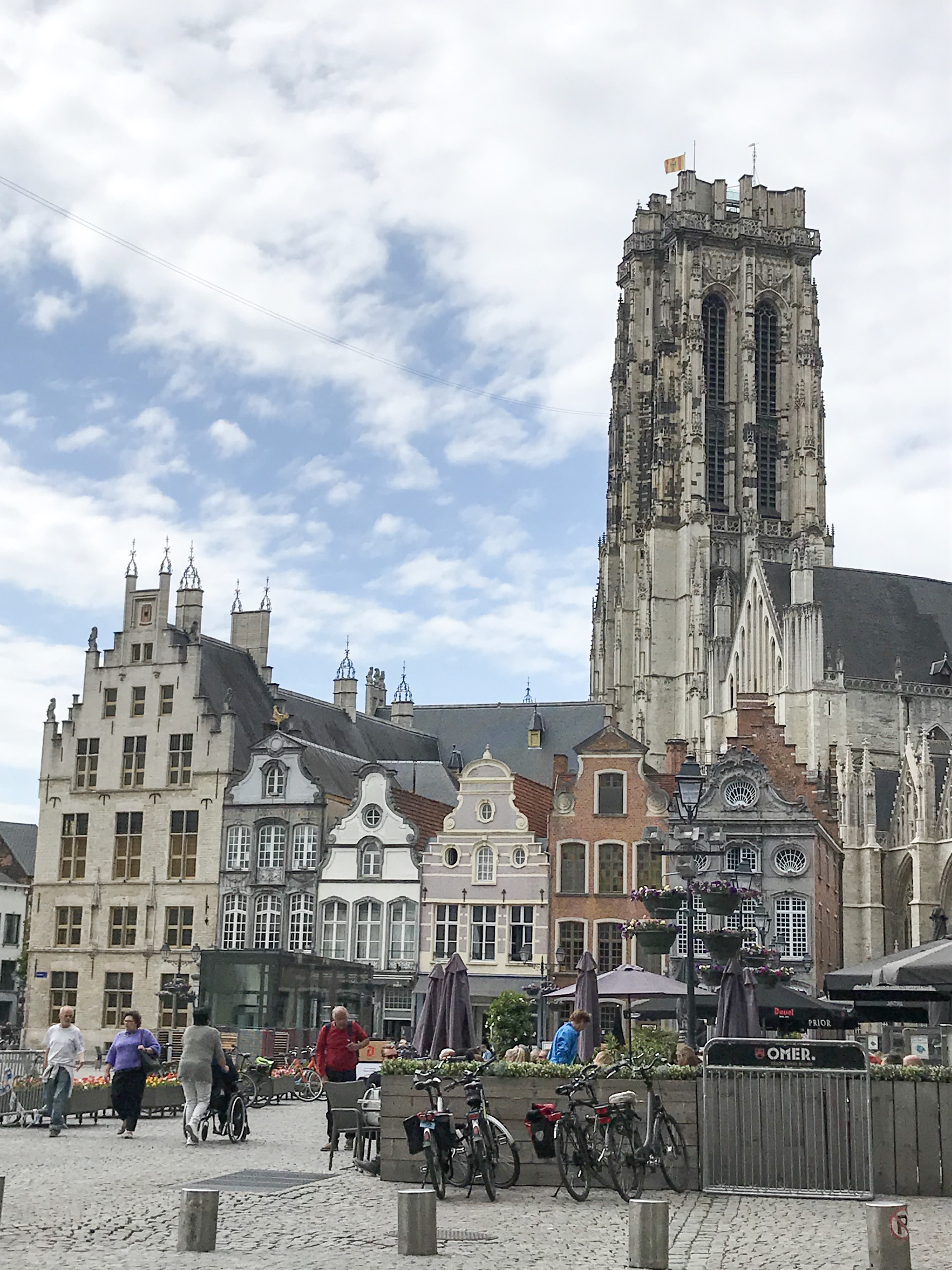 To me a city where there is a river passing through always has that extra charm! Coming from The Grand Place you will first pass the Melaan, a watercourse that used to be covered but was reopened in 2007. Then there is the Kraanbrug, a bridge over the Dijle that offers the best view on the beautiful 16th and 17th century houses along the river. And finally there is the Dijlepad, a path that makes sure you can actually walk on Mechelen’s signature river. The Dijlepad starts at the Vismarkt and goes all the way to the Botanic Garden. 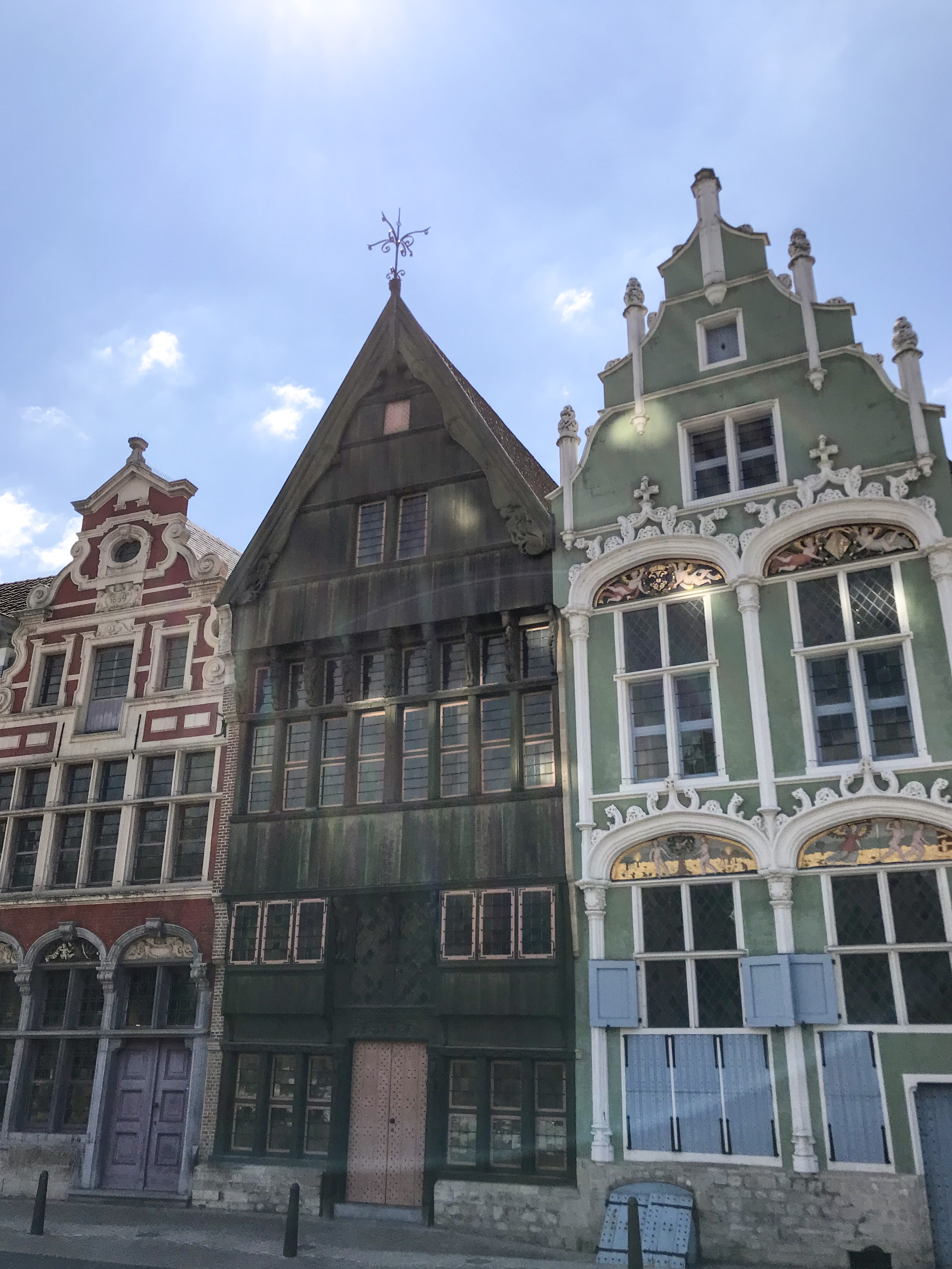 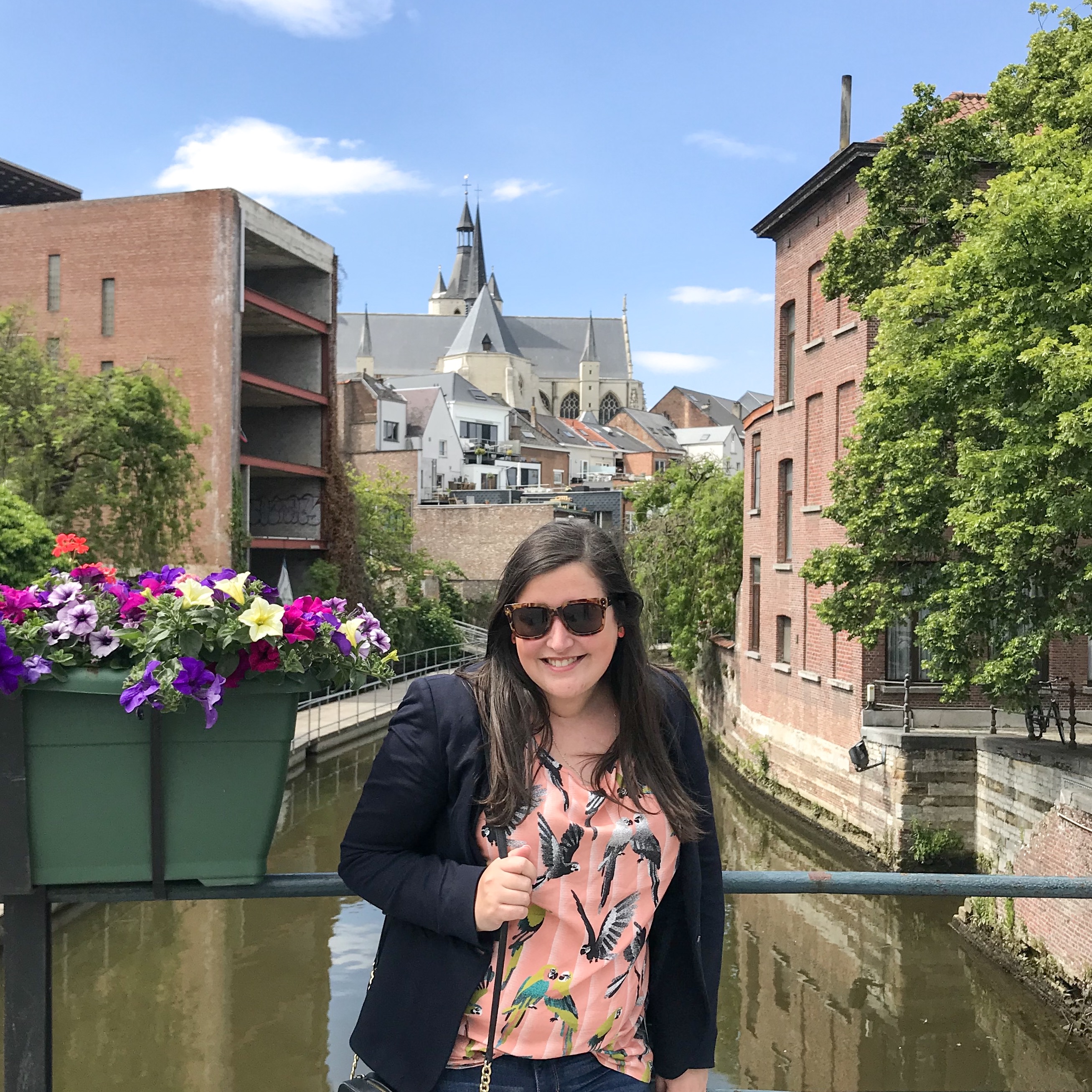 Go shopping in the Onze-Lieve-Vrouwestraat

The popular shopping street in Mechelen is the Bruul. As all the big chains are located there don’t even bother going there, but instead explore the Onze-Lieve-Vrouwestraat that offers many alternative boutiques such as; 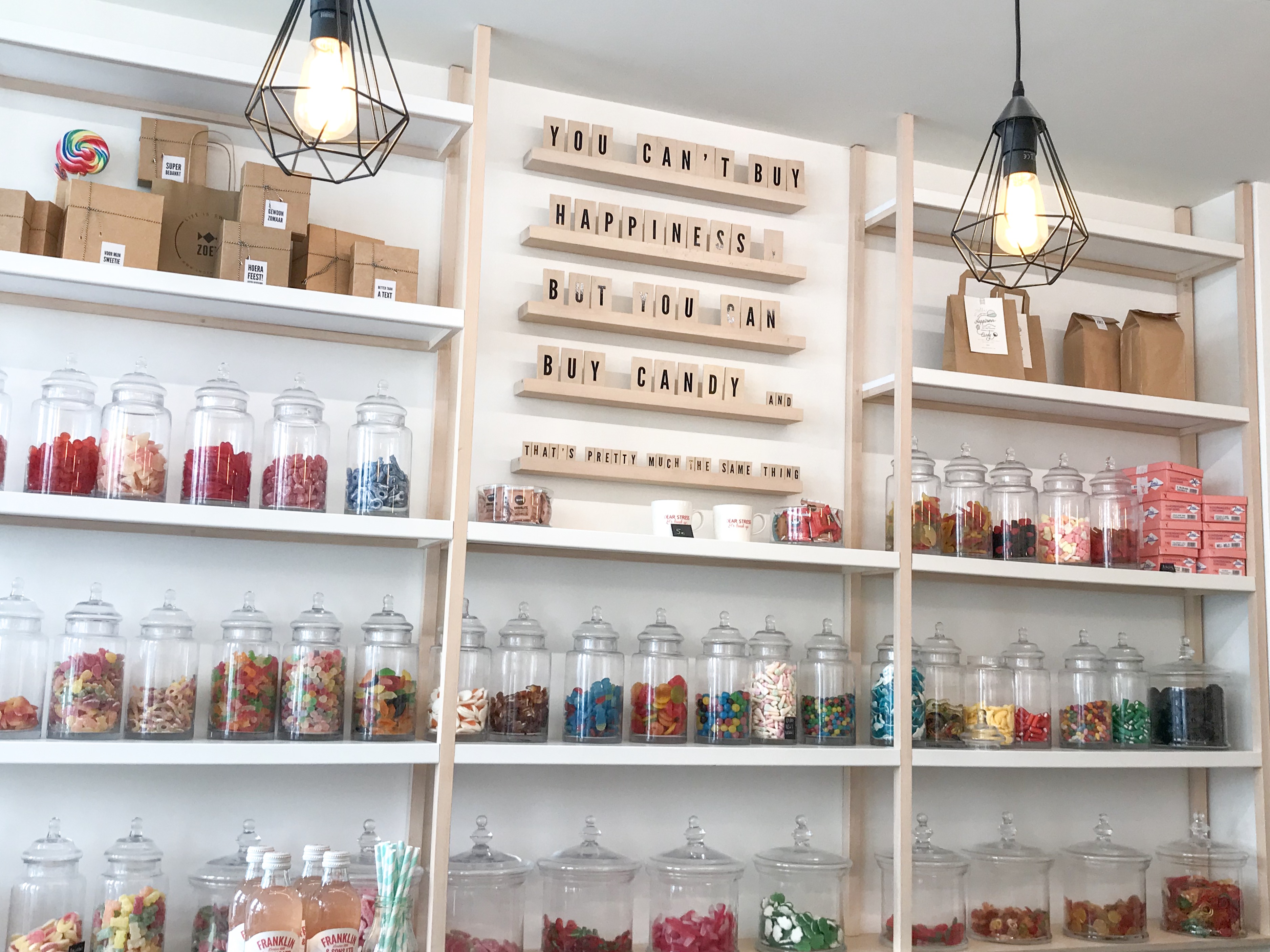 Have a drink in the Vleeshalle

Since April 2019 Mechelen welcomed it’s very own foodmarket. This monumental space, which was once home to the old meat market, is now a culinary hotspot in the heart of the city. We did not eat here, but when there is a foodmarket in town I have to check it out, so we had a glass of wine there instead. 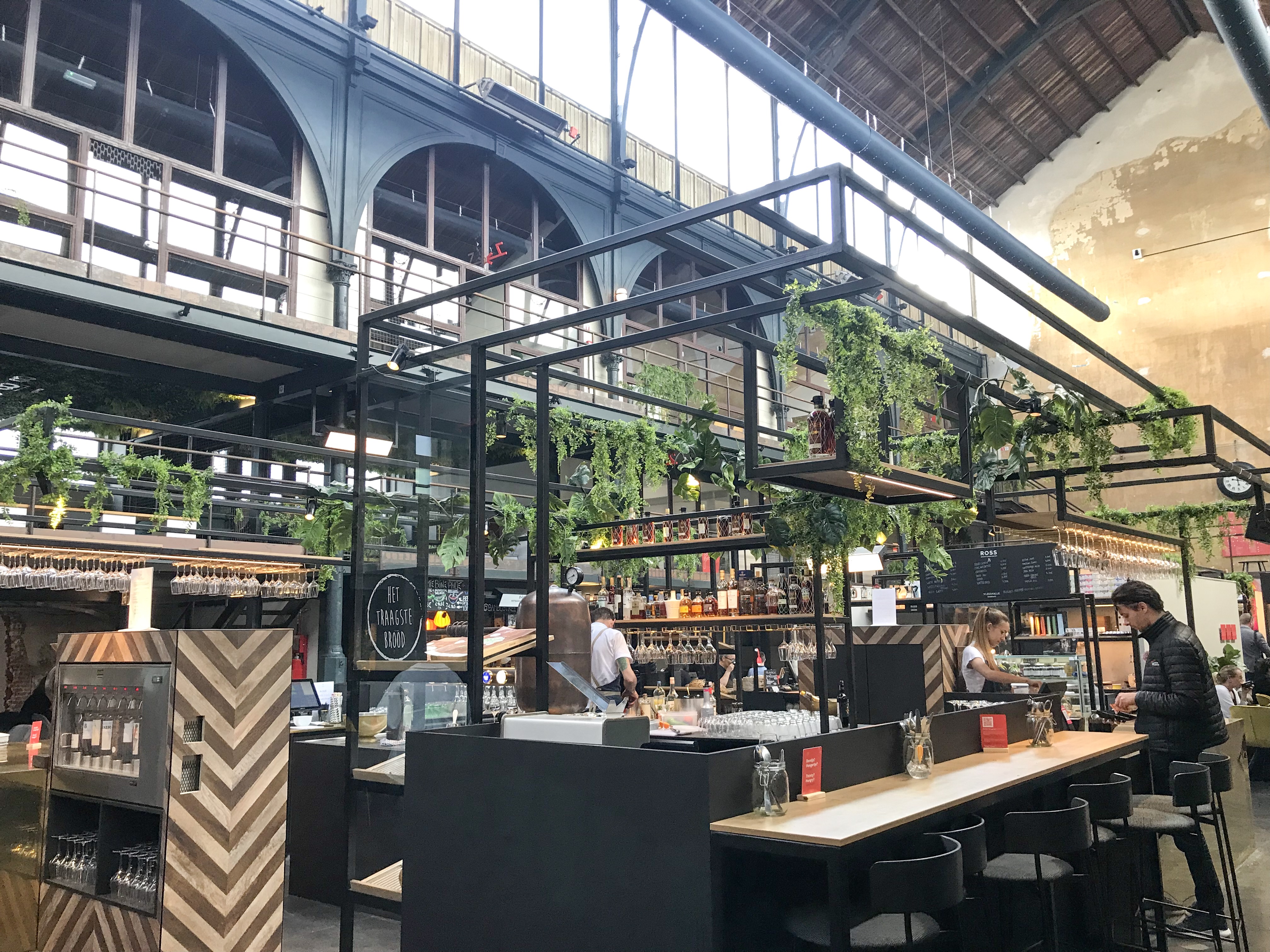 Visit the Palace of Margaret of Austria

One of the most beautiful historic buildings in the city is the Palace of Margaret of Austria. She was regent of the Habsburg Netherlands between 1507 and 1530. Her residential palace was the Court of Savoy, the first renaissance building in the Low Countries. The beautiful garden is open for visitors until 6PM during the summer months. 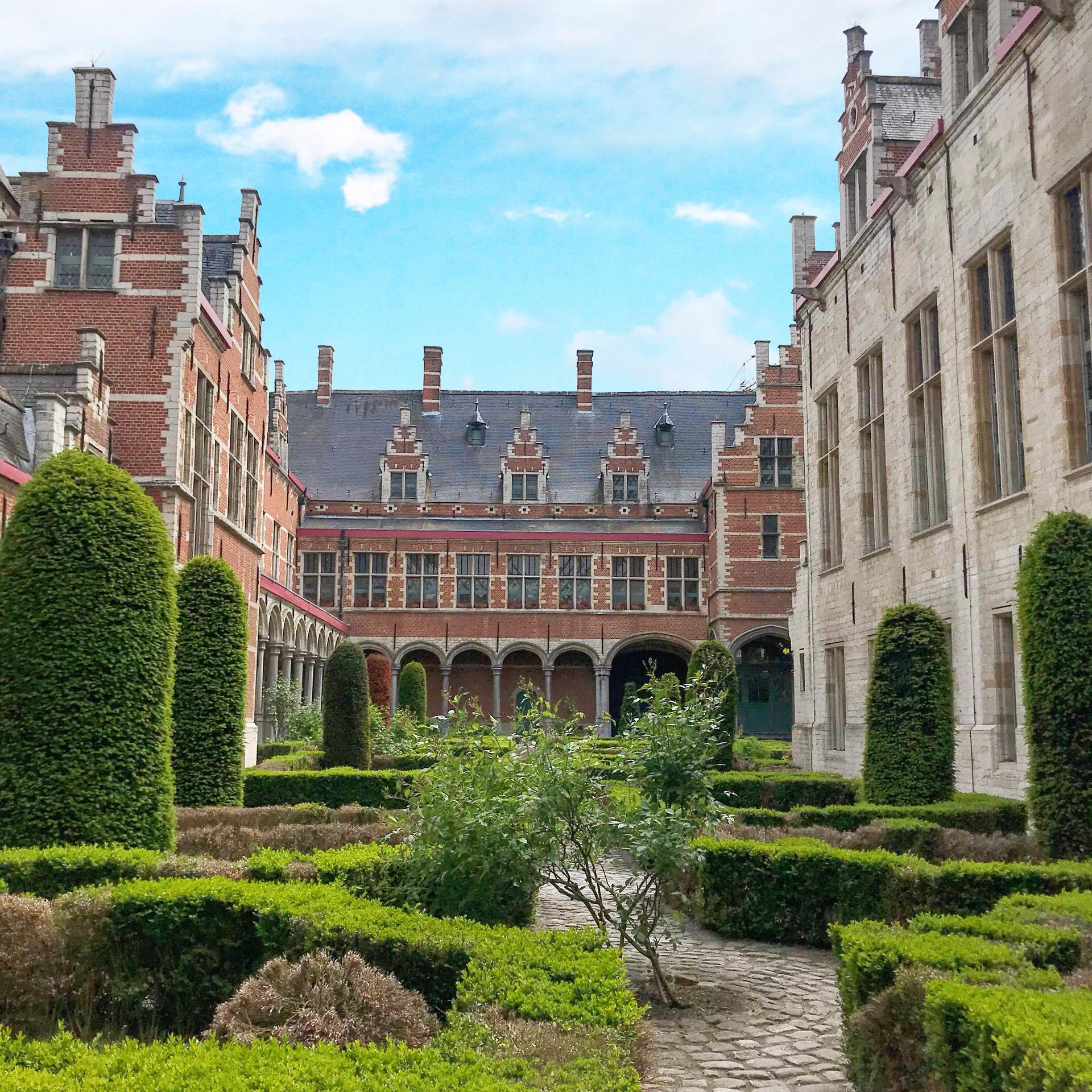 Enjoy apéro time in the sun on the Vismarkt

The ‘Vismarkt’ is the most cozy square in town, and the place to be if you want to enjoy a drink near the waterside. The Vismarkt or “Fish Market” is where – indeed – fish was traded back in the days. Today the square is dominated with restaurant and bars. We enjoyed some q-time in the sun on the terrace of the brown bar ‘Het Ankertje aan de Dijle’, but also Sister Bean seemed like a fun place to go.

Have dinner at Pintxos

Another foodie hotspot on my list was Pintxos. The interior at this restaurant is modern but cozy, just the way I like it! The concept at Pintxos is inspired by the Spanish food culture, but the chefs use ingredients from all around the world. Everything is fresh and home-made and changed according to the season. We ordered four dishes to share: the bruschetta maison, the vitello tonnato bruschetta, a steak tartare and my personal favorite; asparagus with a dill sauce. This resto is a must do, when you are in Mechelen! 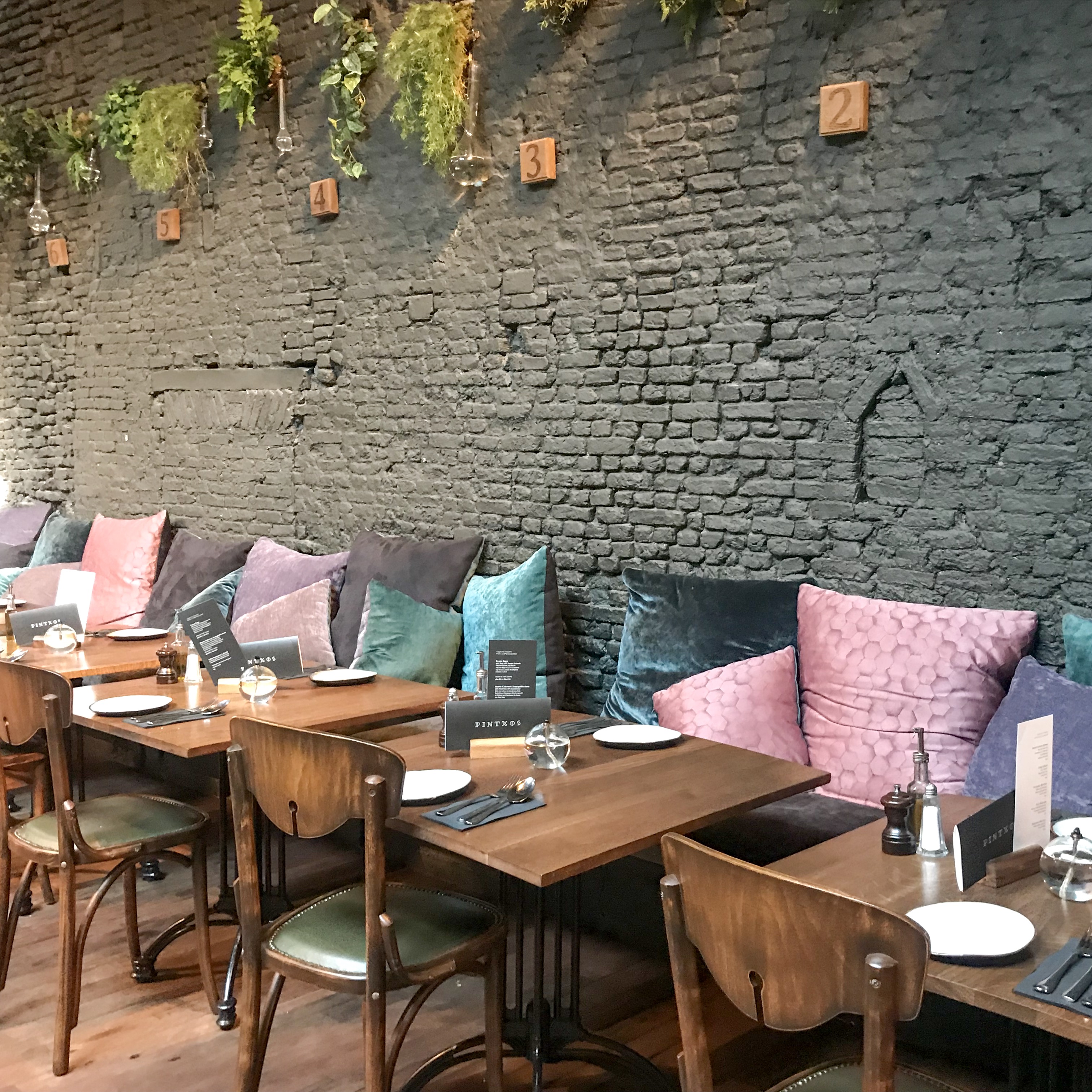 The easiest way to get to Mechelen is by train. The train station is whitin 10 minutes walking distance from the city centre.