Just like in other European capitals, there are many things to see and do in Brussels, so only one day in the city isn’t enough to cover all the grounds. However if it’s your first time visiting and you’re short on time, or you’re on a daytrip to Brussels from Ghent (or one of the other surrounding cities), 24 hours is a good amount of time to take in the highlights and try some of that yummy chocolate and waffles Belgium is so famous for. How about I share with you guys the itinerary that @jilltjelesrauwaet used during our day in Brussels.

We started our day at the Mont des Arts, which was about a five minute walk from the train station. The Mont des Arts is a beautiful park located in between the upper and lower part of Brussels. Due to its location, the square offers amazing views over the city. Well it normally does, because when we were there, they were lots of tents and podia blocking the view. Bummer! The enchanting garden with lined trees and fountains is surrounded by a number of remarkable buildings: the Congress Palace, the Royal Library and the National Archives of Belgium. Understandable this is one of the most popular tourist spots in Brussels. 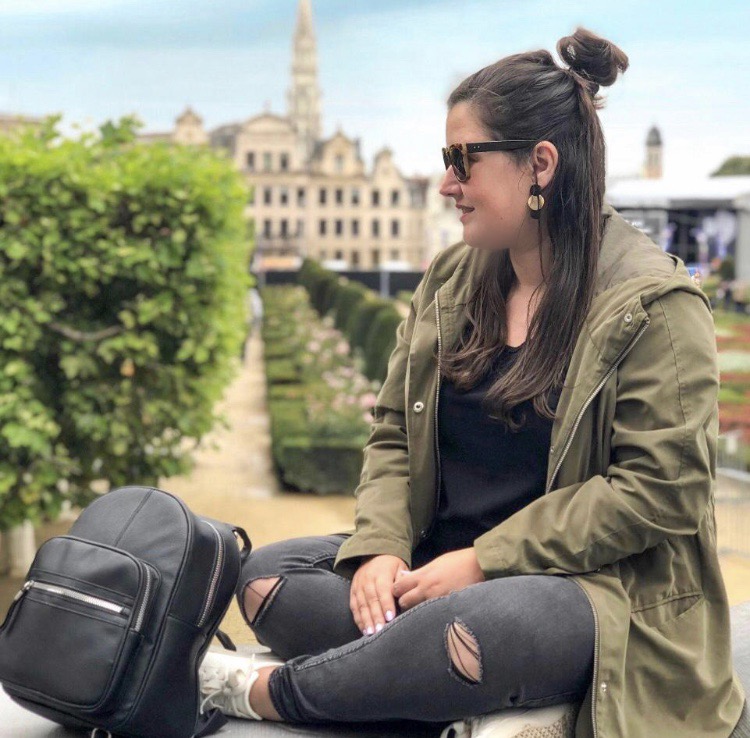 On your way from the Mont des Arts to the Royal Palace, you will pass a gorgeous Art Nouveau building, which is the Museum of Musical Instruments (MIM). In the museum you can find more than 7000 instruments from all around the world. There is also a restaurant with a very nice rooftop bar, from where you have some amazing views upon the city. 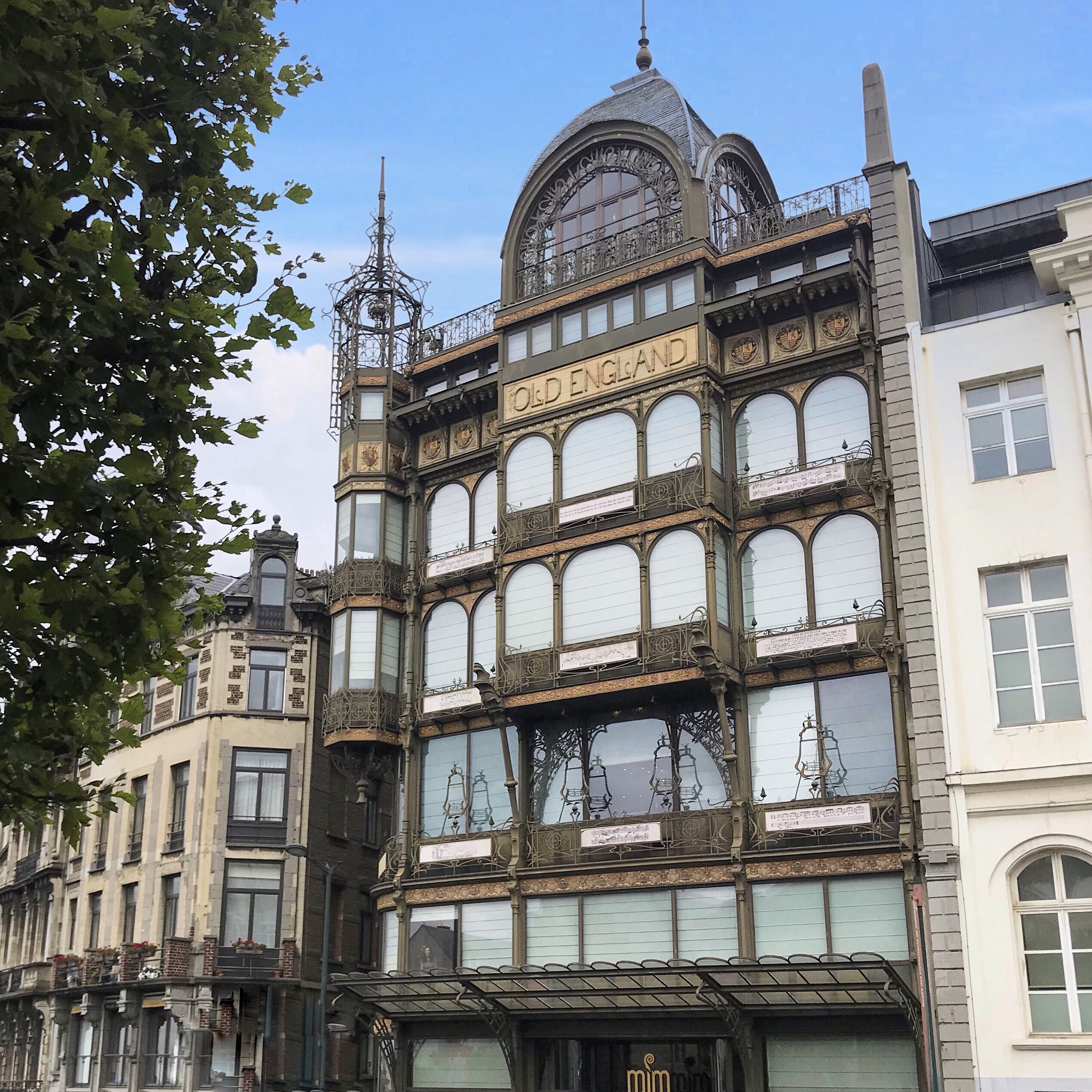 You will also spot the Coudenberg Palace, which was the royal residence from the 12th century until it was consumed by a terrible fire in the 18th century. Every trace of this prestigious palace simply disappeared underground for many years. Today these ruins constitute a fascinating archeological site incorporating a network of underground passages and chambers. Spooky…

Visit the Royal Palace of Brussels

The Royal Palace of Brussels is King Filip’s main administrative residence and workplace. It’s also here that he welcomes heads of state visiting our country. The official residence is located in the outskirts of Brussels – at the Royal Palace of Laeken. It’s been a tradition since 1965 that the Royal Palace of Brussels opens its doors to the public (for free) from the day after the Belgian National Day (July 21st) until the end of August. This truly is a unique opportunity for people to discover the palace’s majestic rooms and corridors, decorated with lots of marble, golden details and winding chandeliers. The palace also has a few decorated ceilings that are really worth your attention, amongst which the one in the ‘Mirror Room’, decorated by the famous Belgian artist Jan Fabre with almost 1,5 million green beetle jewels. Remarkable to say the least! 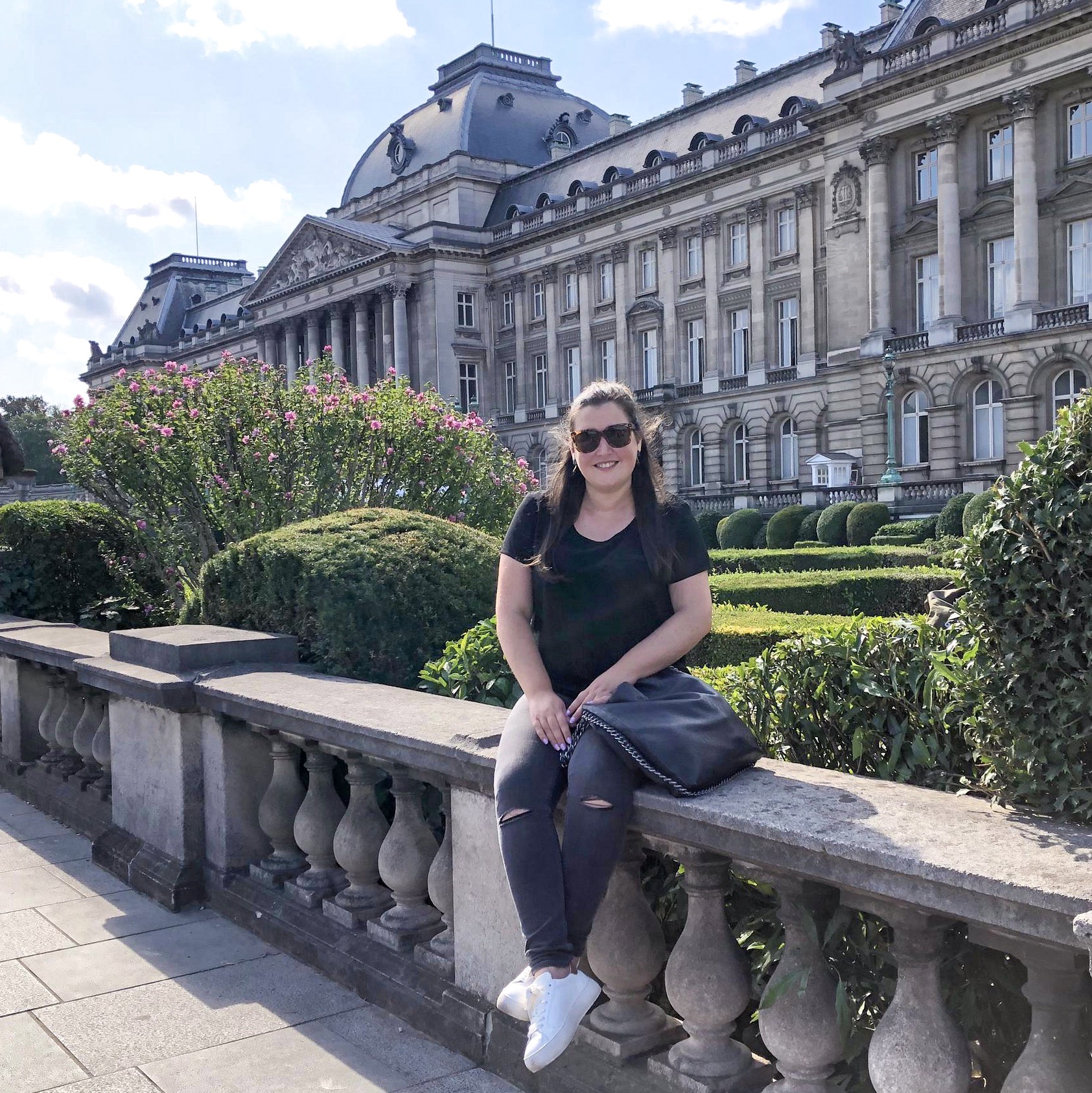 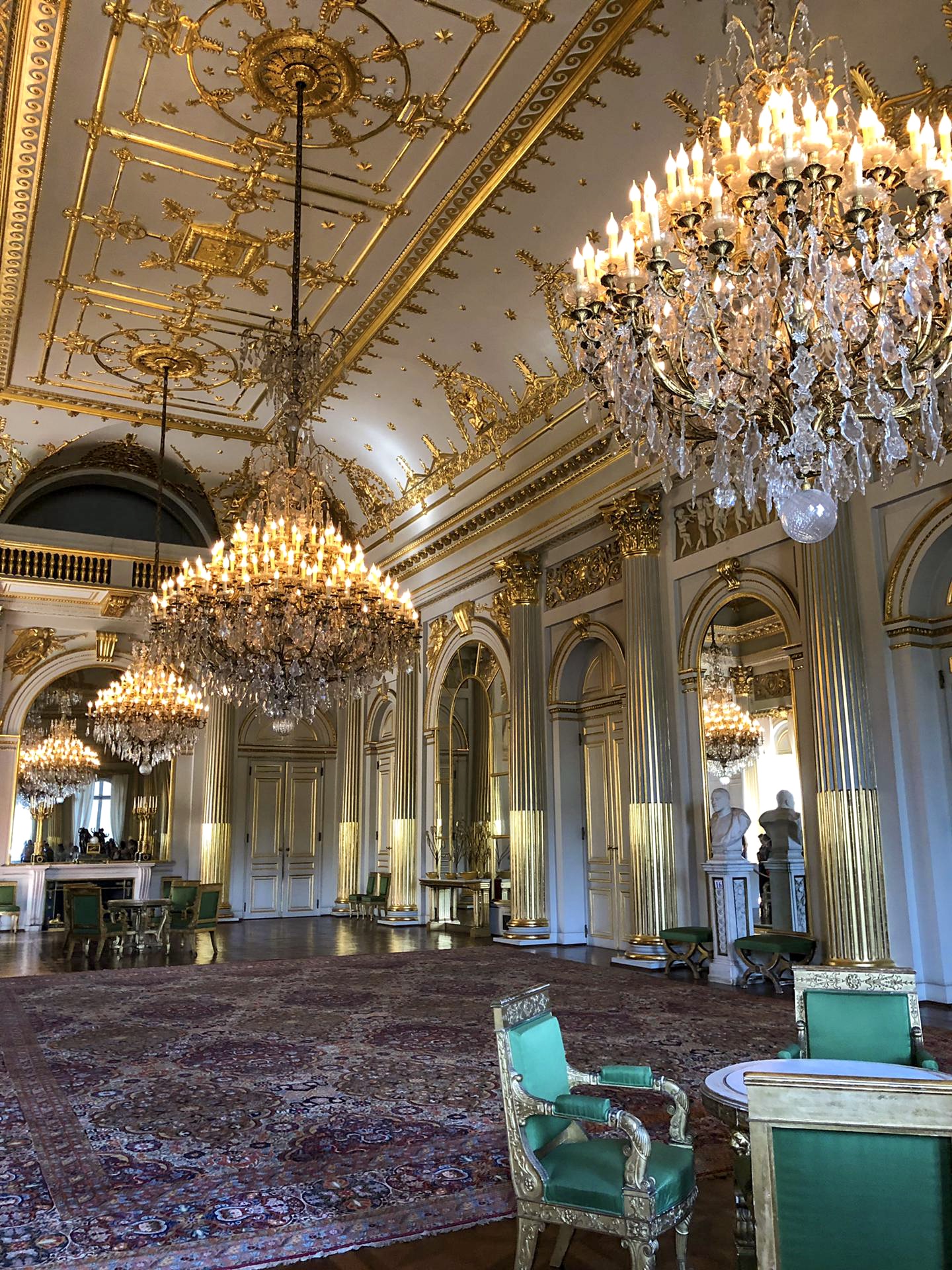 Stroll along the Sablon

Let’s head to the Sablon area! The Grand Sablon is the mecca for antique dealers. On weekdays the square is pretty calm, but during the weekend there is an artsy book and antique market taken place that draws a lot of visitors. Personally I’m a much bigger fan of the Petit Sablon, a charming garden situated between the Rue de la Régence and Egmont’s Palace. The Petit Sablon Square was created in 1890 by architect Henri Beyaert and is dedicated to the memory of Counts Egmont and Hornes, who were executed because of their resistance to the Spanish invasion. 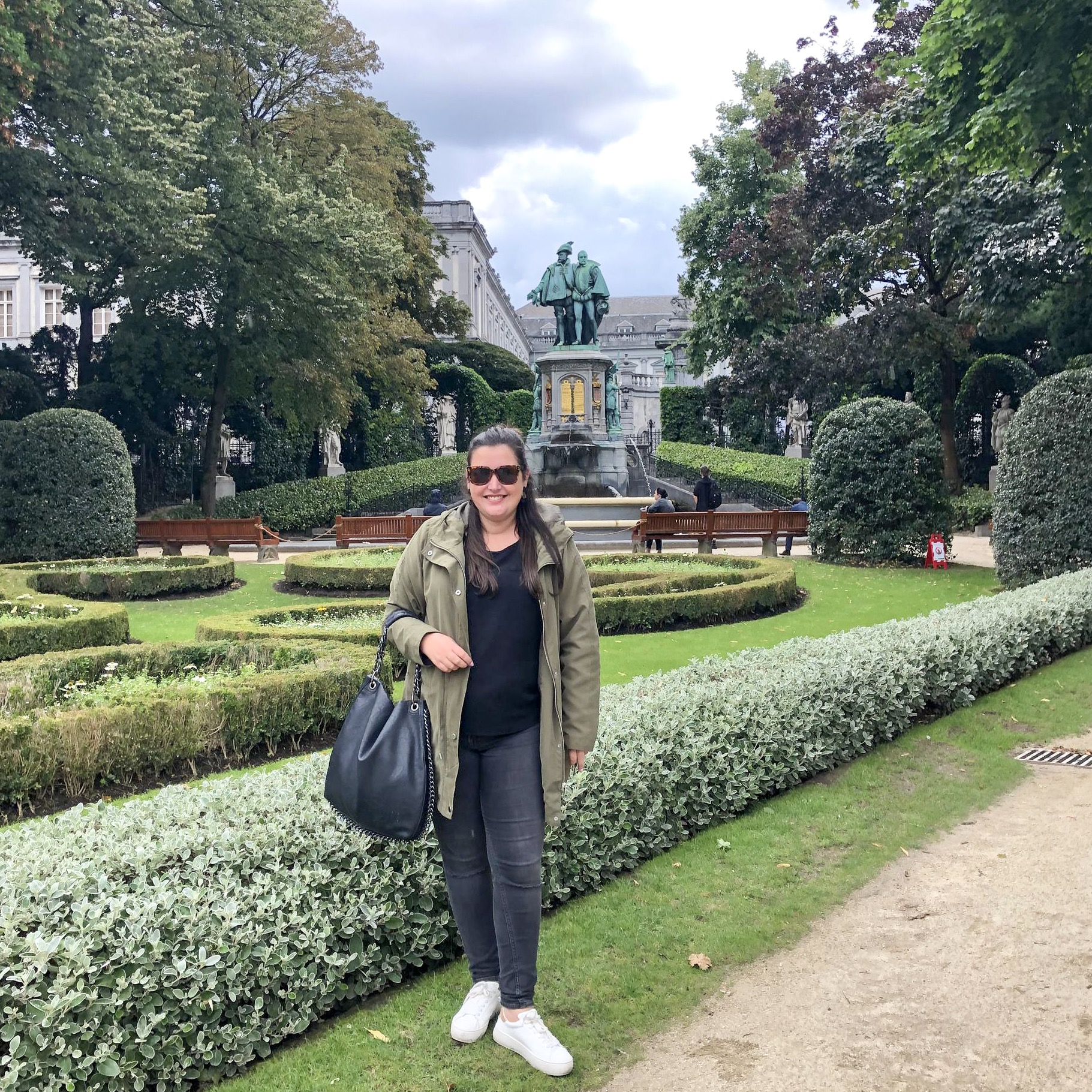 In front of the Petit Sablon, you will see the Church of Our Blessed Lady of the Sablon, one of the most beautiful gothic churches in Belgium. According to legend (here I go again with a legend), in 1348 Beatrijs Soetkens had a vision from the Virgin Mary telling her to steal a miraculous statue of the Madonna from the church in Antwerp and bring it over to the Sablon chapel in Brussels. Since then, the church quickly became a popular place for pilgrimage.

By then we were starting to feel hungry so we decided to have lunch at Café du Sablon, just across the street from the Church of Our Blessed Lady of the Sablon. The interior at the café is nice and bright, with lots of wooden elements and vintage inspiration. As this is mostly a coffee bar, the lunch menu isn’t that elaborate. I ordered a bagel with cream cheese and salmon, and Jill had the guacamole toast with extra salmon. Both were really good! 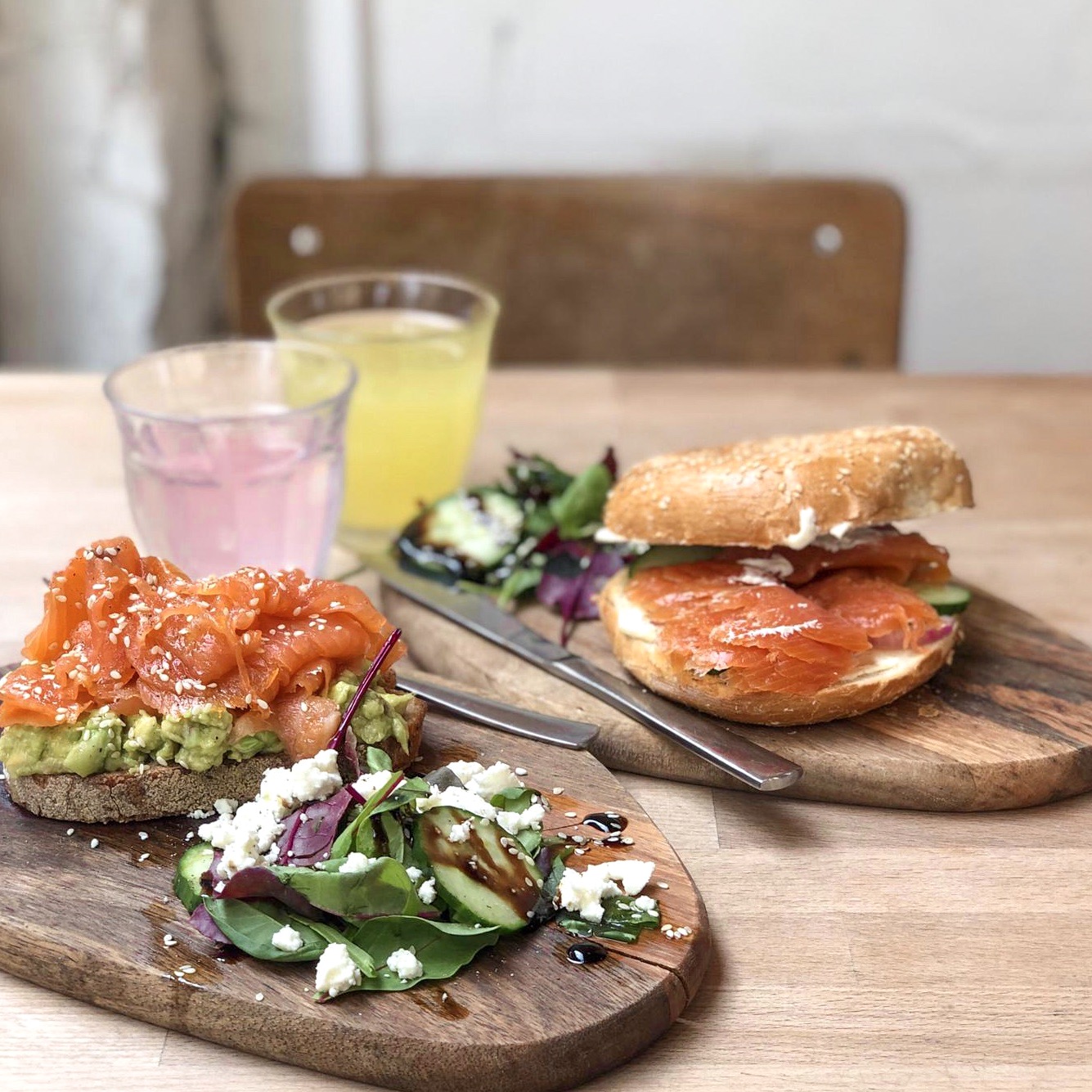 If you prefer to have lunch near the Grand Place, I can suggest Peck 47, a cute little cafe that serves breakfast food all day long and the best homemade juices and lemonades you’ve ever tasted! It may get busy though, but that’s only a testament to its popularity.

You can’t go to Brussels and not see the Grand Place as it’s one of the most beautiful squares in the world! I bet most Belgians aren’t impressed anymore when stepping onto this square, but not me! I love it every single time. The Grand Place is an exceptional testimony of Brussels’ wealthy past as merchant city in the late 17th century. The Grand Place is surrounded by 34 guild houses in Baroque style that are exceptionally beautiful and shining thanks to their golden details. Next to these guild houses, you will also find two Gothic treasures on the square: the City Hall with its elegant spire and the King’s House in which nowadays the Musée de la Ville is based. Since 1998 the Grand Place is listed as a UNESCO World Heritage site. 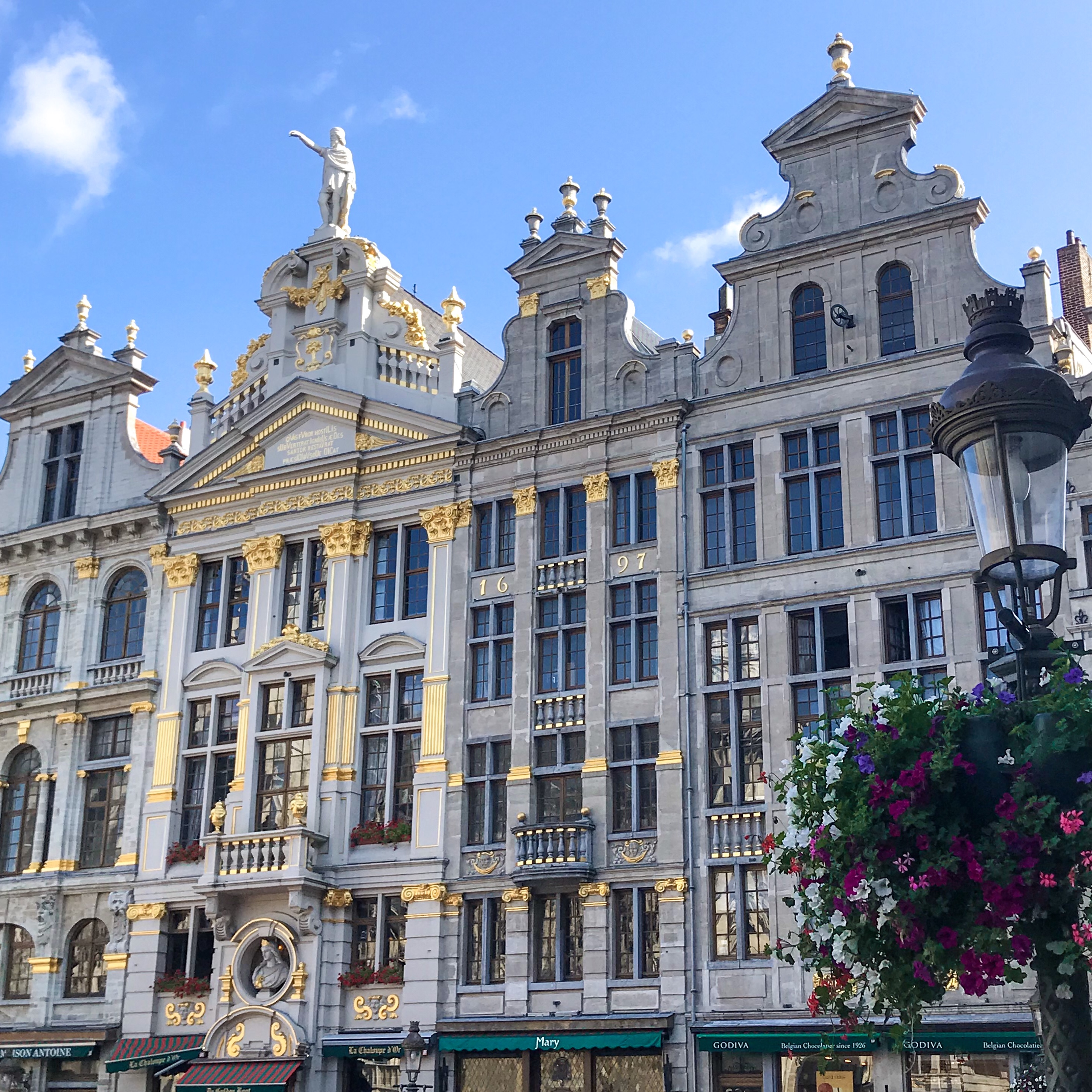 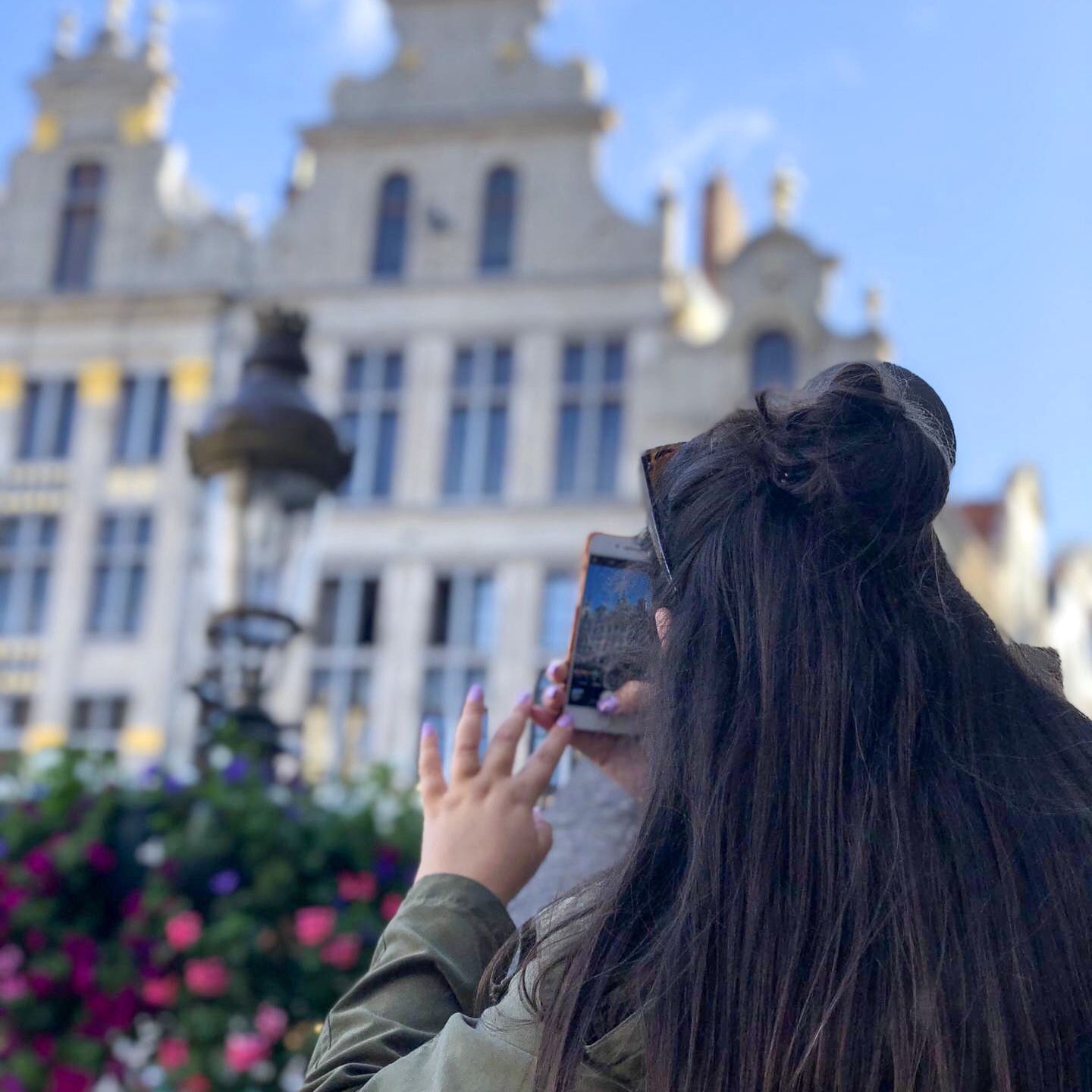 Another famous landmark in Brussels is Manneken-Pis! This small bronze statue of a little boy peeing was designed by J. Duquesnoy the Elder in the 17th century. Originally Manneken-Pis played an important role in the distribution of drinking water throughout the city. When Brussels’ water network changed in the 19th century, Manneken-Pis slowly became a symbol for the people of Brussels representing their sense of humor and independence. You won’t see the Manneken-Pis in his original, naked form very often, since he has more outfits than the average fashionista (a part of his wardrobe composed of 800 costumes can be seen at the Musée de la Ville). 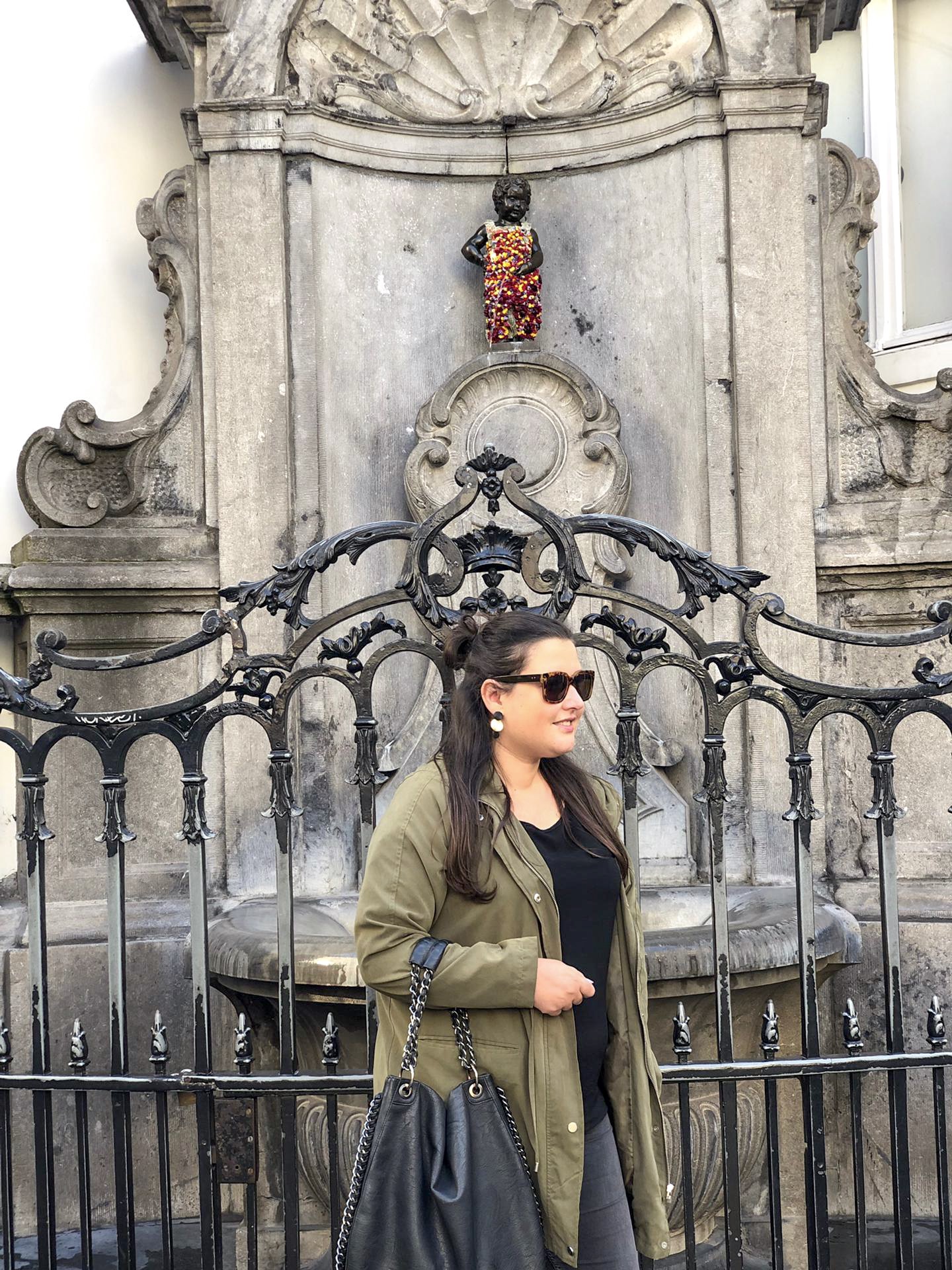 If you like Manneken-Pis, you may also enjoy Jeanneke Pis and Zinneke Pis (a girl peeing and a dog peeing).

Eat some chocolate, waffles and pastries

You’re in the capital of Belgium, so if today isn’t a ‘treat yo self’ kind of day, you will be missing out on the best chocolate, waffles and pastries in the world! Can’t have that right?! 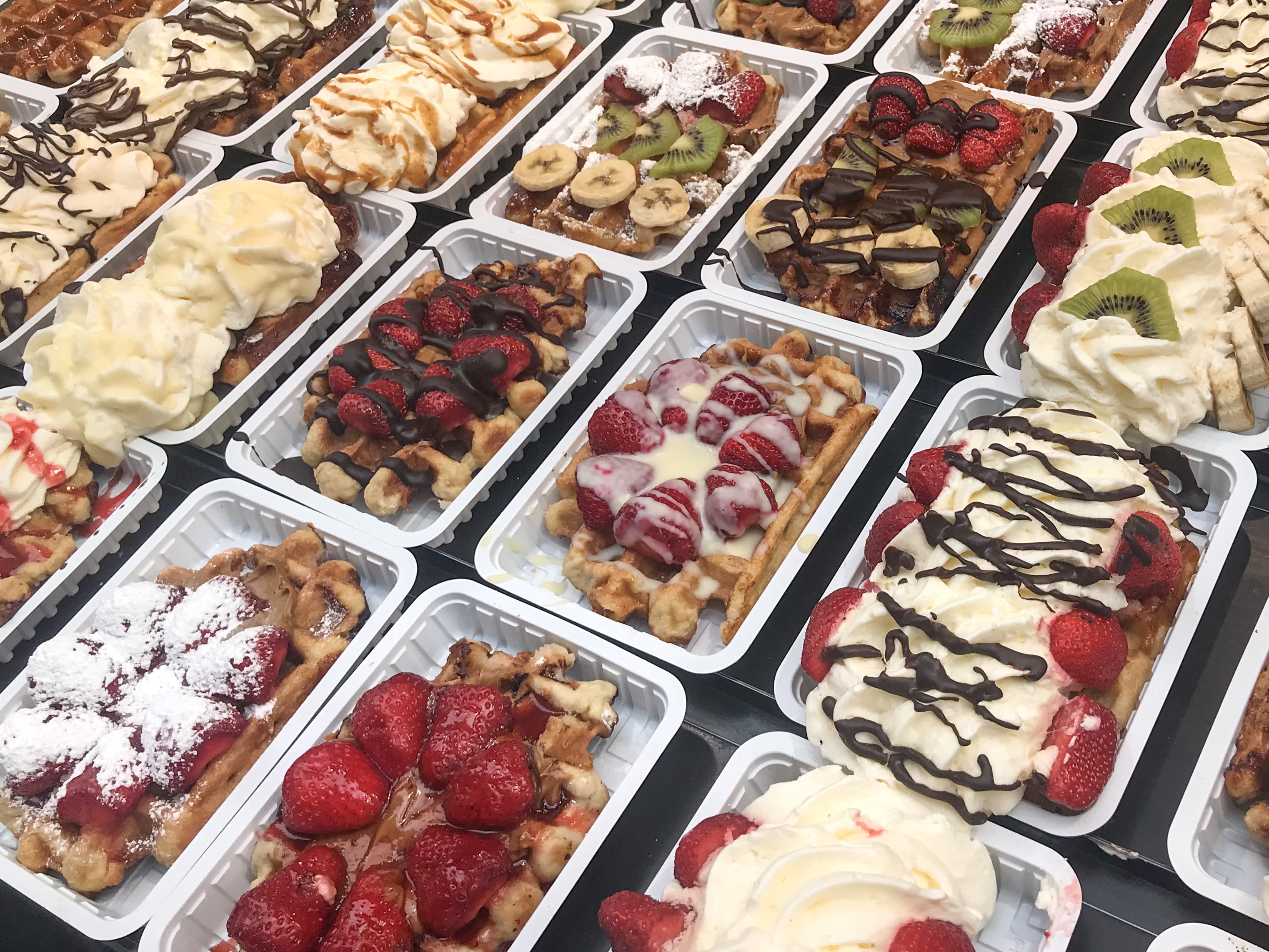 Upon the Grand Place and the surrounding streets you will find all the popular Belgian chocolatiers. There are so many, that it’s going to be difficult to choose, but let me fill you in on a little secret; there is no such thing as bad Belgian chocolate! So it’s really up to you decide which one you like the best! Personally I am a big fan of Elisabeth and the chocolate dipped strawberries from Godiva.
While you are checking out the many chocolatiers it might also be the perfect time to buy some presents for the home front too, so take your time! 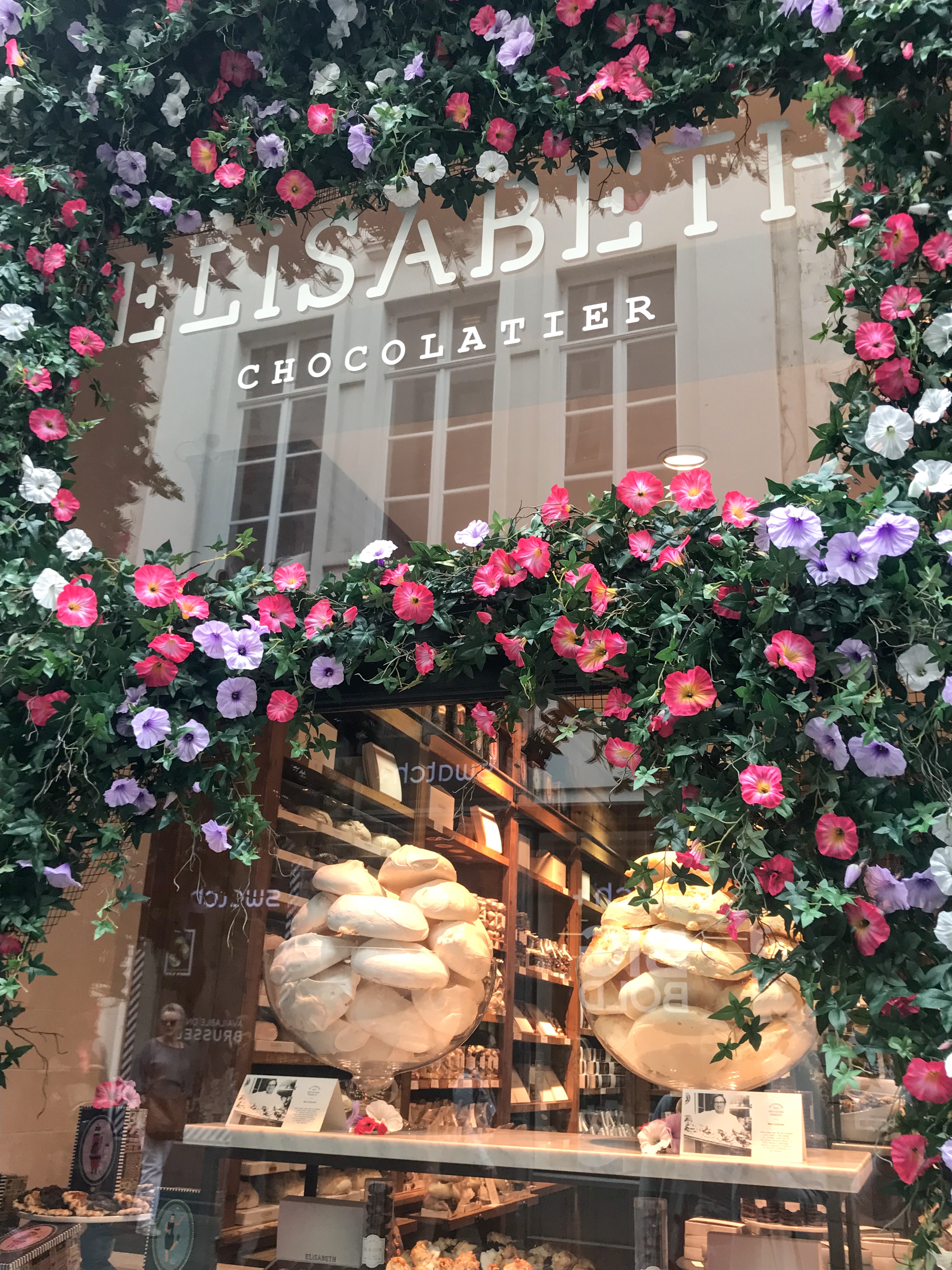 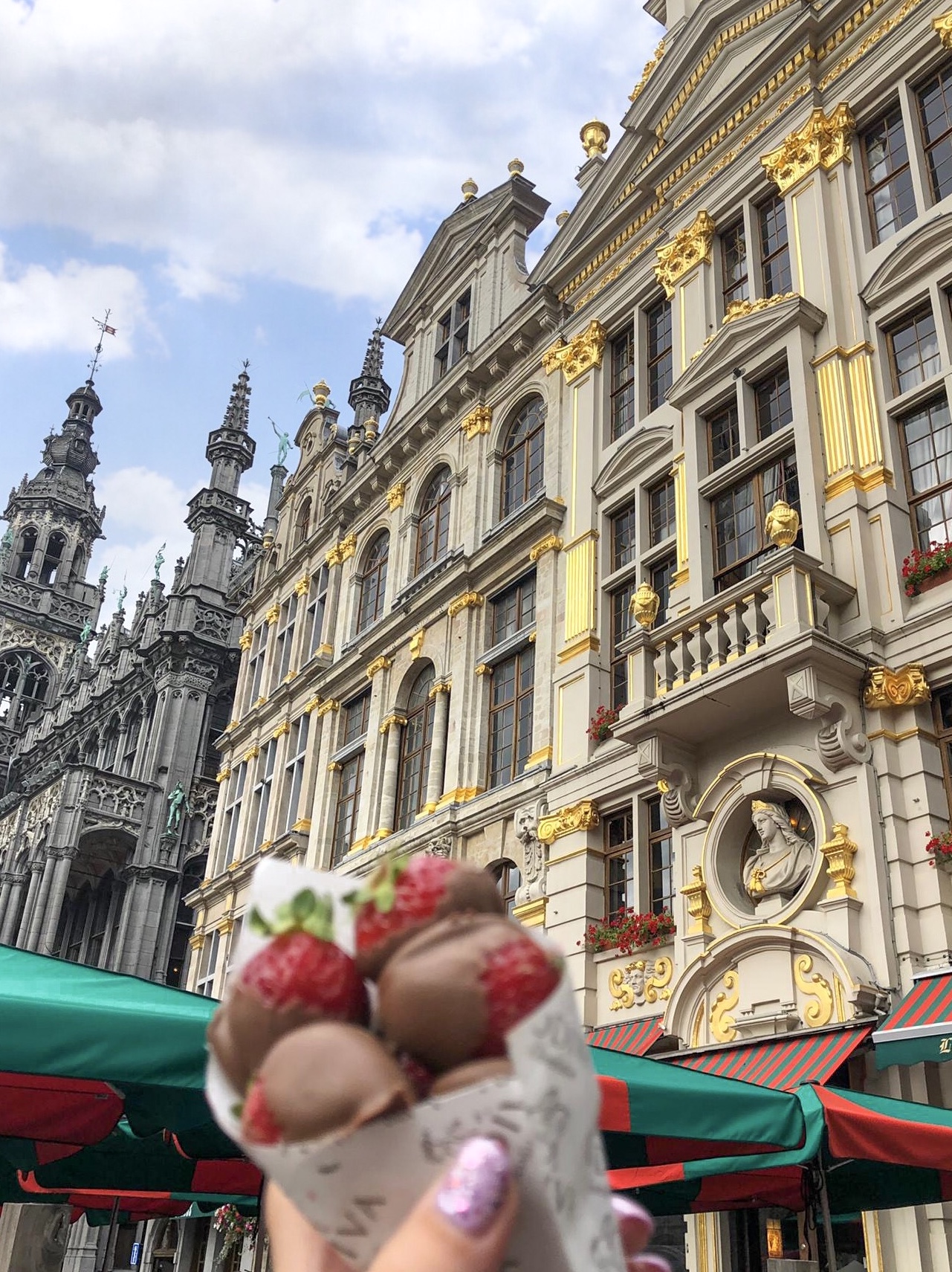 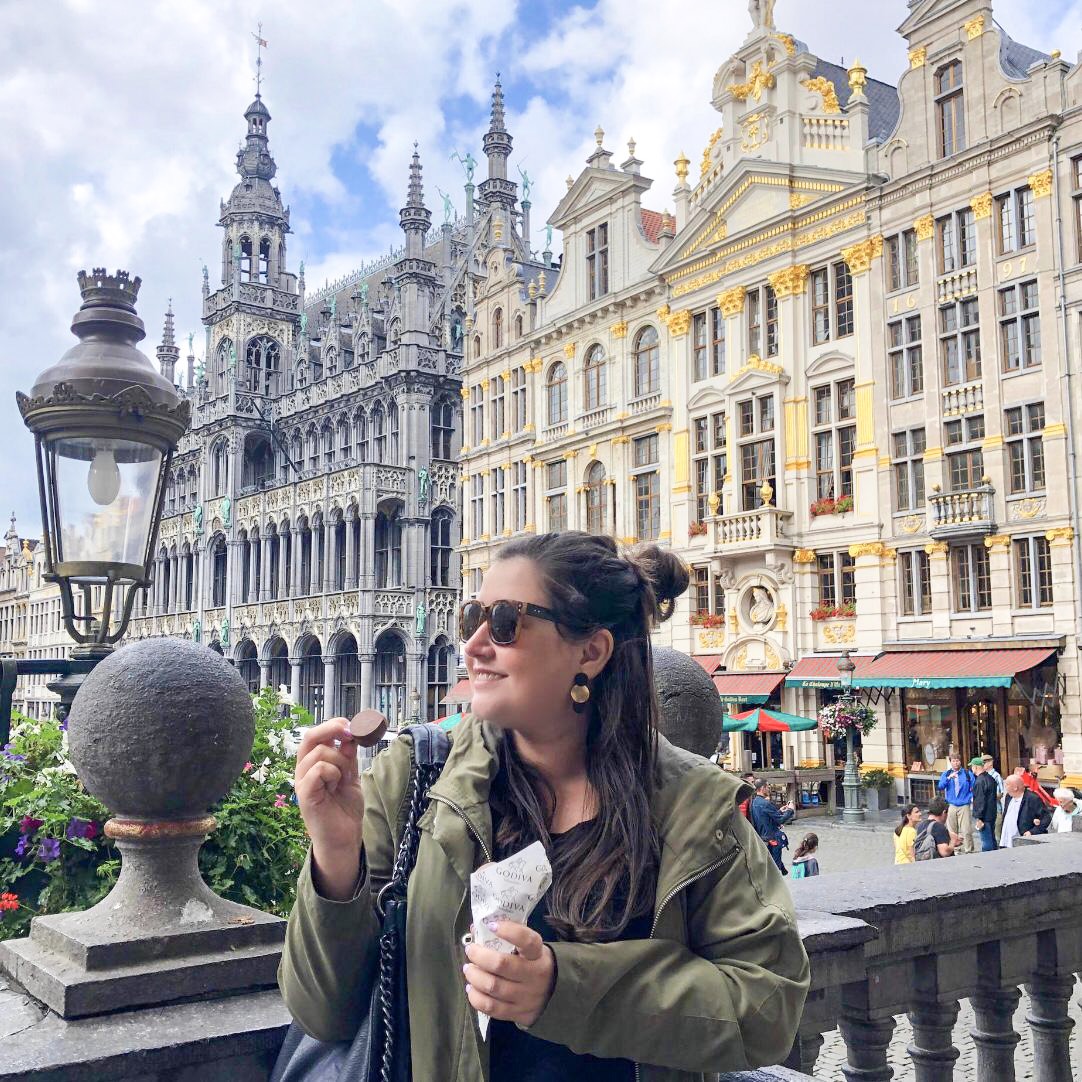 Inside the luxurious Gallery Royals Saint-Hubert you can find the very first Neuhaus boutique (°1857). This gallery will please the culture lovers amongst you too, because it’s really pretty! We decided to enjoy a coffee and pastry at the Aksum Coffee House. The coffee was good, but quite frankly they are much better places in Brussels for a piece of pie. I guess both Jill and I were impressed by the luxury feel of the gallery, as otherwise we don’t really pick out these touristy places! Oh well, still learning too! 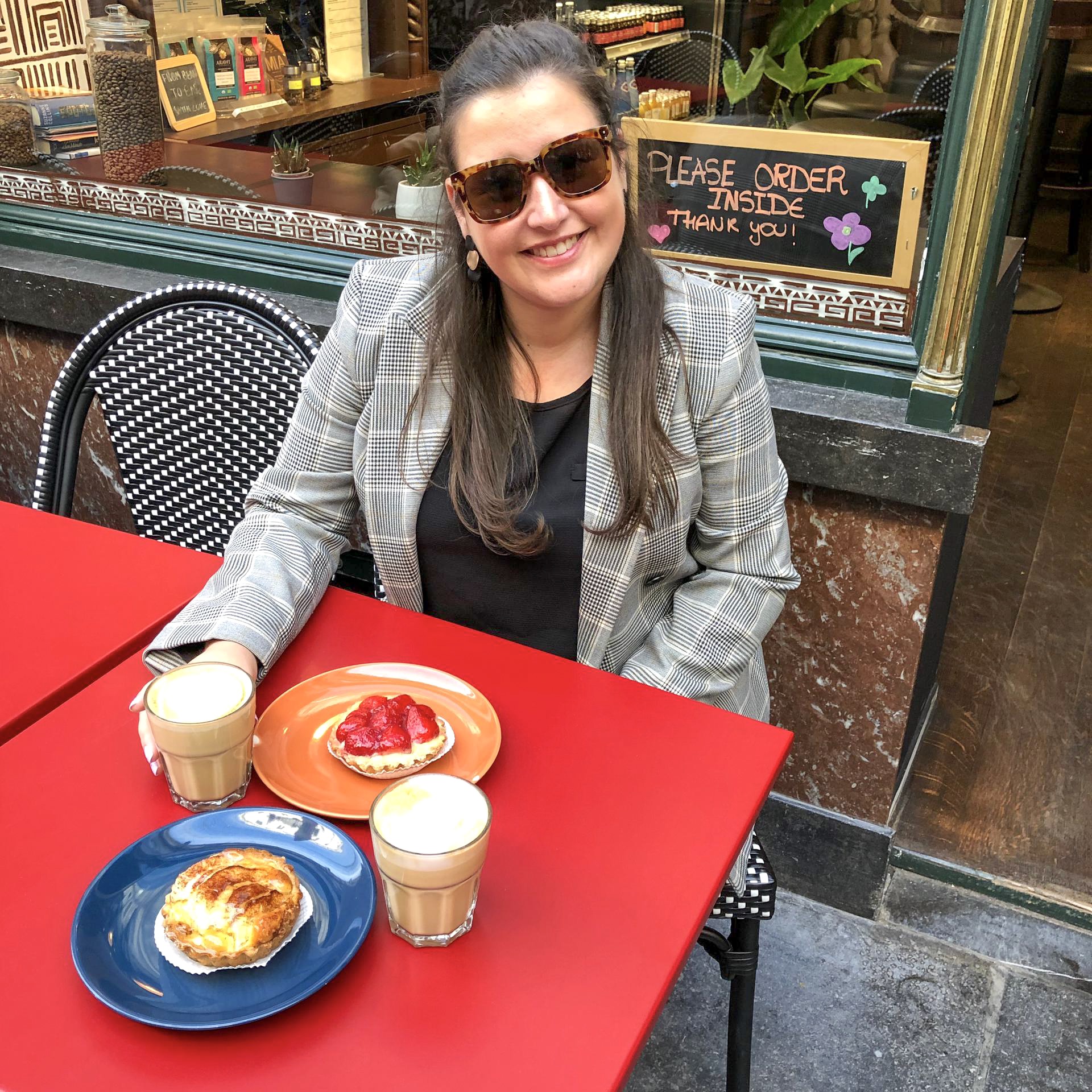 If waffles are more your thing, make sure to try the ones from Maison Dandoy, which are the very best in town or you can buy some to take away at one of the many stands too.

Enjoy a drink a the cozy Place Saint-Géry! I can’t help but feeling nostalgic when I’m here, as this is the spot where @the_exploring_chopstick and I spent a lot of time in between classes during our student years in Brussels. Favorite place to be back in the days: Mappa Mundo! The bar always had an urban and international vibe going on, thanks to the many students and expats that were patronizing the place. I’m very happy that hasn’t changed over the years.

Recently a friend of mine introduced me to Nona, an Italian pizzeria that serves the best wood-fired Neapolitan pizza’s in the capital! It truly was love at first bite! 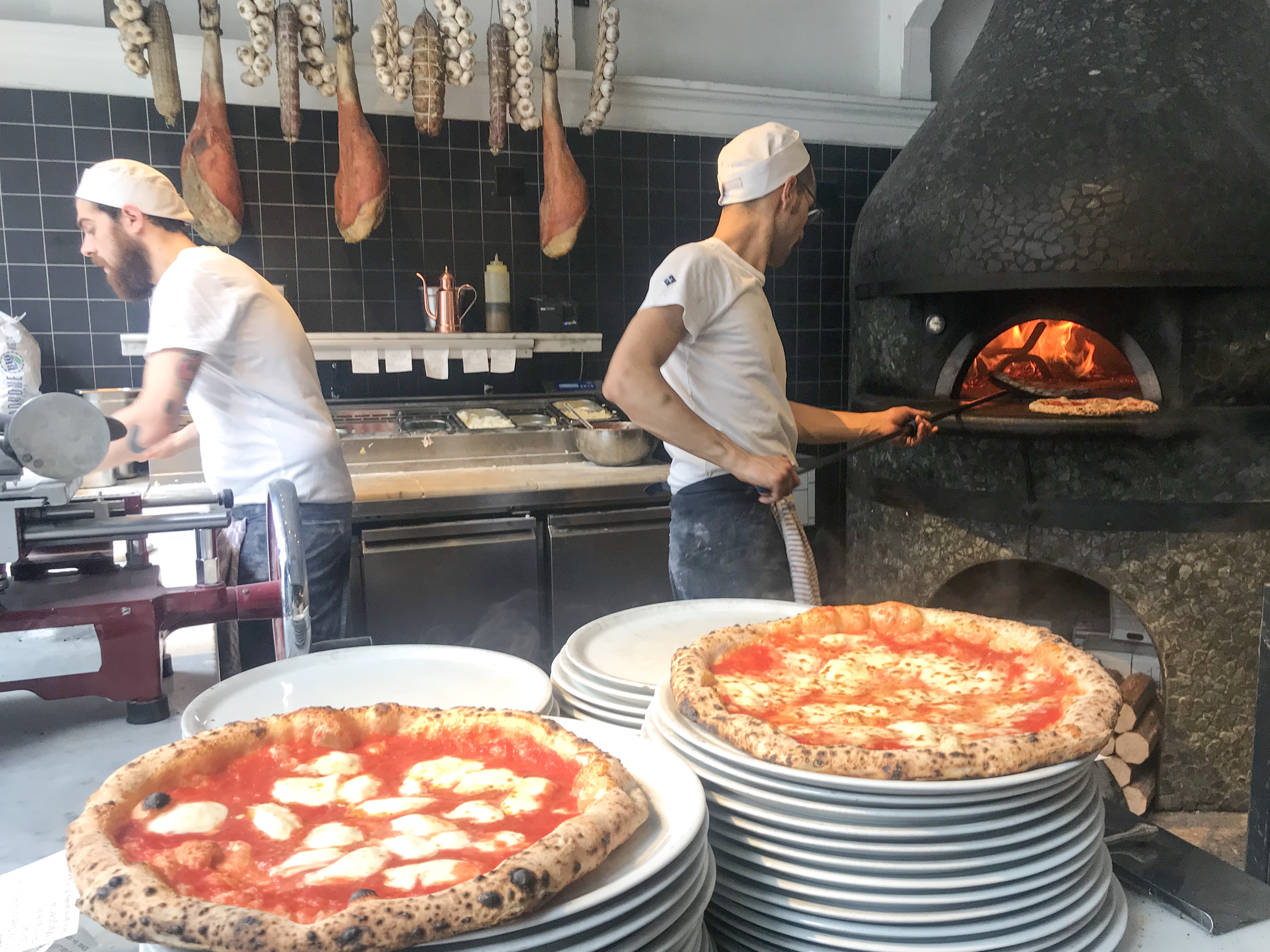 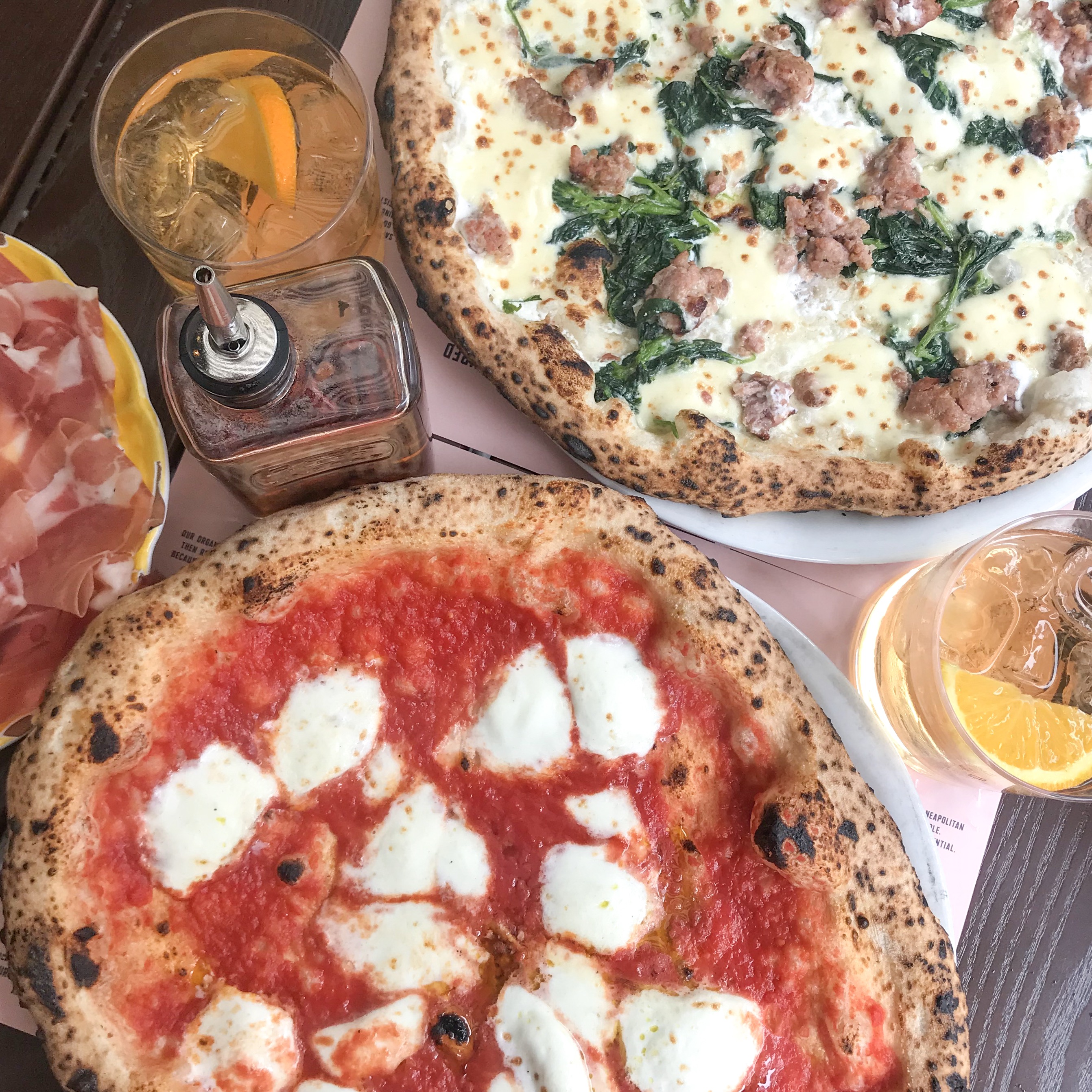 If you rather have a taste of our Belgian cuisine, I suggest Ballekes! For sure the place to be in Brussels for fresh, authentic and delicious meatballs! I loved the pork/beef meatball with the ‘Kriek’ sauce, made with my favorite cherry beer ‘Lindemans’ and a twist of cinnamon. Oh and needless to say that you have to order some fries with mayo on the side, you’re in Belgium! 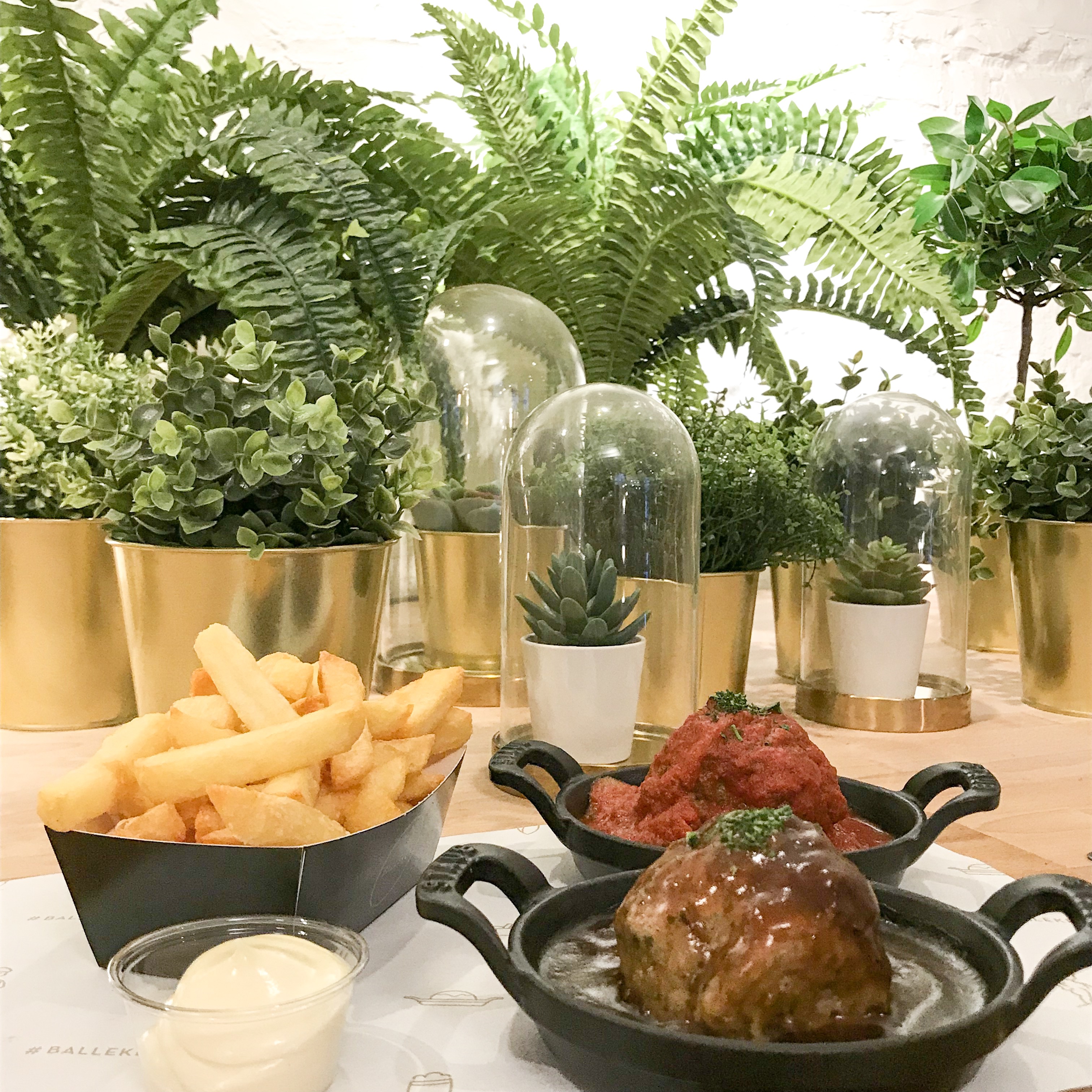