Lille in the Northern part of France is the fifth largest urban area in France. The city is considered the heart of French Flanders thanks to the many influences from both Belgian and French culture. My first introduction with Lille was during a field trip with school in 2004, when the city was selected Cultural Capital of Europe. During that visit I learned a lot about the rich history and culture. While we were exploring I noticed that Lille also had a big shopping culture, but unfortunately there was no time for that back then. However don’t feel sorry for me. The many trips over the years made up for that big time. As Lille is one of my favorite shopping cities and some q-time with Aunt B and cousin Kiki was long due we went on another day trip to Lille back in August.

The historical center, Vieux Lille, is characterized by 17th century brick town houses and adorable cobblestone streets. Lille is a compact city and you can easily explore most of the highlights on foot. 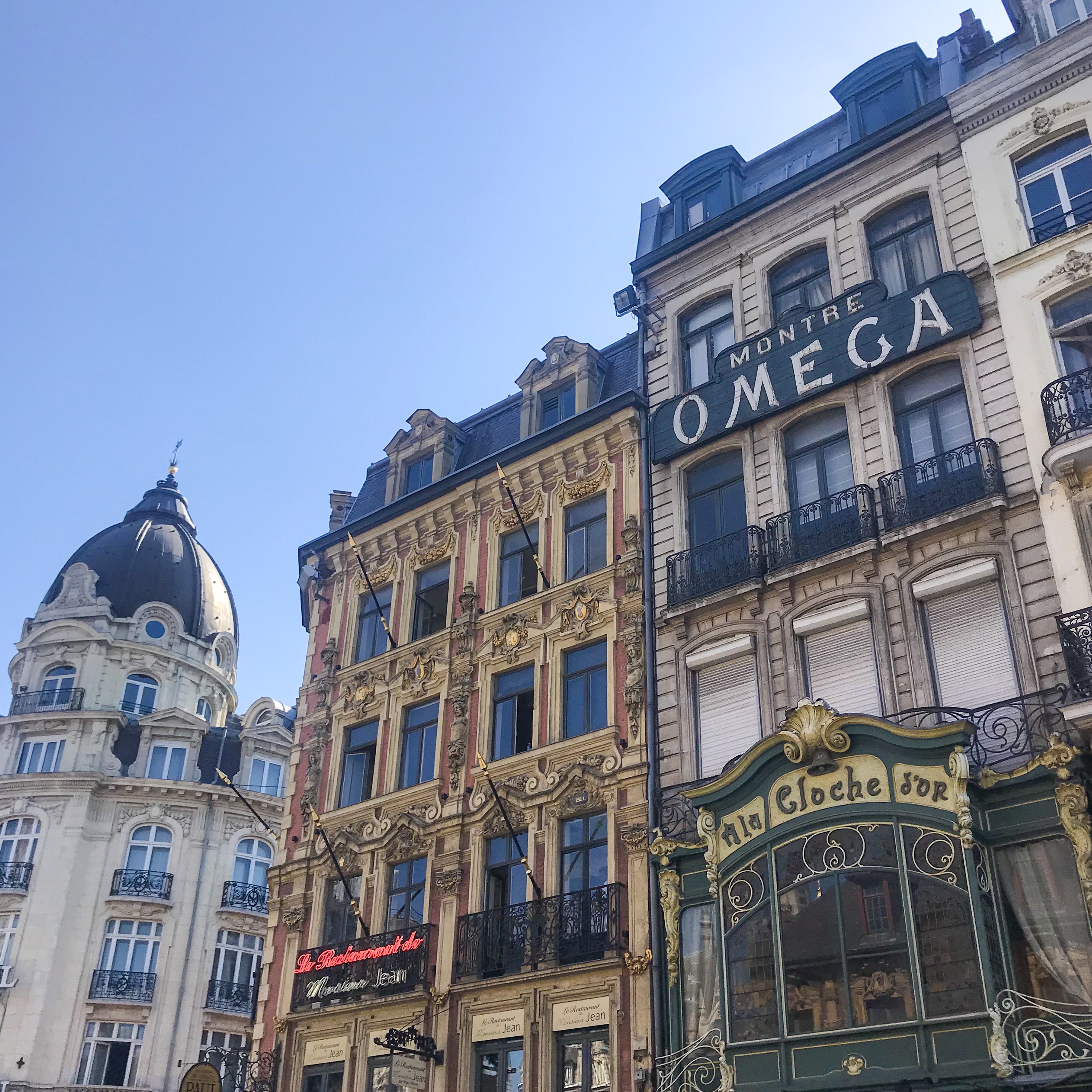 The first stop upon our sightseeing adventure was The Place Charles de Gaulle, named after the French general and later president De Gaulle who was born in the city. Lille’s main square is surrounded with lively bars and restaurants, which make it a great place to do some people-watching. 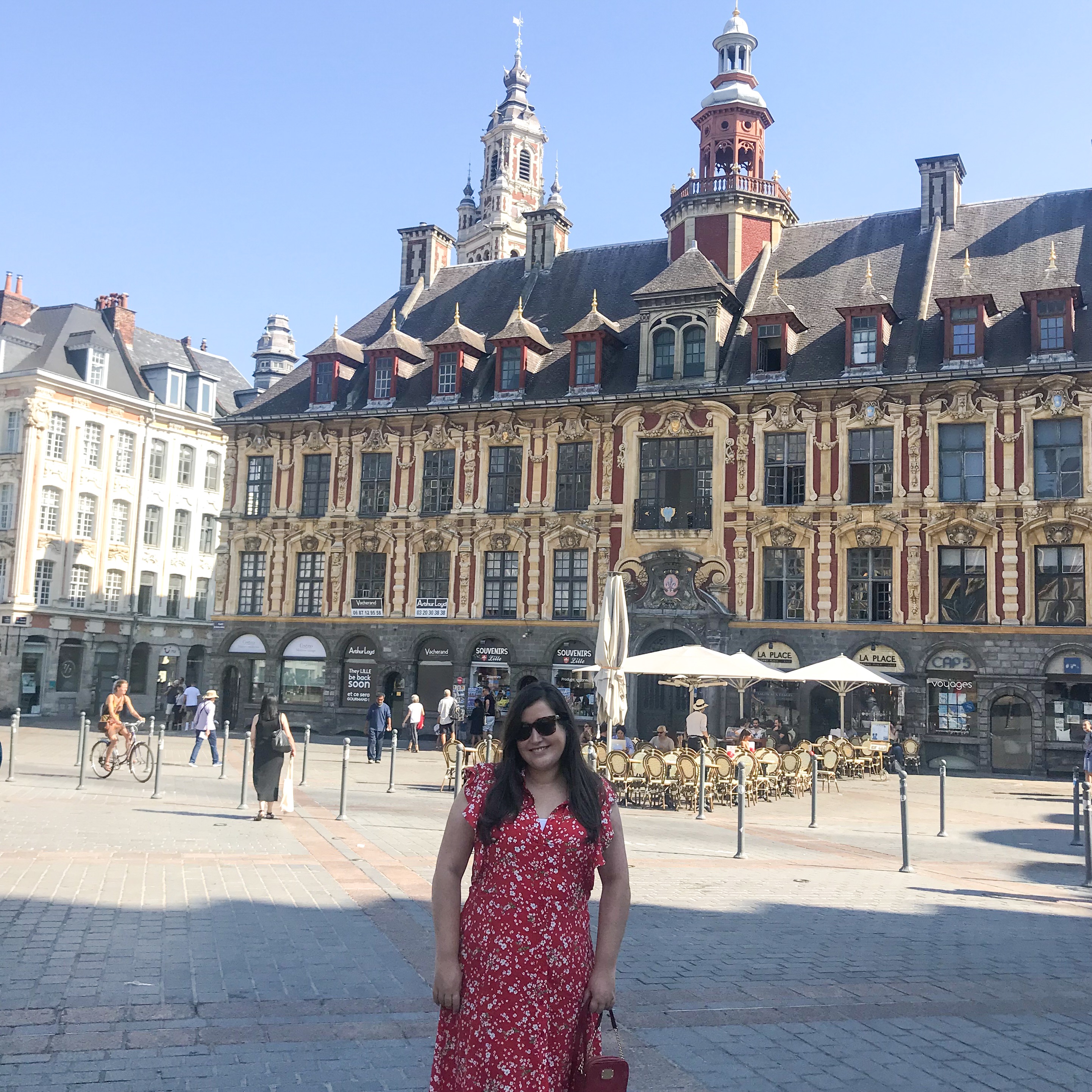 We passed by La Vielle Bourse, the city’s stock exchange which was built 1652. Nowadays you can find book sellers and a flower market in the inner court.

The gorgeous Neo-classical Opera House is situated on the Place du Theatre, Lille’s other picturesque square. Here you can enjoy concerts, theatre and ballet all year round. 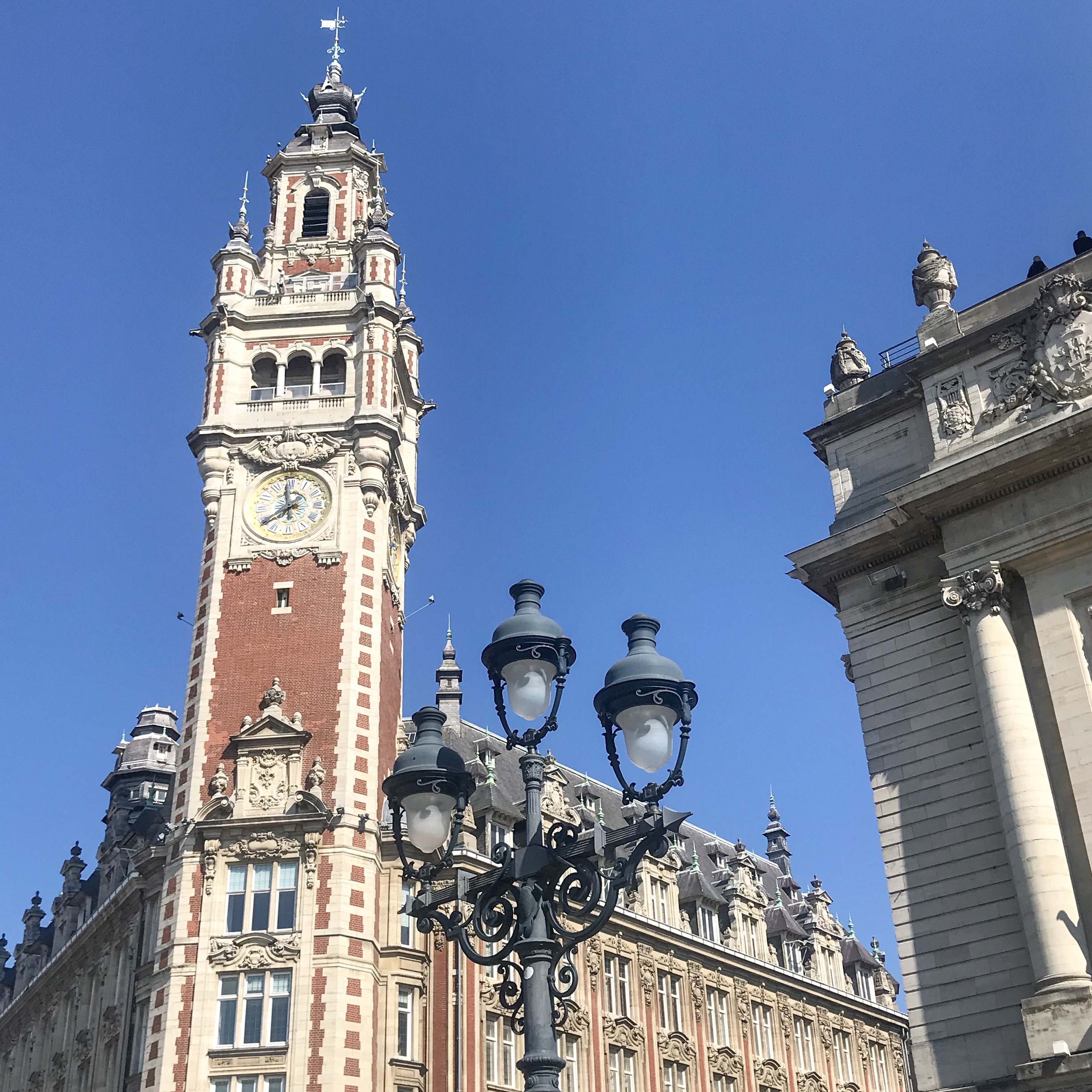 Shopping is one of the top thing to do in Lille. You can find some of the big retailers around Place Charles De Gaulle, but I recommend exploring streets like the rue de la Grande Chaussée (for luxury brands such as Louis Vuitton and Hermès), the rue de la Clef and the Rue Masurel (for independent boutiques and trendy stores), the rue Basse (for antiques), the rue Nationale, the Rue de la Vieille Comédie and the Place Rihour.

There are plenty of nice hotspots where you can have a bite. And yes, because Lille is located on the border of Belgium and France it combines the best of both worlds. If you are looking for the typical local cuisine I would recommend you head to the Place aux Oignins.

I heard a lot about the Italian restaurants from the Big Mamma group, and when doing my Lille research I find out that there was a venture in the city, so I really wanted to have lunch there. La Belezza is located in Rue Esquermoise, one of Lille’s cutest foodie streets. La Belezza serves family cuisine in a crazy joyful Italian vibe. The dished are made with seasonal produce sourced, directly from small producers in Italy. Being the pizza lover that I am I decided to go for the ‘Regina Instagram Pizza’. I was very curious because of the name, but was really happy with my choice as the pizza was really yummy. We arrived at the restaurant half an hour later than opening time and it was already very busy. When we left people were waiting in line to get in, so if you want eat here make sure to book a table in advance! 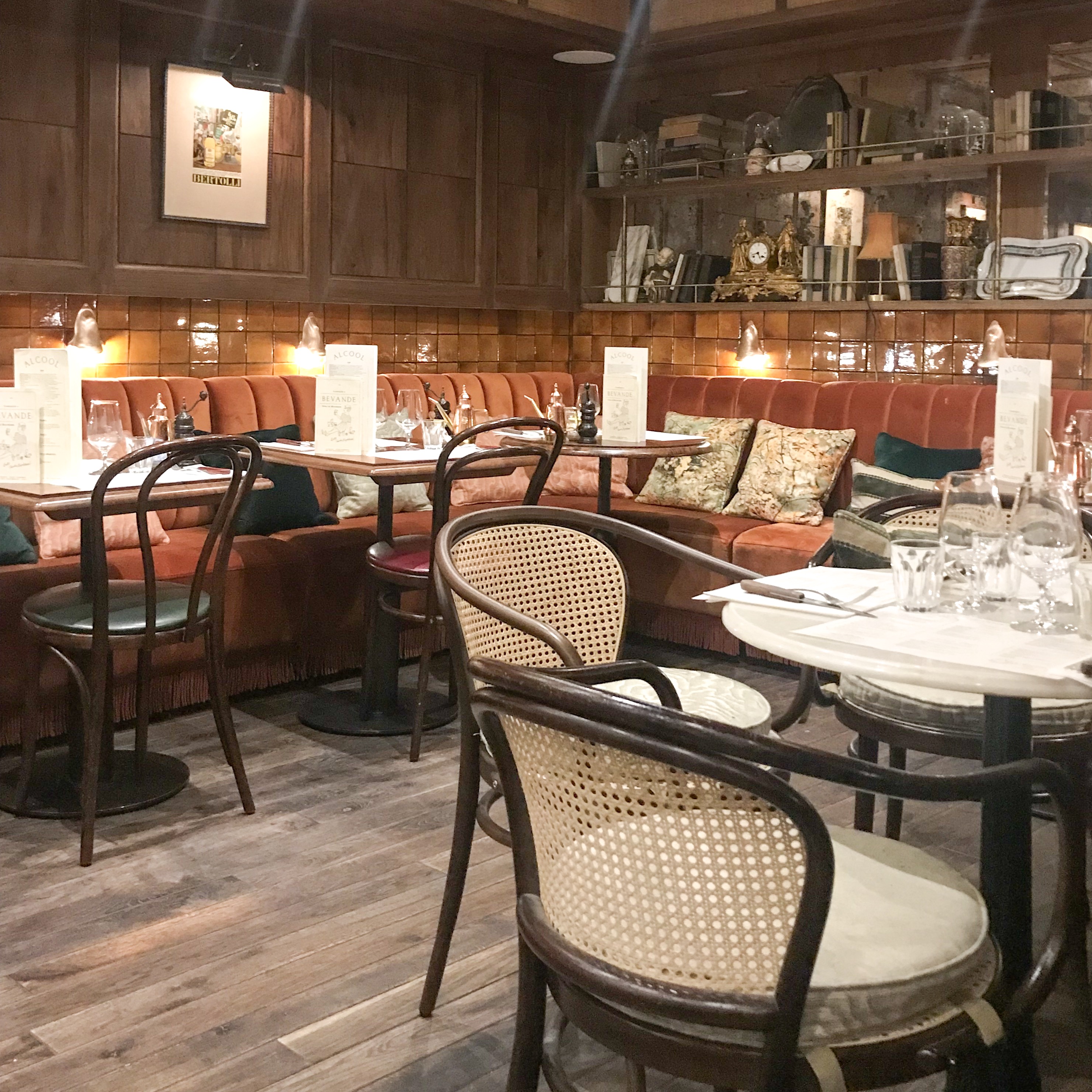 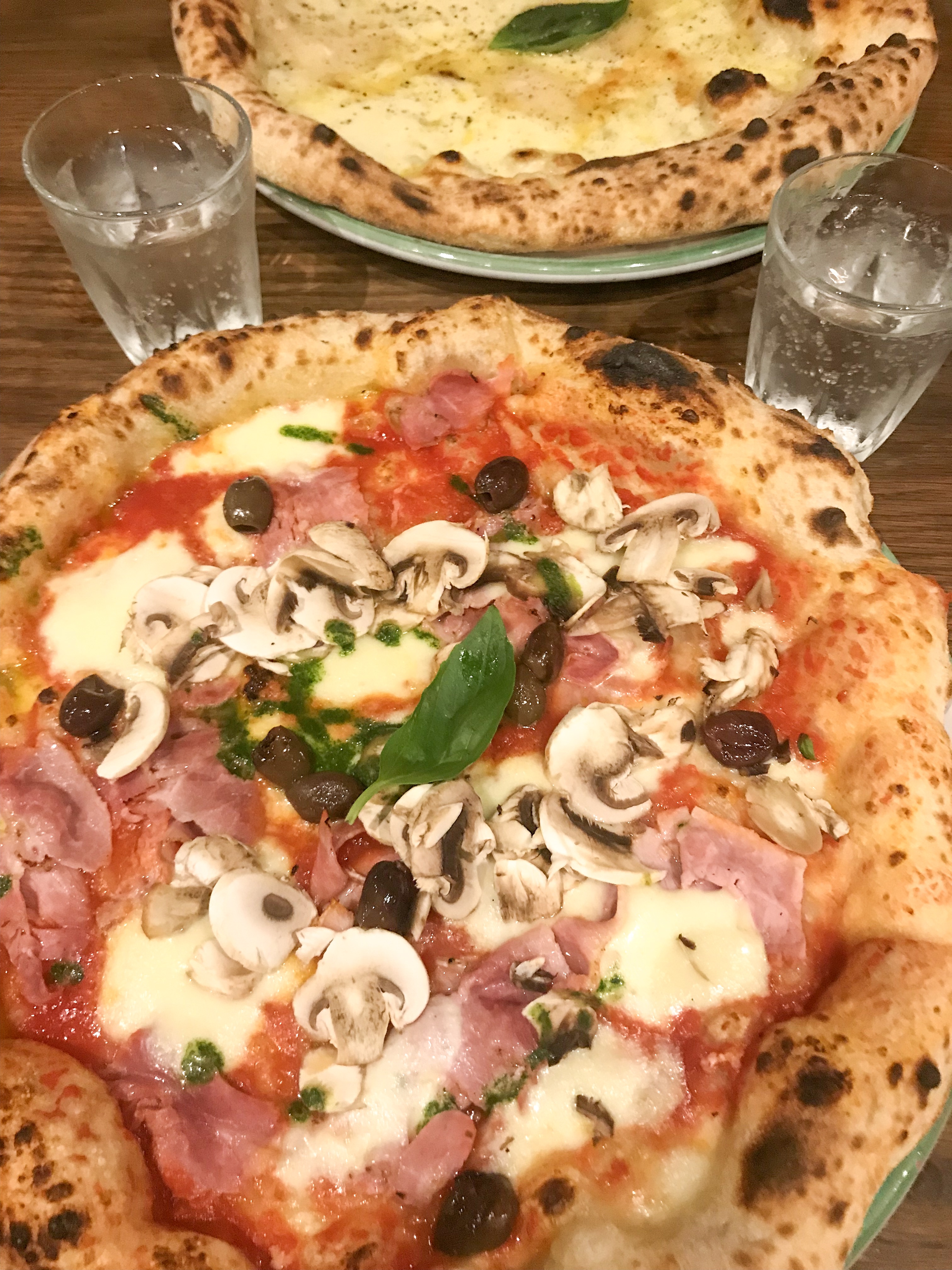 Originally the plan was to continue our shopping spree in Vieux Lille, but it was just too hot outside. Remember those 35° degrees days this summer? This for sure was one them! We craved air-conditioning, so we made our way to Euralille, a huge shopping mall and the place to be for shopaholics. At the moment they are 108 stores at Euralille, both from chains and independent boutiques. You will also be able to find stores in the mall that we don’t have in Belgium (like Sephora!). Hooray for that!

Shopping got us thirsty, so we figured we would check out the recently opened Mama Shelter Hotel just across the street from Euralille. I stayed in Mama Shelter Paris a few years ago and absolutely loved the hotel, so I was kind of curious to find out how the Lille one turned out. We had a quick look around in the public areas and enjoyed a refreshing drink on the rooftop bar before heading back to Ghent. Should I need a hotel in Lille, this is where I am staying for sure! 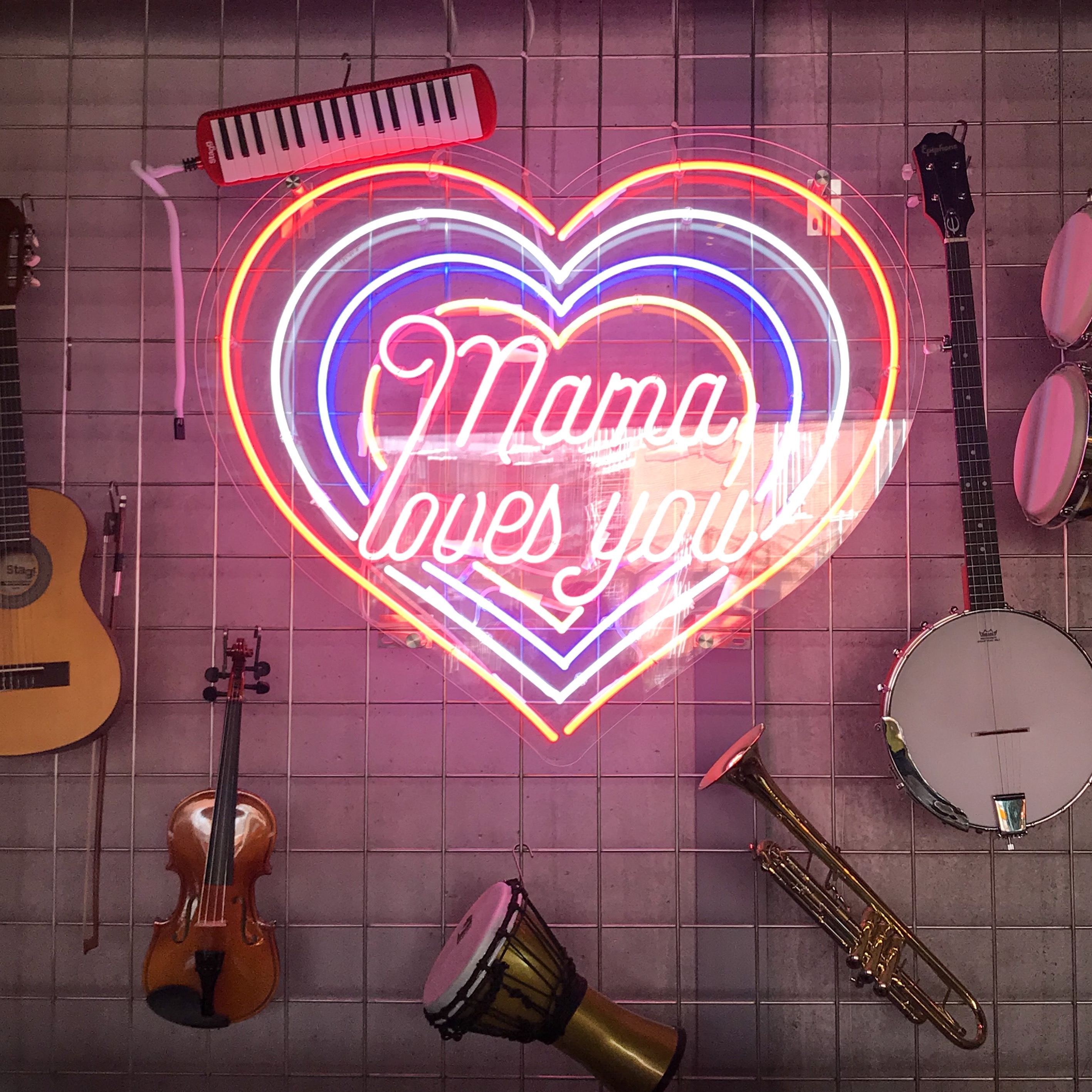 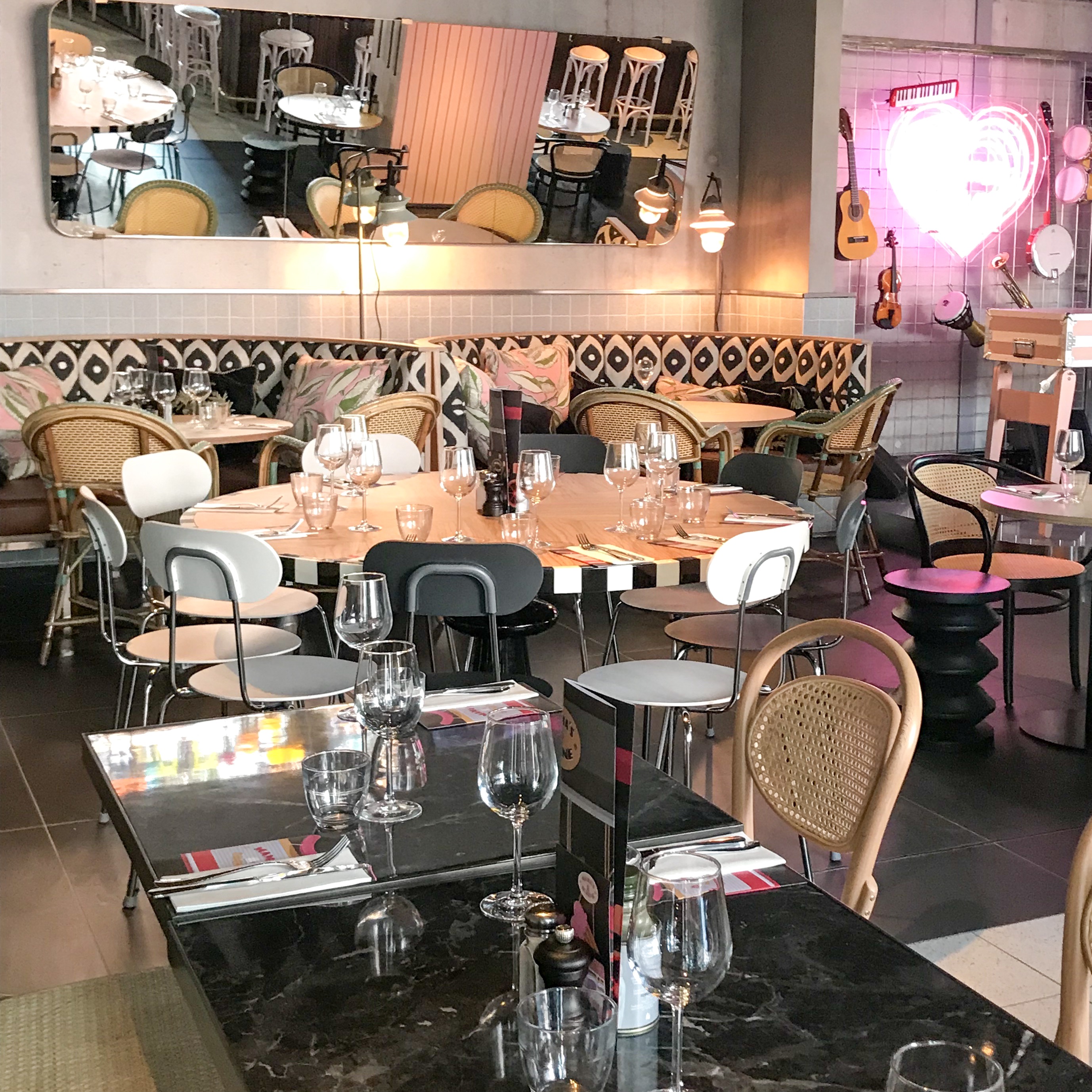