In the previous blogpost I told you all about my favorite foodie hotspots in Porto, so this week we’ll talk sightseeing. Fair is fair: on a cultural level Porto will not keep you as busy as big brother Lisbon does, but it sure has some beautiful sights you can not miss out on while visiting the city. 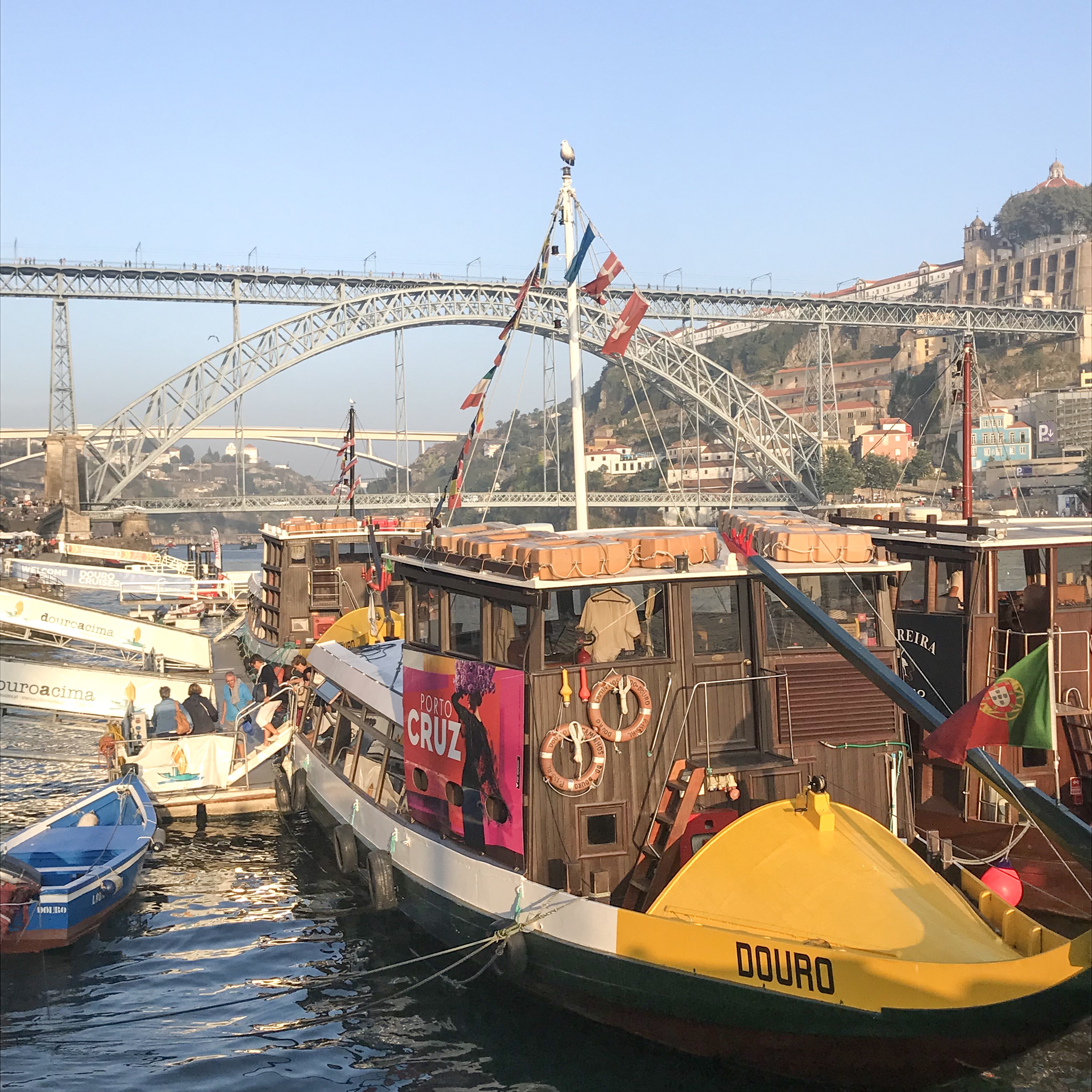 In general Portugal is famous for its colorful ‘azulejos’. One of the most pretty buildings where you can find them is Capella das Almas. It took about 16000 tiles to create this masterpiece. For sure my favorite building in the city! 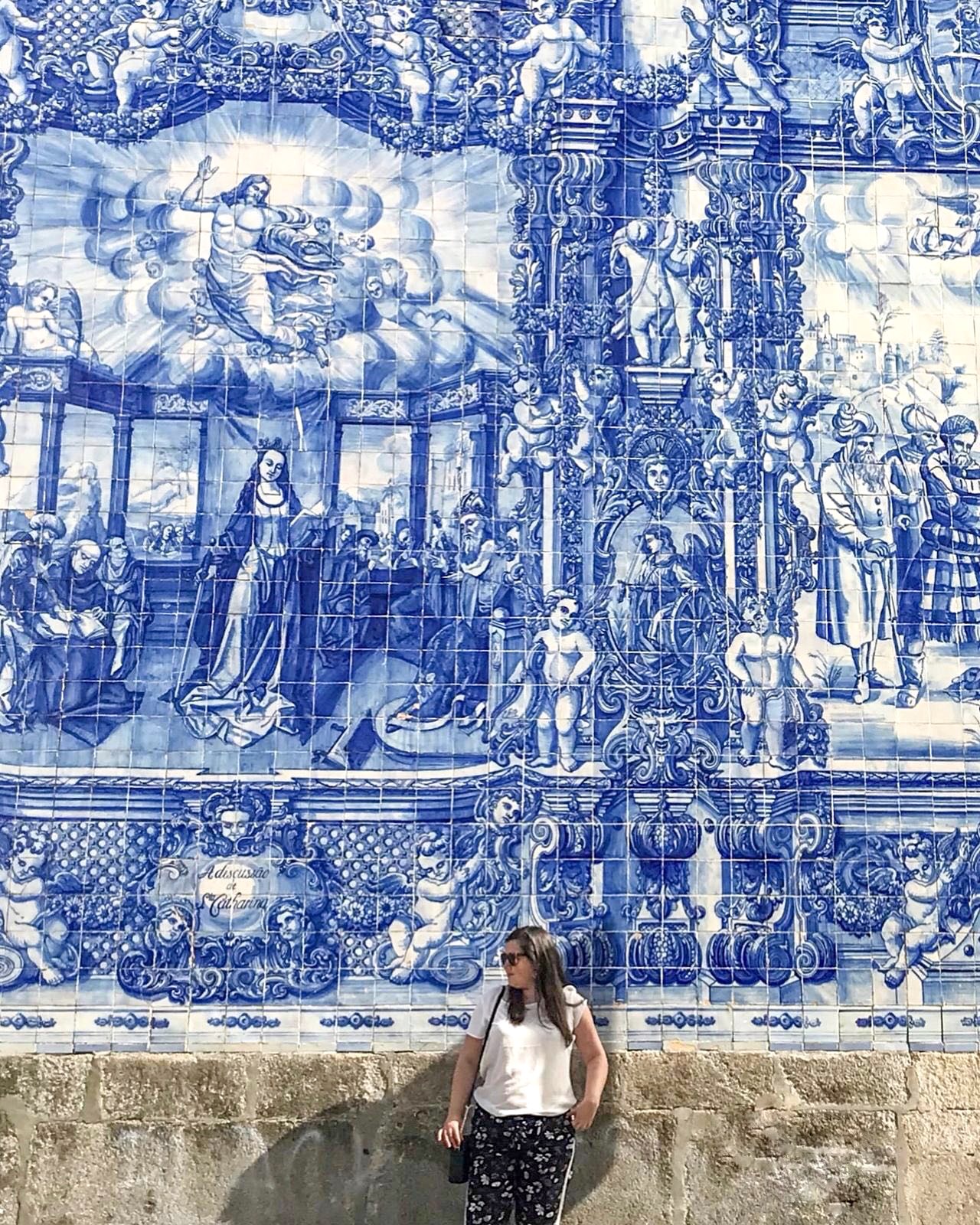 Sao Bento railway station is considered one of the most beautiful train stations in the world and that’s oh so true! It was built in 1893 and is most famous for the tile panels on the inside; representing historical scenes from the North of Portugal. 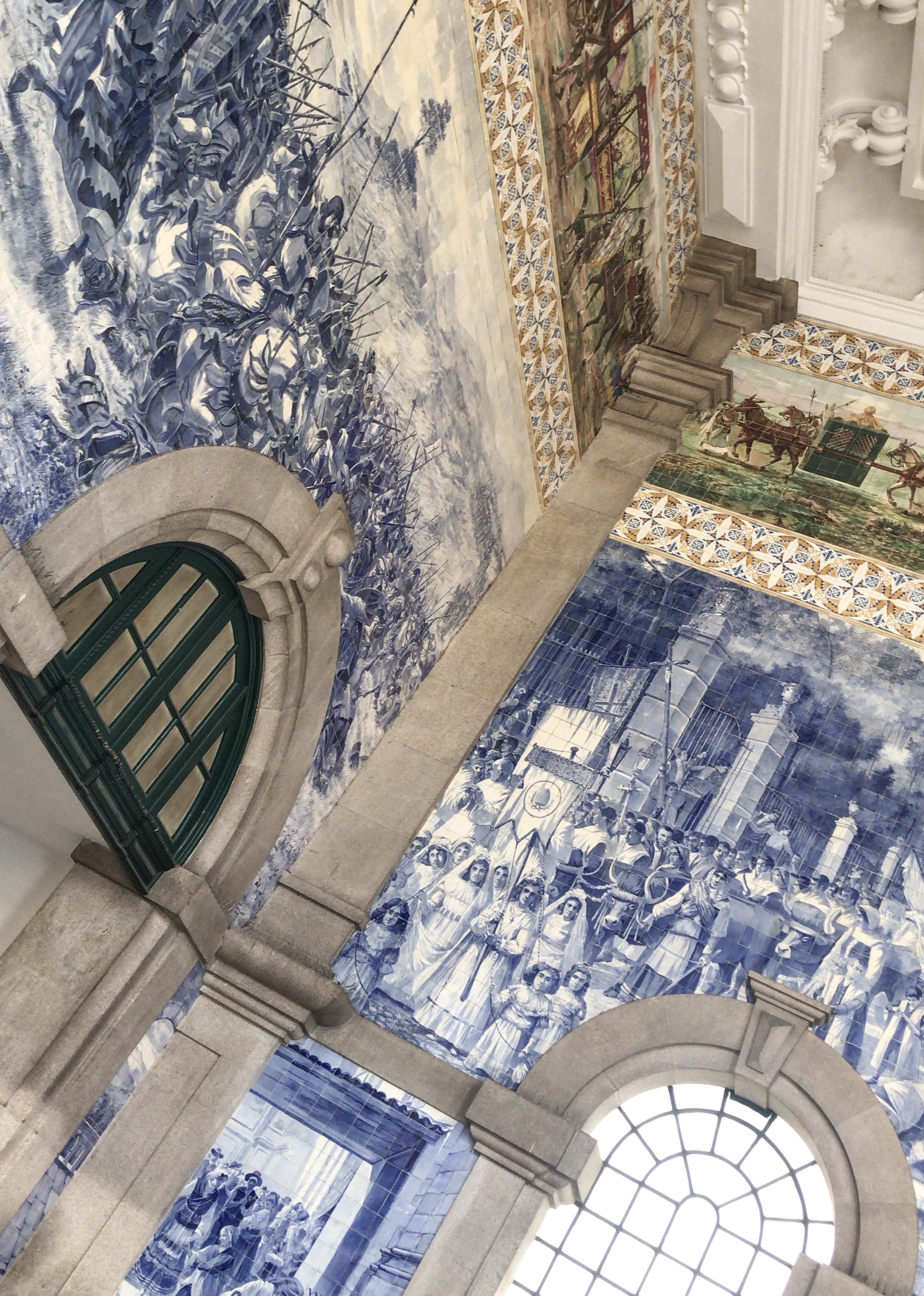 Across the street of the Sao Bento station lays the impressive Sé Cathedral. Sé is the cradle from which Porto grew as a city. It was built in the 12th century, but has undergone many changes since then. 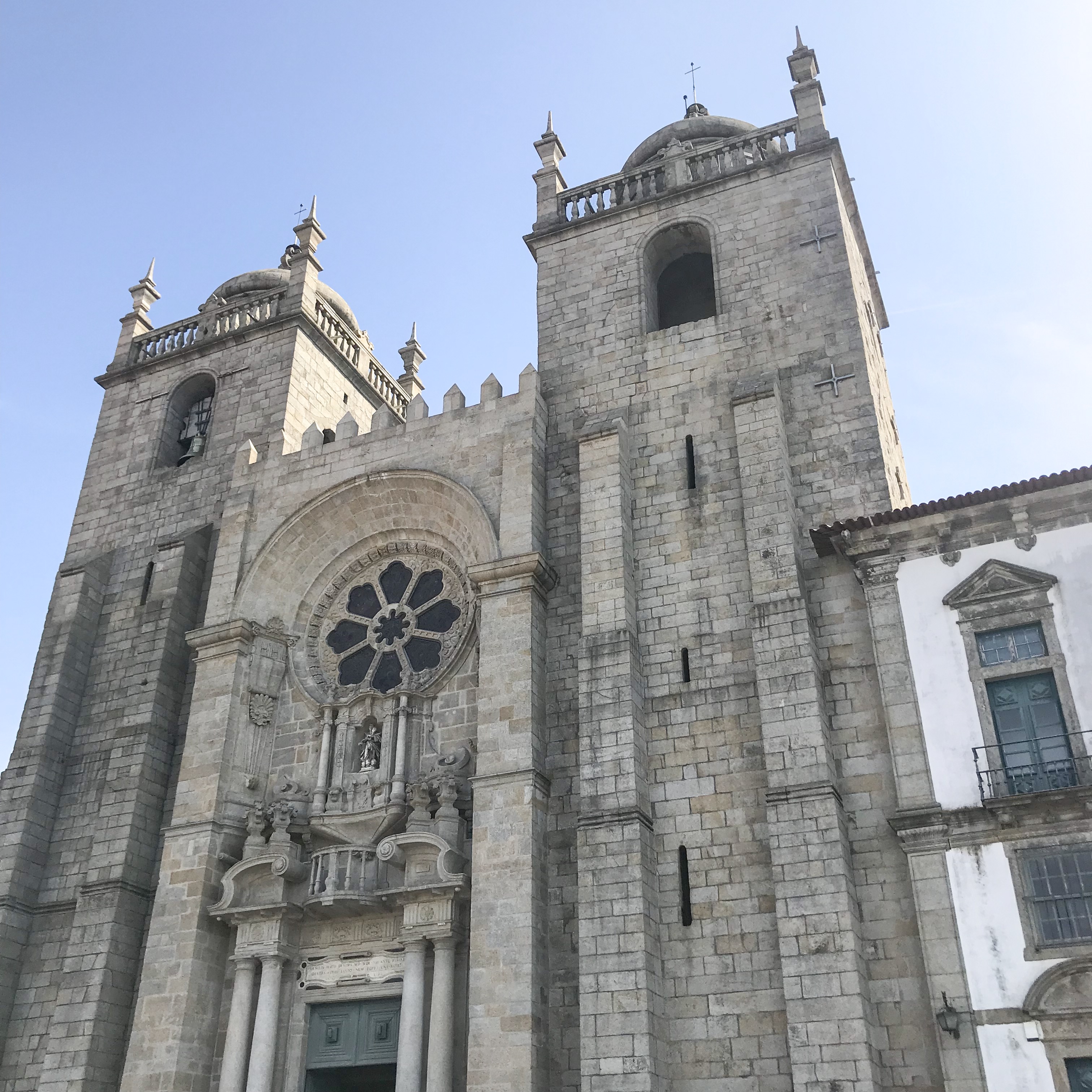 If you like to see the city from a higher perspective, make sure to climb the Clérigos Tower. With its 75 metres height its the highest tower in the country. 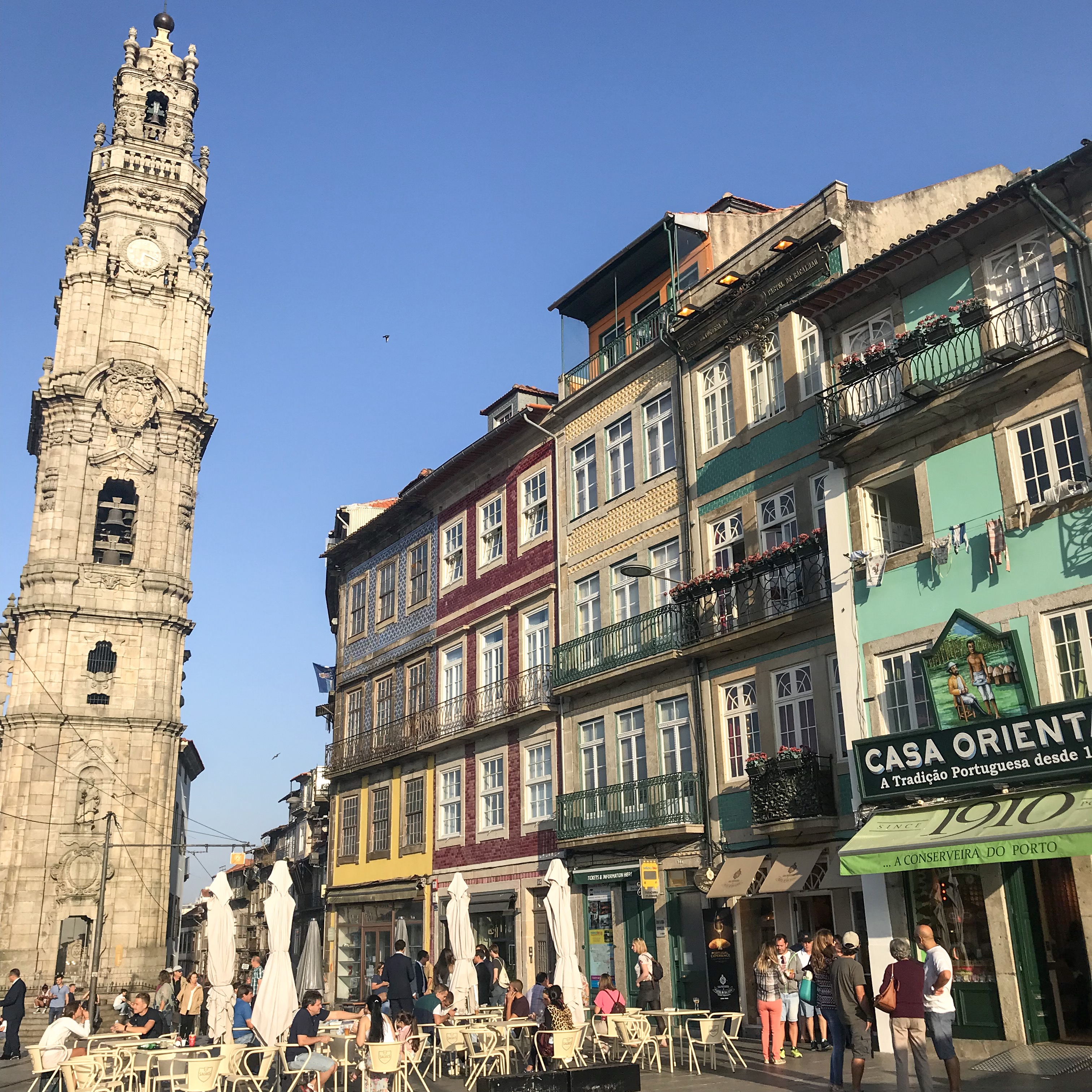 For the best views upon Porto head to Miradouro da Vitória. 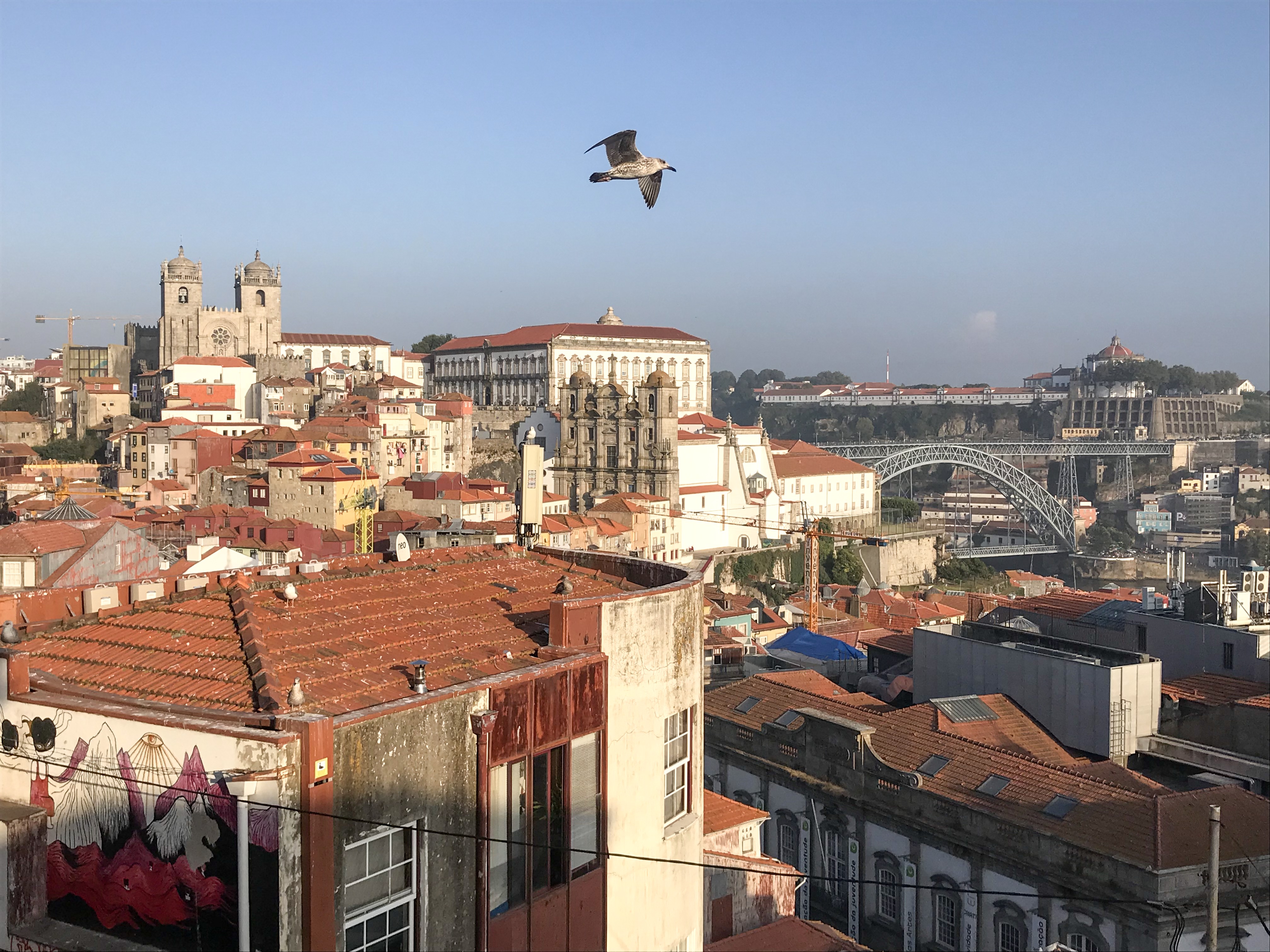 Livraria Lello is the bookstore that J.K Rowling used as an inspiration for the library of Hogwarts in the Harry Potter books and movies. And although the store is impressive, it’s also the biggest tourist trap in the city! You have to pay a €5 entrance fee. Not that I mind paying an entrance fee, but the store is packed with people and because of that you don’t have the time nor space to visit the store properly. You can use the entrance ticket as a discount if buy you a book, but as they are way more expensive than in any other bookstore I would not recommend doing that. In general really not worth a visit.

The Palácio da Bolsa (former stock exchange) was built in 1842 by the Portuguese architect Joaquim da costa Lima. The richly decorated ballrooms show how important trade was to Porto in the 19th century. The square in front of the palace is really nice to sit and relax in, which is very welcome after all the climbing (walking around Porto is a workout)! 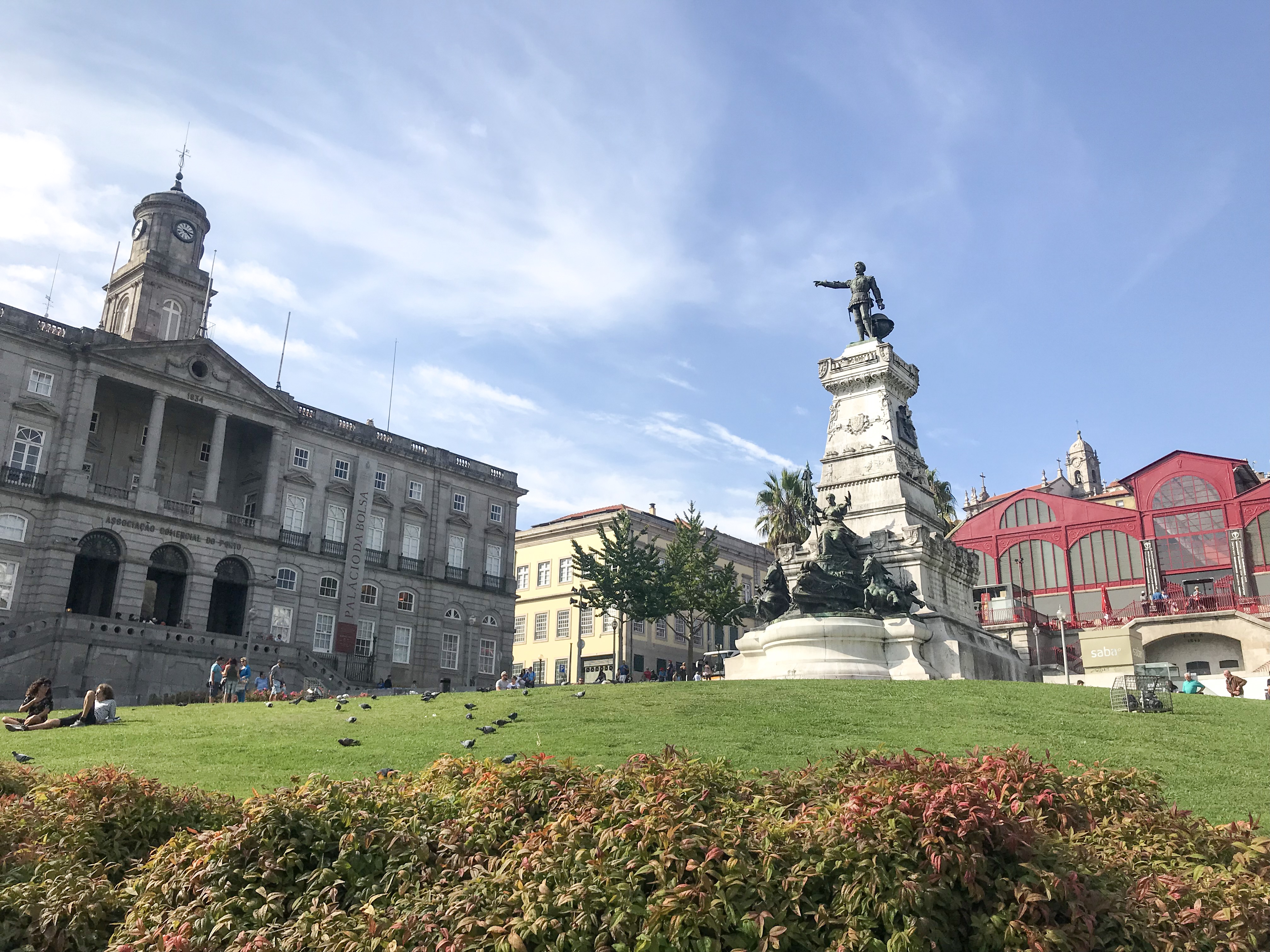 The Dom Luis I Bridge is the most known bridge in the city. It connects Porto to the neighbouring town ‘Villa Nova de Gaia’. The bridge was built by Gustav Eiffel, yes the one that also made a curtain tower in Paris! 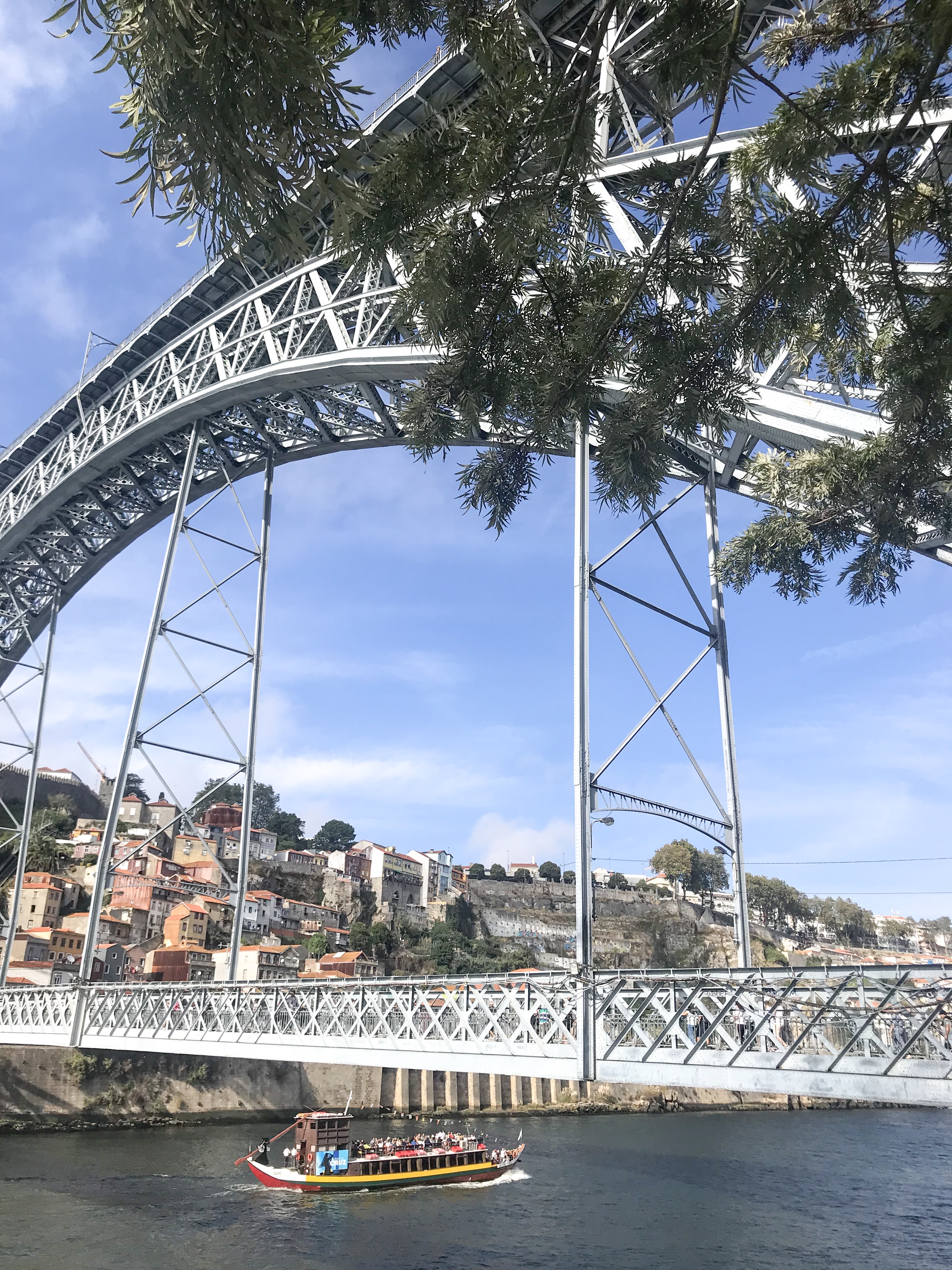 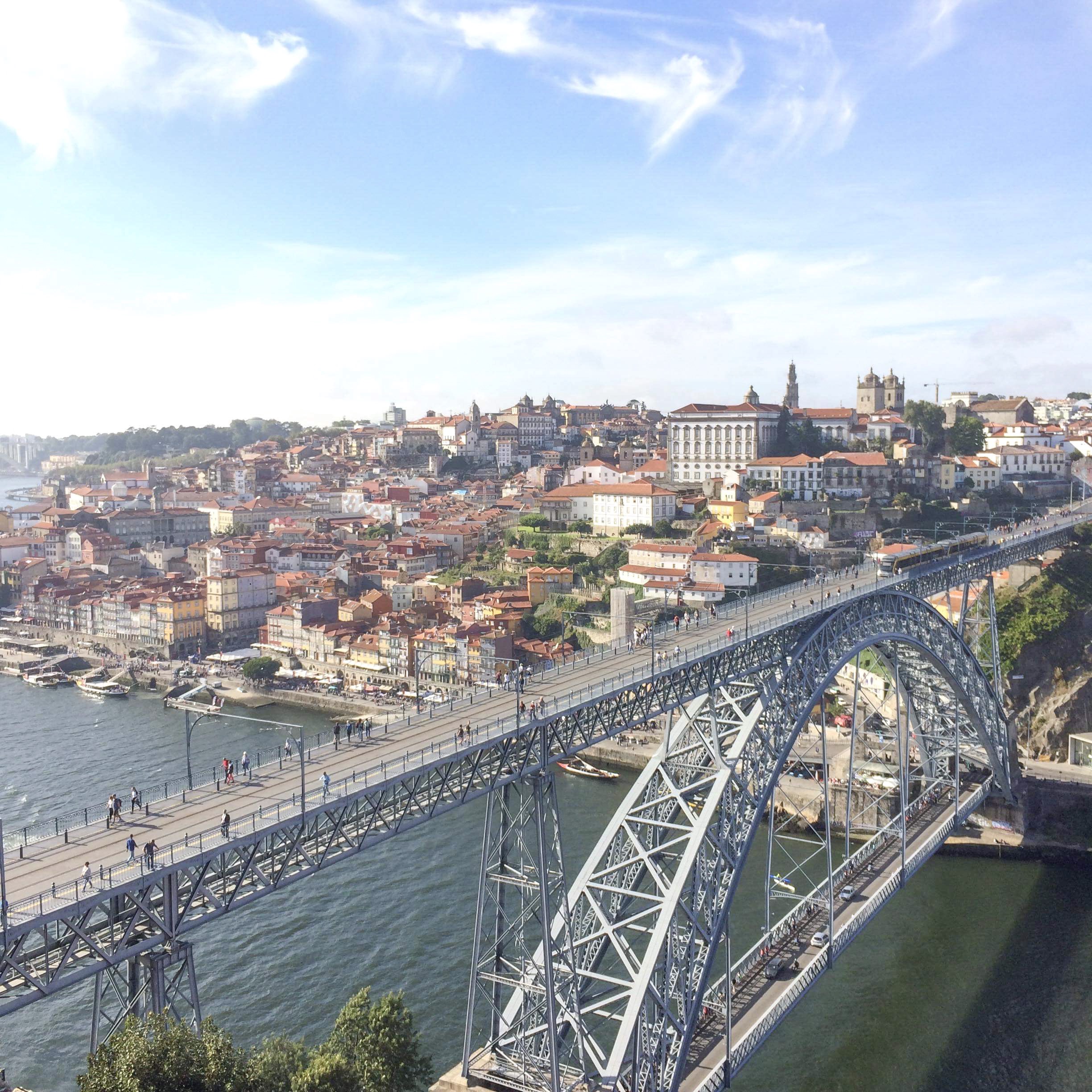 To boat trip… or not?

One of the most popular tours in Porto is the 6 Bridges Cruise. The 50 minute boat trip starts at Ribeira’s Quay and shows you the 6 bridges of Porto: Luiz I Bridge, Infante Dom Henrique’s Bridge, D. Maria Pia’s Bridge, São João Bridge, Freixo Bridge and Arrábida Bridge. The boat trip was fun and a nice break from the sightseeing. The views from the boat, where amongst the best in the city, and when the weather is sunny, it’s always great to be on a boat. I was kind of dissapointed though that there were no explications about the history of the bridges, which I expected there would be, but no! So I had to look up a lot afterwards, which is a pitty in my opinion. They can make the expierence much more interesting. Good to know is, is that the boat trip ticket includes a free Porto tasting at Porto Cruz. Ask for it, because they will not tell you themselves. We visited Porto in September, so we were able to buy the tickets right away, but when you are there in high season, I think it’s better to buy them online in advance, because I can imagine lines will be very long. 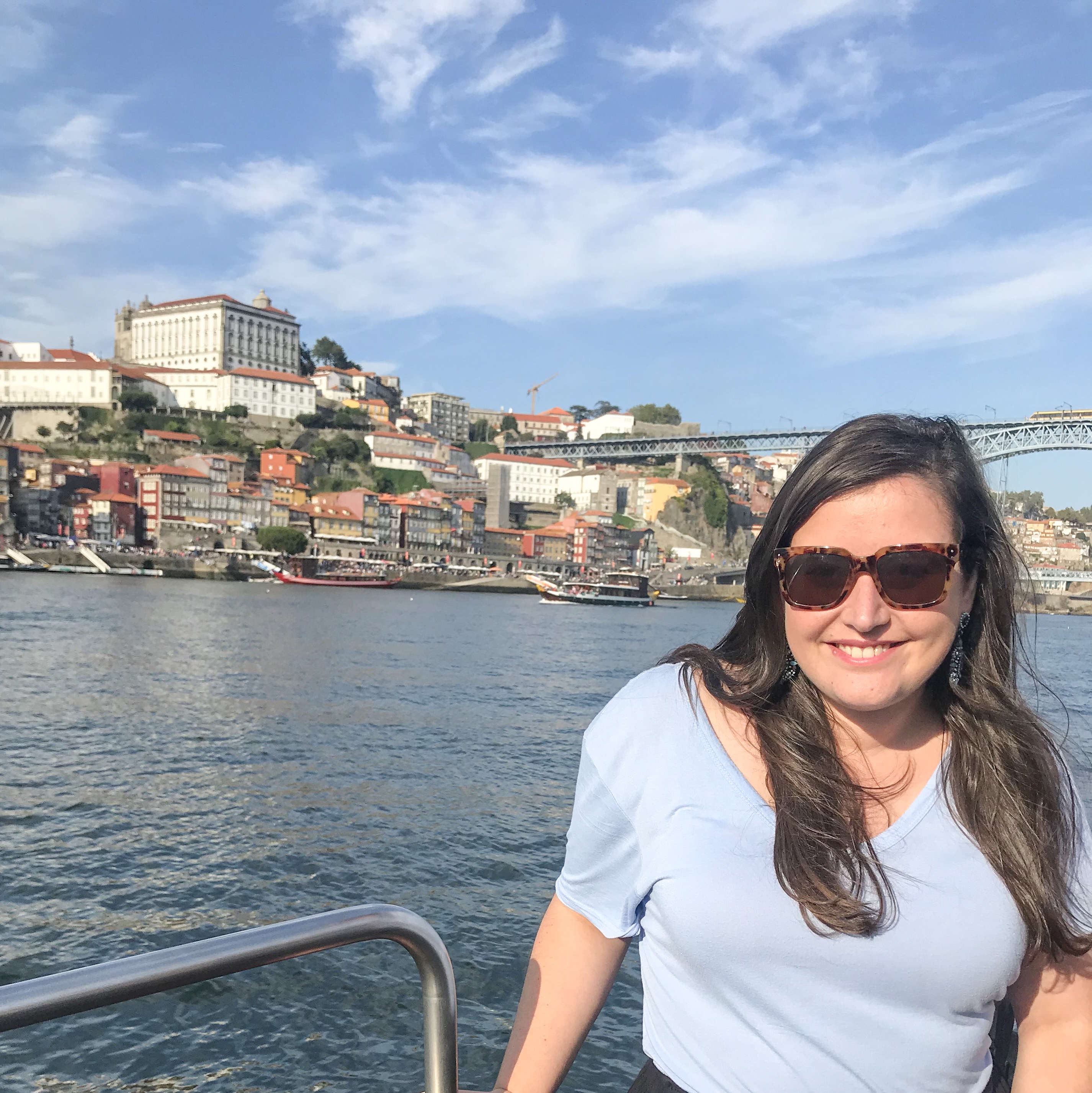 I really loved Porto and the relaxing vibes there. It’s much more a city to simply be and experience; relax in the sun, wander around historic Ribeira and enjoy a glass of Vinho Verde or Port. Please take me back right now!